Brunei Backs Off Buggery Ban, Won’t Murder Homosexuals After All

The southeast Asian country of Brunei has extended a moratorium on the death penalty for violations of sharia law prohibiting gay sex, after a massive backlash by celebrities which included a boycott of luxury hotels and other businesses owned by the Kingdom. 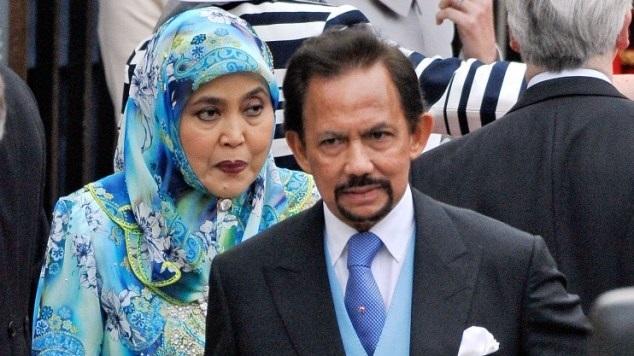 [I]n a rare response to criticism aimed at the oil-rich state, the sultan said the death penalty would not be imposed in the implementation of the Syariah Penal Code Order (SPCO).

Some crimes already command the death penalty in Brunei, including premeditated murder and drug trafficking, but no executions have been carried out since the 1990s. –Reuters

The reversal comes after Brunei fired off an angry letter to the European parliament last month defending its decision to begin enforcing the laws on April 3 in accordance with sharia customs the country adopted in 2014. Parliament had considered imposing asset freezes, visa bans and the blacklisting of nine hotels owned by the Brunei Investment Agency, including the Beverly Hills hotel, Hotel Bel-Air and the Dorchester in London.

“I am aware that there are many questions and misperceptions with regard to the implementation of the SPCO. However, we believe that once these have been cleared, the merit of the law will be evident,” said the sultan during a speech ahead of the start of the Islamic holy month of Ramadan.

“As evident for more than two decades, we have practiced a de facto moratorium on the execution of death penalty for cases under the common law. This will also be applied to cases under the SPCO which provides a wider scope for remission.“

While it appears that those who engage in same-sex sodomy will be spared their lives, no indication has been given as to what will be done to them. There is also no word on what will be done to those who commit other crimes, as the new laws allow for the amputation of thieves and whipping of crossdressers wearing clothes associated with the opposite sex.

In regard to whipping, if that is deemed by sharia courts to be the appropriate punishment, the kingdom said this will be administered only by those of the same gender as those convicted.

“The offender must be clothed, whipping must be with moderate force without lifting his hand over his head, shall not result in the laceration of the skin nor the breaking of bones, and shall not be inflicted on the face, head, stomach, chest or private parts,” it stated. -The Guardian

In late March a boycott led by George Clooney was joined by the likes of  Sharon Stone, Elton John, Jamie Lee Curtis, George Takei and others, who refuse to patronize the Brunei-owned establishments.