How Democrats Plan To Destroy The Market

As US stocks have powered to fresh all-time highs, the health-care sector has emerged as a pariah for investors, as burgeoning support for ‘Medicare for All’ among the Democratic contenders for 2020 – part of an overall shift to the far-left for the party as a whole – has caused panic to set it.

All it took was a few formerly moderate candidates like Kamala Harris to follow Sanders’ lead and embrace Medicare for All, and holders of managed-care stocks were stuck with a $300 billion loss.

But while the price action in health-care has left thousands of investors frustrated, it’s just one harbinger of what could happen to the market depending on the outcome of the Democratic Primary, according to a Bloomberg piece published Sunday. 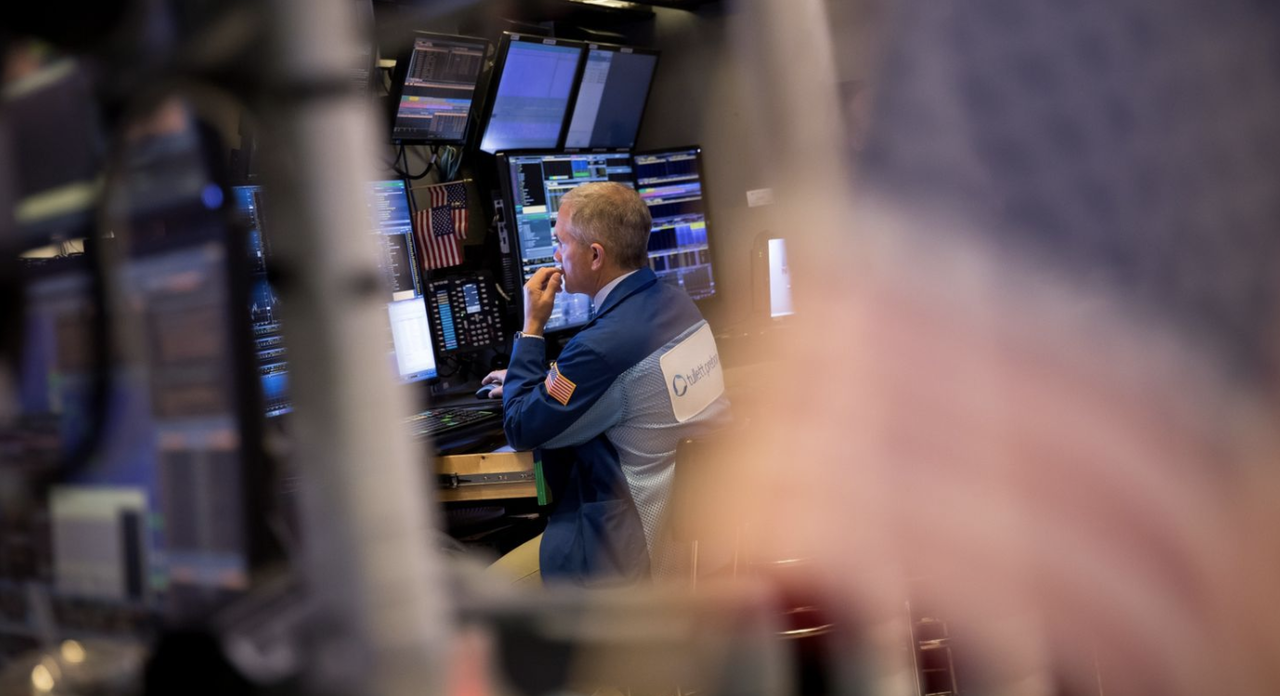 The increasing hostility to Wall Street and corporate America from candidates like Bernie Sanders and Elizabeth Warren, as well as what has become a bipartisan push to curb share buybacks (which would threaten corporations’ position as a crucial marginal buyer powering the decade-long bull market), threatens to spoil the stock-market party inspired by the Trump Administration, which has established itself as the single most market-friendly administration in recent memory. Ultimately, whether any of this legislation passes is irrelevant: A surging tide of support for these ‘progressive’ policies would likely be more than enough to send equities deep into the red.

There has even been some talk of banning buybacks altogether, something that Goldman warned last month could tank the entire market.

And it could all happen sooner than many investors believe possible.

“Most people think that they don’t have to worry about it today,” Ryan Primmer, head of investment solutions at UBS Asset Management, said in an interview. “But we can just look at what’s happened with health care as an indication that you don’t know when it’s going to come.”

The market’s growing unease was evidence in Stephen Schwarzman’s comments Monday at the Milken Institute conference in Los Angeles this past week where he warned that the Democratic candidates and their policies threatened to slow the economic expansion, particularly by pushing for a rollback of tax reform.

Few presidents have aligned themselves with markets as closely as Trump, who cheers records in the Dow Jones Industrial Average and browbeat Federal Reserve Chairman Jay Powell for raising rates. His sweeping overhaul of corporate taxes capped a 35 percent rally in the S&P 500. Not everything has helped, but the image of a Republican-controlled government united in the cause of stocks was one many investors had begun to savor.

Another foreboding indication of just how damaging the Democrats’ approach can be even without legislation behind it is Alexandria Ocasio-Cortez’s success in driving Amazon out of New York City. One portfolio manager described her approach as ‘the exact opposite of what the Trump Administration is doing’.

Enter the opposition, its flag borne by the likes of Congresswoman Alexandria Ocasio-Cortez, whose condemnation of Amazon.com helped keep it from building a New York headquarters. Stocks may remain near record highs and few candidates frame themselves as the outright enemy of equities. But the episodes are evidence that plenty of Democratic contenders don’t view preserving profit margins as a top priority.

“That really is the polar opposite of what the Trump administration has done,” said Mark Stoeckle, CEO and senior portfolio manager of Adams Funds, which has about $2.5 billion under management.

If anything, some Democrats view the underperformance of health-care stocks over the past few months as a sign that their approach is working – because it signals that, for the first time, the market is taking the threat of a Bernie Sanders presidency seriously.

Not that the candidates are shedding any tears. A campaign aide for Senator Bernie Sanders – who is running for the Democratic nomination – touted the concerns among investors as a victory that signals growing support for his ideas like Medicare for All.

The aide said it shows that investors who didn’t consider Sanders a real threat before now believe he can win.

To be sure, health-care isn’t the only industry that the Democrats’ have in their sights. Elizabeth Warren and Bernie have railed against Wall Street, promised to break up the big banks, raise taxes and strengthen regulations.

Warren and Sanders have called for sharply raising taxes on wealthy people and corporations – often calling them out by name – to finance an expansion of the safety net. “Do you happen to know – anybody here happen to know how much Amazon paid in taxes last year?”

Sanders said at a CNN town hall last week. “Zero. All right? Owned by the wealthiest guy in America. That is an absurd tax system, a regressive tax system.”

Warren recently warned that major technology firms are hurting entrepreneurs. “The area around these giants are referred to by venture capitalists, investors, as the dead zone because it means you try to start up a business, you just run the risk that Amazon steps in front of you or Google steps in front of you or they buy you out before you have a chance to get started,” she said last week at the same series of CNN town halls.

Warren has also accused big tech firms of being monopolies that should be broken up (echoing some of the same rhetoric President Trump has used against Amazon). Already, under Trump, the FTC has set up a task force to apply more anti-monopoly scrutiny to big tech.

Other election themes bear watching, say bulls. They include stiffer regulation and the breakup of large companies, something Warren is advocating. Her proposal could see the dissolution of tech megacaps like Amazon.com Inc., Alphabet Inc.’s Google and Facebook Inc., which she’s called monopolies that harm innovation and small business.

“Today’s big tech companies have too much power — too much power over our economy, our society, and our democracy,” Warren wrote in a recent blog post. “They’ve bulldozed competition, used our private information for profit, and tilted the playing field against everyone else.”

Warren’s motion hasn’t done much to the tech sector. Shares of Facebook barely budged following her announcement — ditto for Amazon and Alphabet. But critics say the proposal has the potential to be disruptive in a market that these firms all but dominate.

“You might see Facebook and Google and Amazon try to be broken up. That’s always a risk,” Gary Bradshaw, a portfolio manager at Hodges Capital Management in Dallas, said by phone. “There’s always been this political jargon and fighting and hell raising, so to speak, over the years.”

Bottom line: When President Trump warned ahead of the midterms that if Americans want to see the market and economy tank, they should vote Democrat, he was – once again – right. What’s worse: At this point, progressive Democrats wouldn’t even need to win to crash the market. They would only need to poll high enough to give investors a real scare.

Dow Soars 300 Points Off Overnight Lows: “Be Careful What You Wish For”

And Here It Is: AOC’s Just-Resigned Chief Of Staff Under Federal Investigation