The Fed loves to tell us how necessary and vital inflation is for economic prosperity, but in the case of midtown Manhattan’s “prime” retail real estate, it is doing nothing but helping cause once extremely prominent shopping areas to become the very same “ghost towns” they turned into during the 2008 housing crisis. Mayor DeBlasio’s asinine solution to this issue created in part by faulty government policy? More government and more regulation. So much for the recovery.

As if brick and mortar retail didn’t have enough problems to deal with being methodically decimated by the ever growing behemoth that is Amazon, store owners are now facing rent that is simply so high that it makes it prohibitive for them to open retail shops and do business in once prominent areas of downtown Manhattan.

On Saturday, the New York Post wrote an article confirming our writeup from late March – that these high prices were driving businesses out of town:

If you want to see the future of storefront retailing, walk nine blocks along Broadway from 57th to 48th Street and count the stores.

The total number comes to precisely one — a tiny shop to buy drones.

That’s right: On a nine-block stretch of what’s arguably the world’s most famous avenue, steps south of the bustling Time Warner Center and the planned new Nordstrom department store, lies a shopping wasteland.

It shouldn’t come as a surprise to anybody that Amazon and other online retailers have had a profoundly negative effect on traditional brick-and-mortar retailers. This is the narrative that has been playing out for the last couple of years as we have watched retail stocks like Sears, JCPenney and Macy’s get destroyed while online shopping names have performed extraordinarily well. 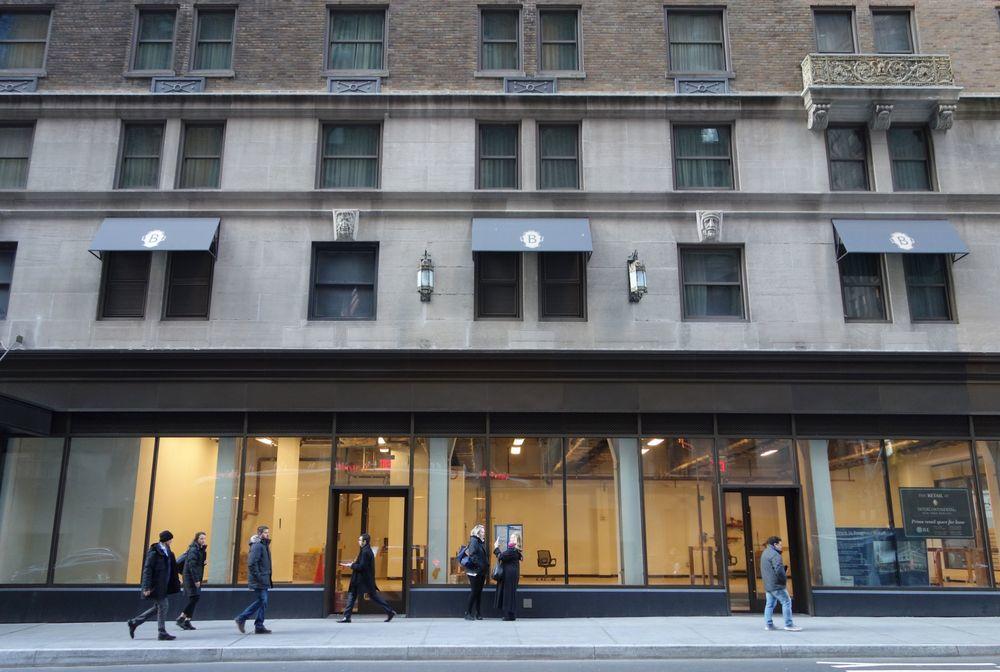 But what may come as a surprise to some is the fact that the constant need to keep prices of real estate and rent rising, regardless of traditional supply and demand, is exacerbating things to a degree where some of the most sought after real estate in the world has now become deserted and barren. The article continued:

The same crisis blights the rest of Manhattan. The people invested in storefront retailing — real-estate developers, landlords and retail companies themselves — tell us not to worry. It’s a “transitional” situation that will right itself over time. Authoritative-sounding surveys by real-estate and retail companies claim that Manhattan’s overall vacancy is only just 10 percent.

But they are all wrong. Bricks-and-mortar retail is shrinking so swiftly and on such a wide scale, it’s going to require big changes in how we plan our new buildings and our cities — although nobody wants to admit it.

And yet, it’s scary to think that one of the city’s great pleasures, window-shopping — which also ensures vibrant, crime-deterring sidewalk life — will become a thing of the past except at certain locations.

At this rate, we face a future where streets will be mostly dark at sidewalk level for miles on end. Third Avenue in the East 60s, Broadway north of Lincoln Center, many blocks in the supposedly thriving Meatpacking District are halfway there already.

What is Mayor DeBlasio’s solution to the problem of rising rents as a result of government policy? More government, of course! He wants to actually fine landlords who keep spaces empty until they fine tenants. Talk about the blind leading the blind:

Mayor de Blasio wants to fine landlords who keep spaces empty until they find tenants who’ll pay astronomical rents. But there’s no fair way to judge who’s actually guilty. Would he punish the owners of the small corner building at 1330 Third Ave. at East 76th Street, who slashed the “ask” from $420,000 a year in 2016 to $360,000 in April 2017 and still can’t find a tenant?

Of course, this really comes as no surprise to us, because in late March of this year we recalled our own 2009 tour of Madison Avenue to discover that it also had turned into a ghost town. Just a week ago we told our readers that the ghost town that was New York’s “Golden Mile” was not surprising: after all the US economy had just been hit with the worst recession since the Great Depression, and only an emergency liquidity injection of trillions of dollars prevented a global financial collapse.

What is more surprising is why nearly 9 years later, at a time of what is supposed to be a coordinated global recovery, a walk along Madison Avenue reveals the exact same picture.

And aside from us and the New York Post, Starbucks CEO Howard Schultz also noticed the disturbing trend, stating at the company’s Annual General Meeting:

Now, as a result of what we’re witnessing, we’re also seeing something else and that is, there is a proliferation around the country right now of empty storefronts. We took a walk in New York two weeks ago from 59th street to 79th on Madison Avenue, and we lost count of how many empty storefronts there were in Manhattan. It reminded me of the cataclysmic financial crisis in 2008. But what’s happening is very simple, the rent structures for the last 5 to 10 years, have been rising at historic rates and retailers do not have the amount of  customers they had during these last 5 to 10 years and could no longer economically survive.

So they’re closing stores and as a result of this, I can promise you just like I predicted in 2014 that rents are coming down and landlords are going to have to get religion, or else their stores are going to stay empty. And we’re already beginning to see a different level of reception in terms of what we believe the cost of occupancy should be. And this is going to bode extremely well, specifically for us. We’re adding almost 700 new Starbucks stores a year. And so we are going to take full advantage of the economic reality of this situation. And as we go forward two, three, four, five years out even though labor is going up in terms of cost of labor, we believe rents are going down and the economic model of Starbucks is going to be enhanced as a result of this macro situation. And we’re just at the beginning of this trend.

So the hilarious irony of Keynesian theory once again rears its ugly head as New York’s current retail apocalypse and prime real estate exodus has, in effect, caused some of the most traversed city streets to look like they did during the financial crisis of 2008 once again.

This is the result of what happens when you engineer a recovery, instead of letting the free-market recover on its own: you get a recovery that isn’t really recovery. The Fed and the media have always been able to duck behind the outperforming stock market as a false indicator of the health of the economy as a “scorecard” for the recovery. But with the market now topping out and reaching levels of significant volatility, and the March jobs number handily missing expectations, how can the Fed justify that their policy continues to make sense when it is putting a good portion of Manhattan into the very same shackles and chains it was in during the crisis we are “recovering” from 10 years ago?