Analysts are questioning Uber’s viability. Many are concerned it will never make a profit. There’s too much competition. 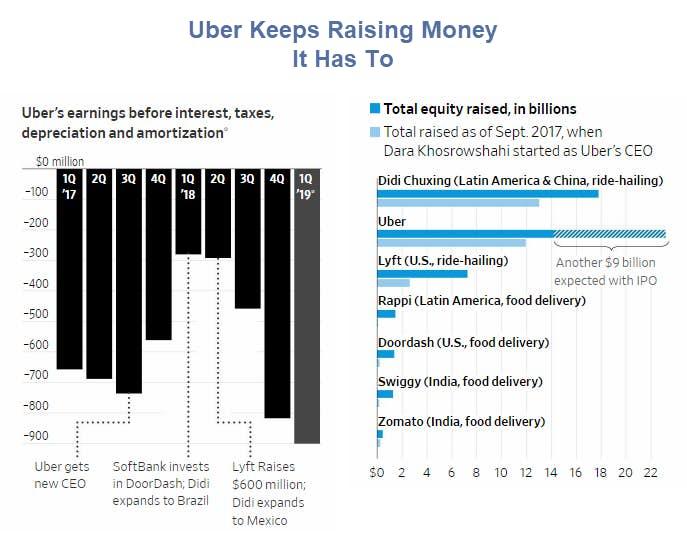 Uber wants to become the Amazon of everything transportation related. But a key question remains: Can Uber Ever Make a Profit?

In Uber’s vision of the future, most people won’t own cars. Riders will hop on electric bikes and scooters for short distances, and summon cars with drivers for longer rides. Takeout dinner will become a vestige, replaced by hand-delivered meals. Garages will empty and parking lots will be ripped up and transformed into grassy parks.

Eventually, robots will rule. Self-driving cars will shuttle people around the roads—and in the air—while drones will make the deliveries. Robotrucks will roam the highways. And Uber will be at the center of it all.

As Uber gets set to go public next Friday in one of the largest tech IPOs ever, Chief Executive Dara Khosrowshahi is trying to sell Wall Street on his vision that Uber will become the dominant force in all forms of transportation.

That mission is threatened by an onslaught of competition from all sides that has intensified in recent months and caused Uber’s loss to balloon to more than $3.7 billion in the 12 months through March—by far the largest loss ever for a U.S. startup in the year before an IPO, according to S&P Global Market Intelligence. 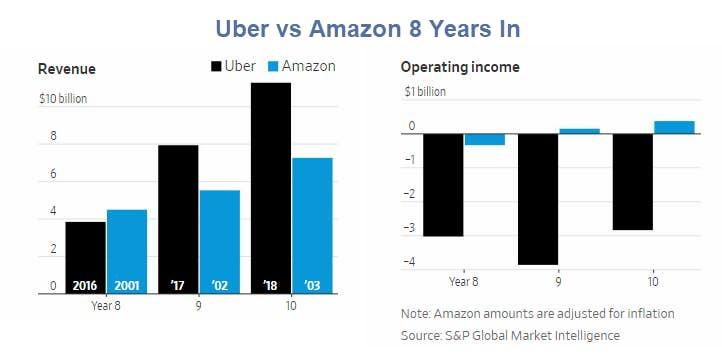 Uber Has to Continually Raise Money

There are no barriers to entry other than raising money. The competition is intense and competitors have learned from Uber’s mistakes.

Uber has a deal with McDonald’s. Uber used to get a 20% commission on deliveries. McDonald’s renegotiated the deal. Uber now gets a 15% commission.

Is that enough to make a profit? Year-to-date number provide a resounding no.

Uber Does Many Related Things, All Poorly

If Uber made money in one place it could afford to have cash drains elsewhere.

In contrast, Uber loses money at everything it does. It is also far behind Google (Waymo) in driverless technology.

As long as Uber has the confidence of investors, it can survive by raising money. But if that confidence wanes before Uber makes enough to pay interest on accumulated debt, Uber is toast.