While investors from around the globe are desperately looking for clues if the simmering trade war between the US and China is about to get rather hot at midnight on Friday, when as the US Trade Rep warned after the close, the US will hike tariffs to 25% on Chinese imports, the not so veiled geopolitical conflict between the two superpowers which has a far greater chance of mutating into a “kinetic” exchange after China expressed its “strong opposition” on Monday after two US warships sailed near disputed islands in the South China Sea.

It was the third time this year that Washington has challenged Beijing’s maritime claims in the region which China has expressly claimed as its national interest, amid escalating rivalry between the two powers.

As we reported this morning, guided-missile destroyers USS Preble and USS Chung-Hoon passed within 12 nautical miles of Gaven and Johnson reefs in the Spratly Islands on Monday, Commander Clay Doss, a spokesman for the US Navy’s Seventh Fleet, said according to Reuters. The territory is also claimed by the Philippines, Vietnam and Taiwan.

Quoted by the SCMP, Commander Doss said the move aimed to assert international rights to “innocent passage” and “challenge excessive maritime claims” in accordance with international law, although Beijing hardly saw the latest US intervention in Chinese backwaters as “innocent.” The incident was the third time this year that the US has conducted so-called freedom of navigation operations in the South China Sea, compared to five publicly reported passages last year and four in 2017.

Predictably, with Trump set to pull the plug on a trade deal between Washington and Beijing, the move drew criticism from Beijing, with the foreign ministry calling for the US to end the provocation.

“The US warships’ actions have violated China’s sovereignty and disturbed the peace, security and order of the region,” ministry spokesman Geng Shuang said. “The Chinese side is strongly dissatisfied and firmly opposed to that.” 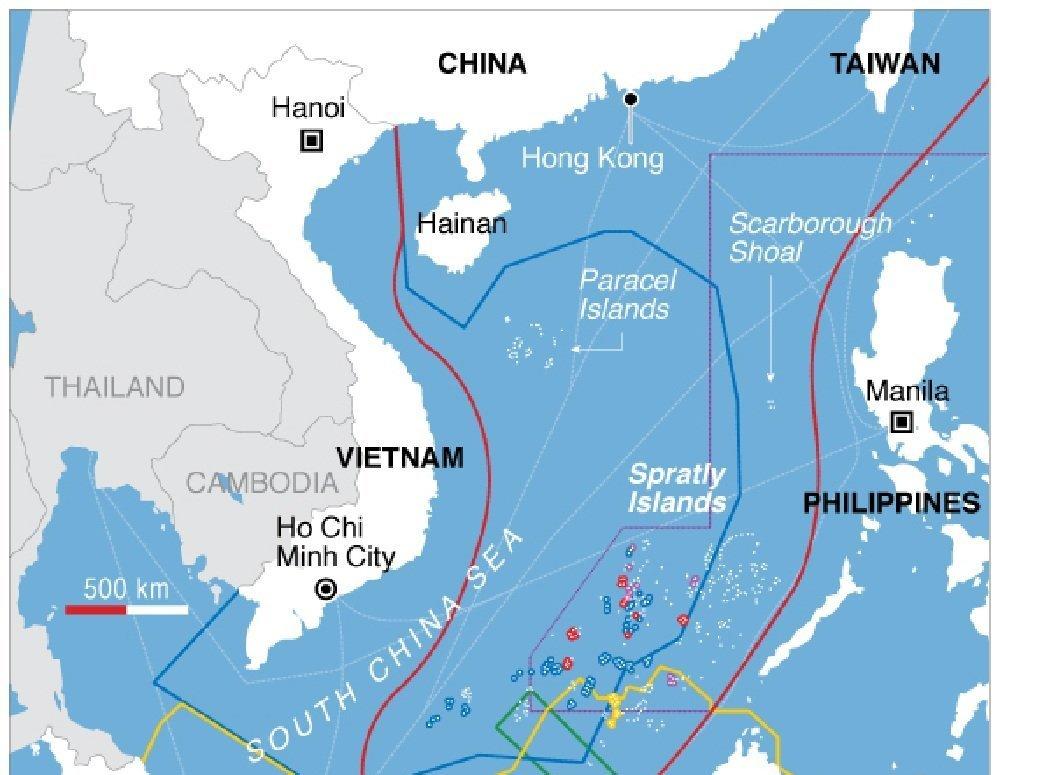 Senior Colonel Li Huamin, a spokesman for the Southern Theater Command of the People’s Liberation Army, said in a message on the PLA Daily’s social media account that the PLA Navy “identified” and “warned off” the US vessels.

The command was on “heightened alert” and would “take all necessary measures” to safeguard China’s sovereignty over the South China Sea, he said.

In a clear escalation compared to recent previous diplomatic retorts, on Monday, Senior Colonel Li Huamin, a spokesman for the Southern Theatre Command of the People’s Liberation Army, said in a message on the PLA Daily’s social media account that the PLA Navy “identified” and “warned off” the US vessels.

Confirming just how infuriated Beijing was with the latest “innocent passage” by US warships, the Colonel said that the Chinese army was on “heightened alert” and would “take all necessary measures” to safeguard China’s sovereignty over the South China Sea.

Meanwhile, signaling that such provocations will not stop any time soon, US Commander Doss said the freedom of navigation operations “are not about any one country, nor are they about making political statements,” which of course, is only half a lie: it is indeed about two countries, the US and China, however such operations are all about making a political statement.

Luckily, so far these statements have not resulted in any major provocative escalations, but if and when the Chinese feel they have nothing more to gain by remaining cordial with the Trump administrations, expect something to break, especially since as Admiral Phil Davidson, head of the US Indo-Pacific Command, suggested in February, naval operations by the US and its allies like Britain would become more frequent.

A similar patrol in September, also near Gavin and Johnson reefs, resulted in a near collision when a US destroyer was forced to make a last-minute manoeuvre to avoid hitting a Chinese warship. Next time when a US and Chinese warship go head to head, it is almost certain that there will be no last-minute evasive manoeuvers.

David Rapp on Harnessing Accounting to Your Purpose