Boeing Admits ‘Mistakes Were Made’ During Development Of 737 MAX 8

Following a series of conflicting reports claiming that Boeing didn’t inform the FAA or Southwest, the largest buyer of its 737 MAX 8 planes, that a safety alert warning pilots that an ‘angle-of-attack’ sensor on the planes might be feeding the system erroneous data, risking a misfire of the plane’s anti-stall software, had been made an ‘optional’ safety feature, Boeing has admitted that it wasn’t aware that the alerts had been disabled when it initially delivered the planes, and that it waited more than 13 months, until after the Oct. 29 crash of a 737 MAX 8 owned by Indonesia’s Lion Air, to inform its regulator that it had inadvertently disabled the alerts. 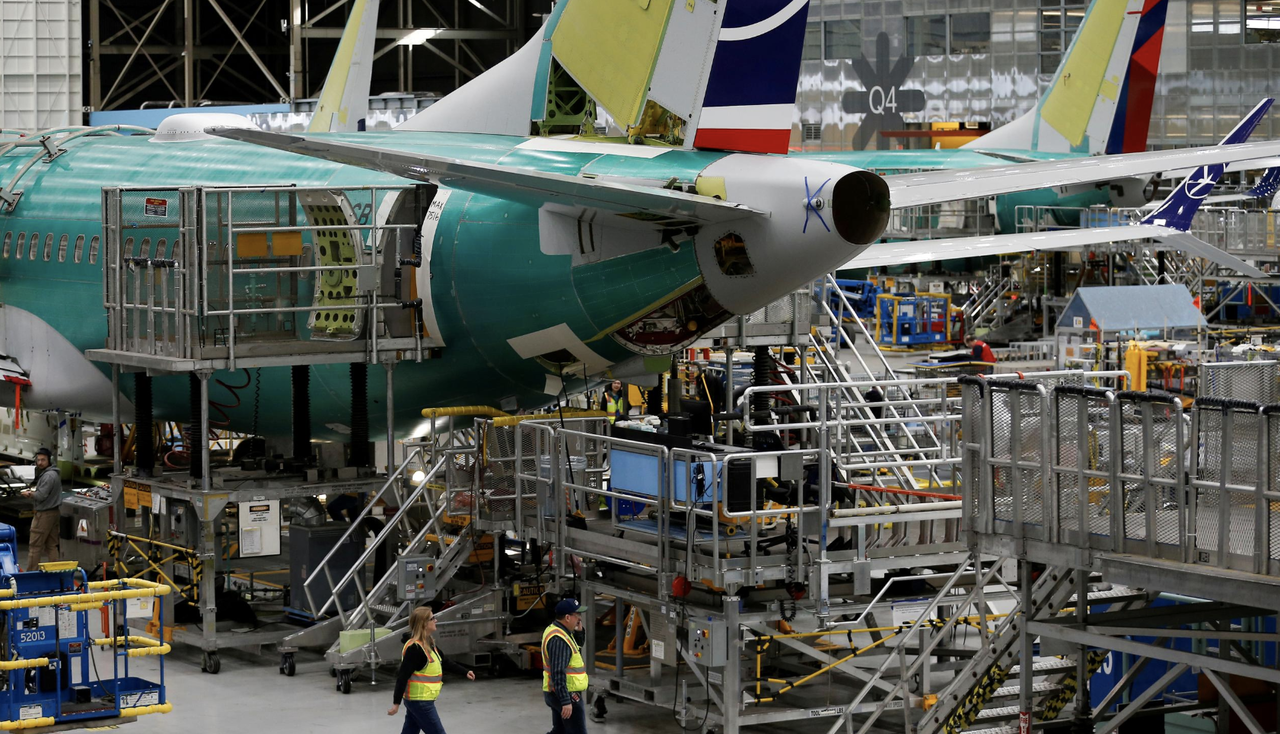 A series of reports by the Wall Street Journal over the past two weeks uncovered the fact that Boeing had made the alerts – which it insists were not a critically important safety feature – optional. Shortly after that initial report, WSJ published a follow up suggesting that Boeing’s decision to disable the alerts was inadvertent, though a spokesman declined to elaborate about how this happened.

Finally, on Sunday, Reuters confirmed that the decision was, in fact, unintentional, but Boeing still waited to inform its regulator and its customers that the alerts had been disabled on planes that didn’t  include an ‘optional’ package of additional safety figures.

This is the first time since the crash of the Lion Air flight and a subsequent deadly crash on March 10 that Boeing has admitted doing something inadvertently during the development of the 737 MAX 8.

However, as we noted in our prior coverage, Boeing’s insistence that the alerts weren’t critical to safety appears to conflict with the preliminary findings from an investigation into the Ethiopian Air crash, which determined that the pilots of the doomed flight were taken by surprise when MCAS – the slight’s anti-stall system – activated and started pushing the nose of the plane down. Their efforts to deactivate the system were unsuccessful, and after manually raising the nose of the plane four times, the plane plunged out of the sky and crashed into a field outside Addis Ababa, killing all 157 people on board. 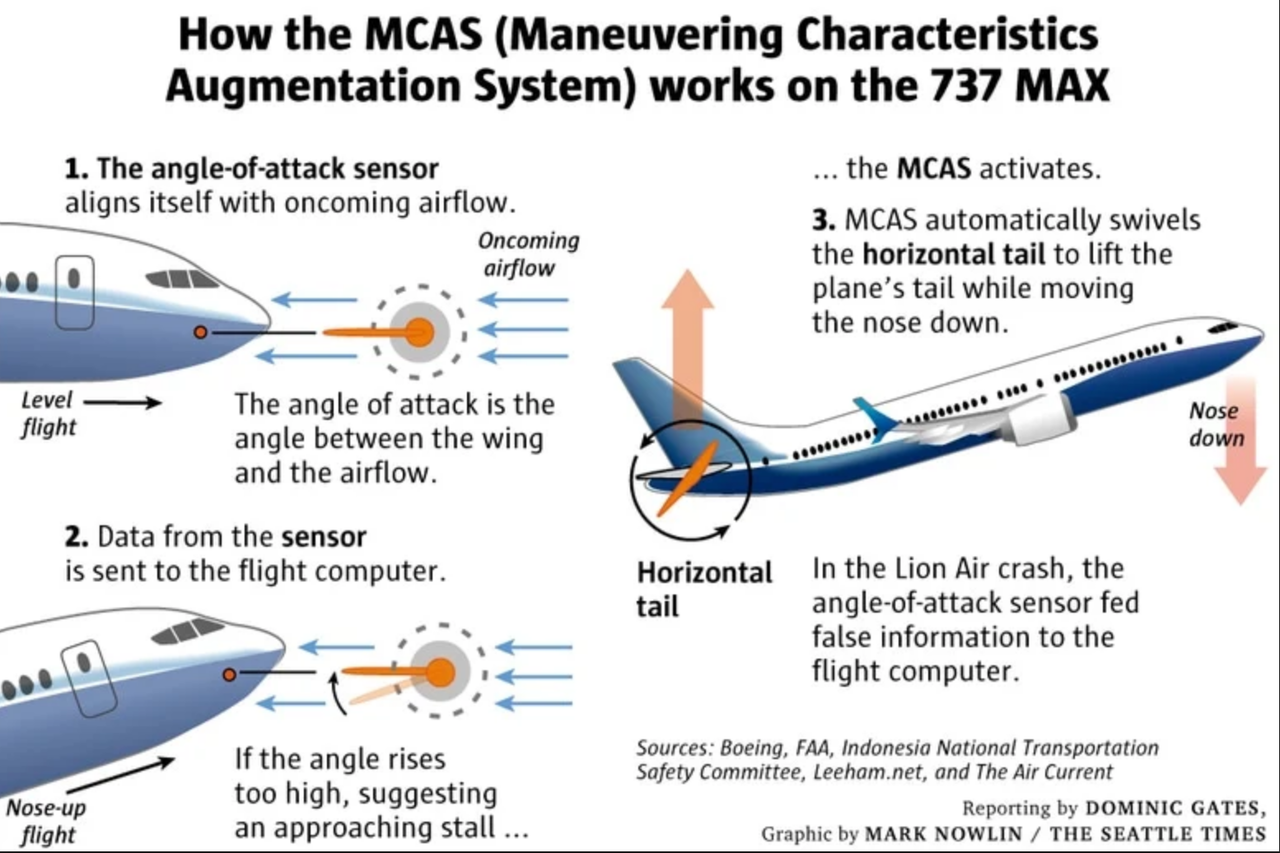 Some analysts have argued that if the pilots of the doomed Lion Air and Ethiopian Air flights had been alerted to the misfire, that more than 350 lives could have been saved.

Boeing has said the feeding of erroneous Angle of Attack data to a system called MCAS that pushed the planes lower was a common link in two wider chains of events leading to both crashes, but has stopped short of admitting error on that front.

The angle of attack measures the angle between the air flow and the wing and helps determine whether the plane is able to fly correctly. If the angle becomes too steep, the flow of air over the wing is disturbed, throwing the plane into an aerodynamic stall. That means it starts to fall instead of fly.

Although the angle itself is key for onboard systems, the industry has debated for years whether such data should be included in already crowded cockpit displays because it is directly related to airspeed, which pilots already scrutinize.

Some analysts and academics say having the AOA Disagree alert installed would have helped Lion Air maintenance crew diagnose a problem on the penultimate flight of the 737 MAX jet that crashed in October, killing all 189 on board.

Boeing blamed the mistake on software delivered by a third-party vendor. The company was let off the hook by the FAA after it came clean, with nothing more than a stern warning.

Boeing said a Safety Review Board convened after a fatal Lion Air crash in Indonesia last October corroborated its prior conclusion that the alert was not necessary for the safe operation of commercial aircraft and could safely be tackled in a future system update.

The FAA backed that assessment but criticized Boeing for being slow to disclose the problem.

Boeing briefed the FAA on the display issue in November, after the Lion Air accident, and a special panel deemed it to be “low risk,” an FAA spokesman said.

“However, Boeing’s timely or earlier communication with the operators would have helped to reduce or eliminate possible confusion,” he added.

Boeing attributed the error to software delivered to the company from an outside source, but did not give details.

Boeing is working on a software update for the 737 MAX 8 to make MCAS less powerful and also ensure that two sensors are always feeding flight data to both the plane’s internal systems and the cockpit. The company has said the update could be finished as early as this week, after it completes a final series of test flights.

However, Boeing’s apparent lack of awareness about the functionality of the safety features on its jets is simply staggering. What’s more amazing is that the market has been unwilling to punish the company’s shares even after this latest batch of revelations that appeared to suggest that Boeing misled the FAA.

But the significance of Boeing’s admission wasn’t lost on everybody.

this boeing story is one of the wildest subplots going on right now https://t.co/LXuzcC9ii0

The Courage of a Nurse: the Story of Edith Cavell

The Alleged Absence of Depressions under Totalitarianism