Submitted by Peter Pham of One Road Research

This past weekend, I finally managed to see Avengers: End Game, which is wildly popular Asia (and across the globe). And interestingly, my friend from Marvel has sent me a script of Marvel’s brand-new superhero series named the Economic Avengers, the new storyline in Marvel’s Cinemeatic Universe (MCU). From the look of it, this tetralogy is going to be blockbuster.

Here is the leaked series synopsis of all four films:

Across the universe, ChiCom has been collecting all the Infinity Stones of Trade Surpluses by exploiting the many loopholes and advantages generated from multilateral trade agreements. Each one of these trade surplus Infinity Stones that ChiCom collects makes him more powerful, and more dangerous.

Why? Because these stones provide ChiCom the power to impose a flawed social and economic paradigm on conquered subjects — currency manipulation, human rights violations, social credit system, and wealth inequality.

These policies, which have been largely ignored and unchecked by the UN for years, are part of the new order which ChiCom plans to spread throughout the universe.

Is it time to fight back against this domination?

Back in Washington, the political system is embroiled in an ongoing civil war. Three years ago, a champion of the forgotten named Captain America rose up and opposed the establishment’s plan to exert control on Americans and their lives.

The two sides draw a distinct line in the sand — many support a large government system, while others desire a smaller, less intrusive government. A civil war erupts between the Iron Men, the industrialists and neocons, and the Patriots. 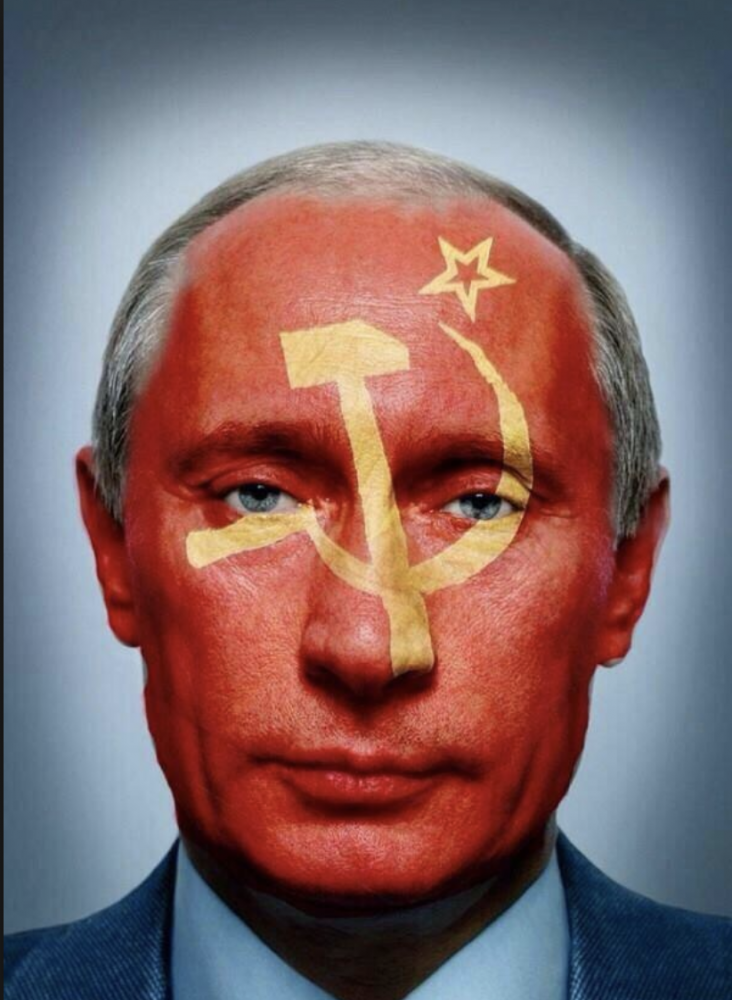 During this conflict Captain America was thought to have gone rogue, allying with the now Russian-backed Red Skull. S.H.I.E.L.D is then sent by Washington to investigate Captain America, yet seems to find no collusion between the superhero and the foreign agents of the Red Skull. With the dust settling, Captain American is able to focus on the real threat to the universe — ChiCom.

After years of successfully hunting and gaining the Infinity Stones of Trade Surpluses, ChiCom was ready to assume full control of the universe as we know it. And ChiCom’s success lies in his influence over Hong Kong and the villainous Wall Street army, who have helped ChiCom carry out his ambitious plan. Universalists, those that look to connecting all known civilizations together for profit, have marveled at cosmic rise of this new power.

To combat this and to help restore balance to the universe, Capitan America and the Patriots initiate fierce battles now called the Infinity Trade War, attacking ChiCom with trade tariffs. 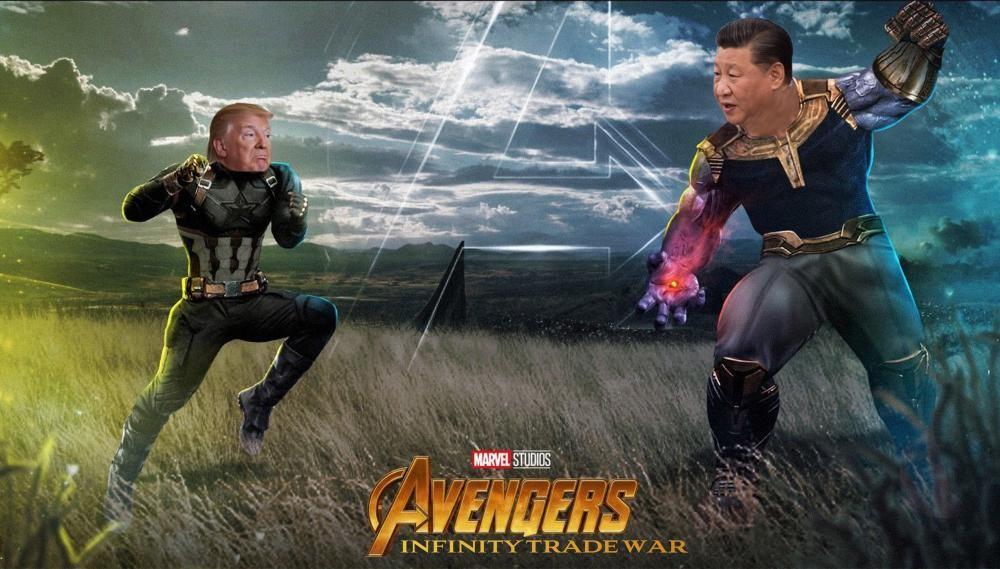 As the war raged on, the patriots naively thought they have a plan to tame ChiCom through threat and negotiation. For months, the public was told that the Infinity Trade Wars were going well, and progress was being made.

But that was until ChiCom raises his Infinity Trade War Gauntlet and uses the combined power of the stones to usher in renegotiation. Just as with the North Korean Summit, patriots like Mike Pompeo suddenly begin to fall one by one. Capitan America doesn’t have much time left.

ChiCom’ master plan is to prolong the Infinity Trade War beyond 2020, which may be when Captain America’s powers recede and he is forced into retirement.

ChiCom has seen how powerful the Ultron Corporations have become in controlling national conversation, so he begins making deals with Ultron sub-units such as Apple and Google in hopes of fostering more dissent and gain more support.

But with the End Game getting closer, Captain America decides to add more tariffs, and ChiCom raises the Infinity Trade War Gauntlet once more…responding with more stimulus, devaluations and tariffs.

And with the snap of his fingers, all trade talks end. 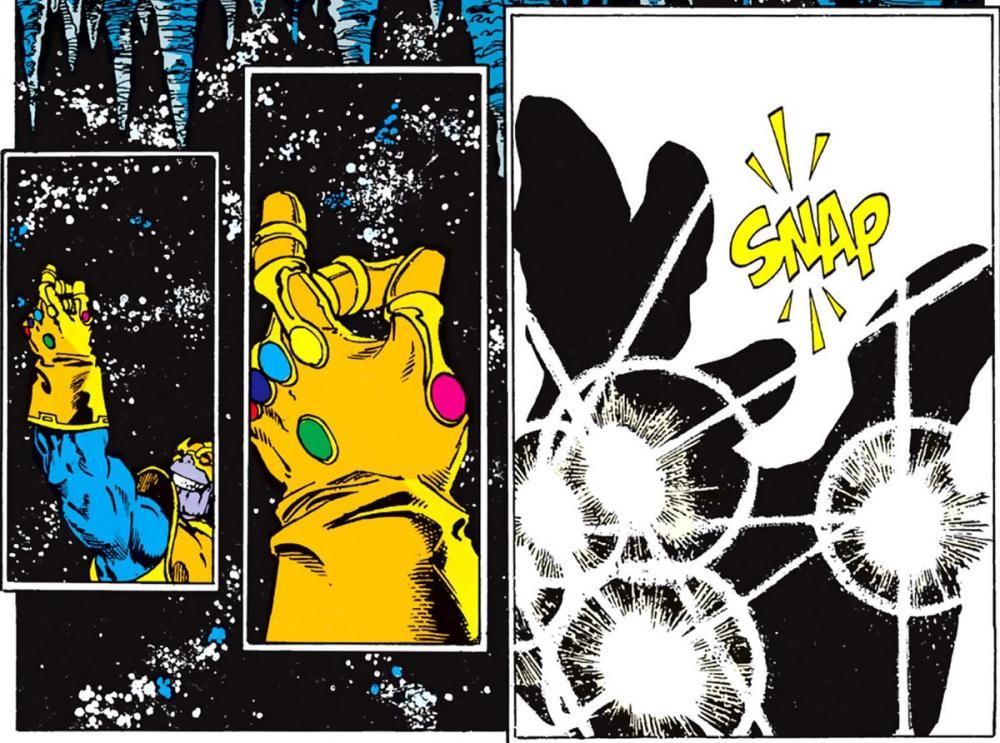 A year later, with U.S. elections passed and the pro-ChiCom ticket won, Capital America has failed to stop ChiCom. However, he has learned the lesson that slow negotiations and tariffs aren’t enough to stop the super-villain from succeeding in taking control of the Universe.

He wishes he could have gone back in time to dismantle ChiCom’ acquisition of the Infinity Stones of Trade Surpluses.

All seems lost. Suddenly, another patriot named Navarro who was stuck in time, appears. He then informs Captain America that the best way to reverse ChiCom’ actions was to implement an unconventional and seemingly backward economic tactic – economic sanctions.

The power of managed trade is now on the table.

The issue with tariffs is that it’s predominantly a tax on importers, and ChiCom as a major exporter doesn’t feel the full brunt of the impact.

Managed trade, on the other hand, is the outright restriction of selected goods from ChiCom, thus taking away the power of his Infinity Stones. The stones could then be distributed to other countries with comparative advantages and aligned goals with the U.S. This is what it means when nations such as Vietnam and others move up the value chain.

And so, Capitan America takes action and implements managed trade, effectively reversing the powers ChiCom’s Infinity Stones and thus redistributing the flow of goods to other nations. The bilateral trade partners that aligned with and benefited from ChiCom become weaker.

The success of One Belt One Road initiative — ChiCom’ ultimate plan for universal dominance — starts to decrease in significance and influence as the flow of exports adjusts to ChiCom’s competitors.

To counter, the super-villain starts to implement a new deficit spending and money printing regimen.

The issue is ChiCom’s powerful army the Children of Xi, its billion–strong consumer base which needs more time to develop their gross national income power. This forces ChiCom to return to the negotiation table and ChiCom capitulates. The terms of the deal are to focus on the reexamination of subsidies, currency manipulation, deregulation, FDI, and FII.

The fight for fair trade is won.

In the final scene, fair trade ushers in a new era focused more on human rights and income equality, as trade and fair competition prevail in the Universe. It also redistributes the powers of the Infinity Stones to other countries, allowing them to prosper.

Captain America and the Patriots successfully prevent ChiCom’ master plan of universal domination and he retires, walking into the sunset with his beauty. 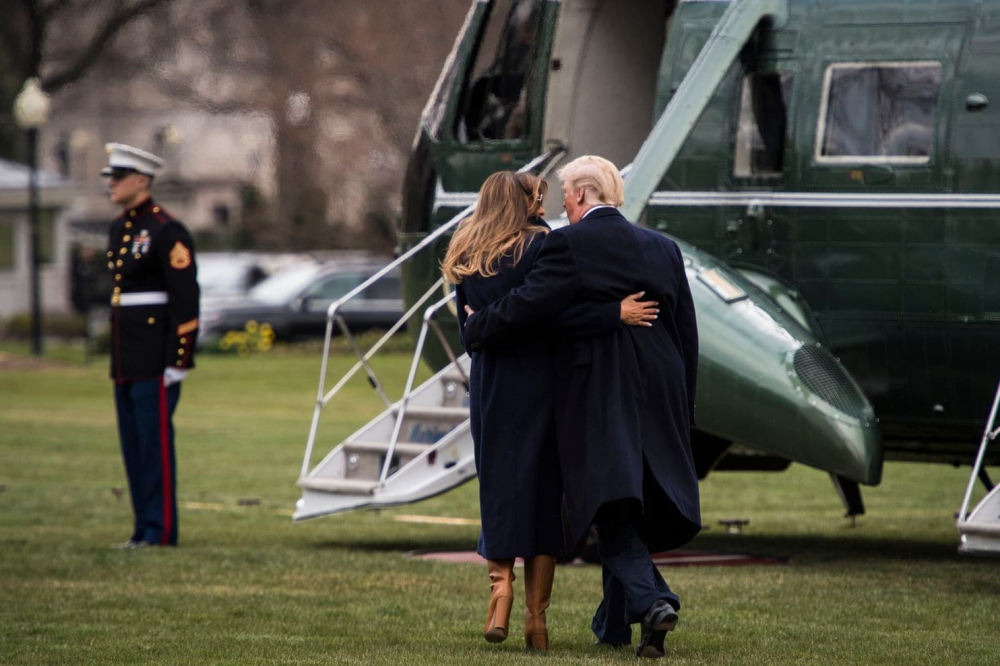