As if to mark one year since President Trump formally withdrew from the JCPOA – better known as the “Iran Deal” – last May, the foreign ministers of the UK, France and Germany, as well as EU foreign policy head Federica Mogherini, on Saturday issued a statement condemning the White House’s decision, and vowing once again to abide by the terms of the deal.

The statement is the latest sign that Trump’s decision to reimpose sanctions on Iranian oil exports could set up the US for a showdown with its allies in Europe that could accelerate the de-dollarization of the global financial system, as Europe continues to work on an alternative payments system to the Treasury-dominated SWIFT network. 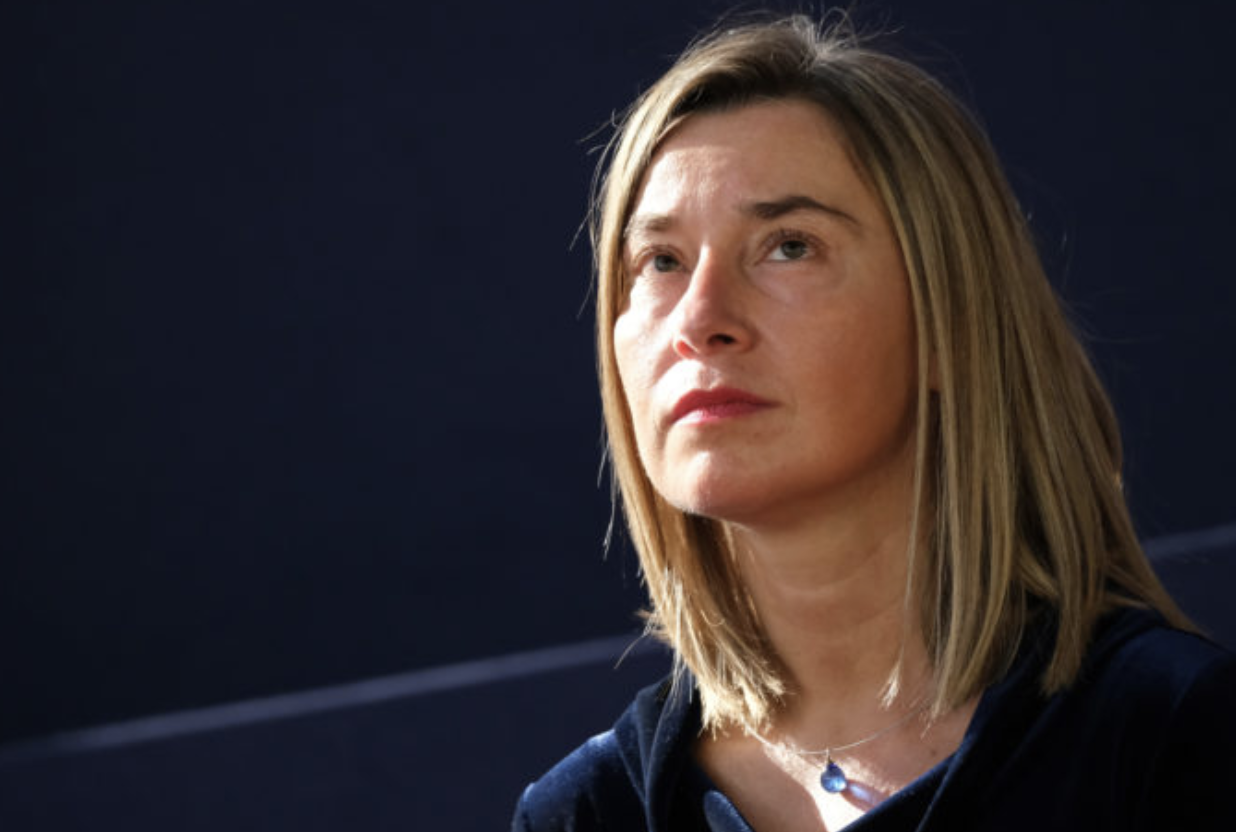 “We, the High Representative of the European Union and the Foreign Ministers of France, Germany and the United Kingdom, take note with regret and concern of the decision by the United States not to extend waivers with regards to trade in oil with Iran,” the European guarantors of the nuclear deal, called the Joint Comprehensive Plan of Action, Politico reports.

The US turned the screws on Iran last week by cancelling all of the waivers on Iranian crude exports it had issued after reimposing sanctions back in November – effectively leaving $1 billion in Iranian crude stranded outside a Chinese port – while also cancelling two of the seven waivers granted to businesses working with Iran’s civilian nuclear program.

Despite the US’s decision to brand Iran’s revolutionary guard as a “terrorist organization,” the Europeans continued to “encourage all countries” to make their “best efforts” to engage in legitimate trade with Iran.

It’s also possible that the Europeans’ statement was intended to calm global oil markets, as the US’s decision to crack down on remaining Iranian oil  exports, combined with the turmoil in Venezuela and Libya, could send oil prices higher (though the Trump administration has sought to offset this by recruiting Iran’s regional rivals to increase their output). The rising tensions between Iran and Saudi Arabia have prompted Iran to warn that the collapse of OPEC could be imminent (should that happen, it’s very likely that a new organization led by Saudi Arabia and Russia could emerge in its place).

And in any case, Iran has vowed to continue exporting its oil in defiance of the Americans’ wishes.

Read the full statement below:

The lifting of nuclear-related sanctions is an essential part of the JCPoA – it aims at having a positive impact not only on trade and economic relations with Iran, but most importantly on the lives of the Iranian people. We deeply regret the re-imposition of sanctions by the United States following their withdrawal from the JCPoA.

We remain deeply convinced that the JCPoA is key to increasing stability and security in the Middle East region.

Together, we emphasise our continued commitment to the JCPoA, a crucial element of the global nuclear non-proliferation regime and essential for our national and shared European security.

The JCPoA is working and delivering on its goal, as confirmed by the International Atomic Energy Agency (IAEA) in 14 reports.

We note Iran’s continued compliance with the JCPoA, as repeatedly confirmed by the IAEA. We call upon Iran to continue implementing in full its commitments under the JCPoA as well as its obligations under the Treaty on the Non-Proliferation of Nuclear Weapons.

The remaining participants to the JCPoA are committed to working on the preservation and maintenance of financial channels and exports for Iran, together with third countries interested in supporting the JCPoA. We are determined to pursue efforts, together with other European partners, to enable the continuation of legitimate trade with Iran, including through the operationalisation of the special purpose vehicle “INSTEX”. In this regard, the shareholders are committed to significantly increasing their financial contributions to INSTEX’s operational budget. We encourage all countries, including Russia and China as JCPOA participants, to make their best efforts to pursue the legitimate trade that the agreement allows for, through concrete steps.

We recall the European Council conclusions adopted on 4 February 2019 and EU’s support for the development of EU-Iran relations in areas of common interest. Complementary to preserving the JCPoA, we support a comprehensive approach with Iran with a view to addressing all issues of concern, including its contribution to regional instability and its missile activities.