Germany’s Health Minister Jens Spahn wants to fine parents who refuse to vaccinate their children €2,500 ($2,800) in a bid to “eradicate measles,” according to an interview Spahn gave to Bild am Sonntag.

“Anyone going to a kindergarten or school should be vaccinated against measles,” he said, adding “Whoever does not get their child vaccinated, faces up to 2,500 euros in fines.”

A draft law put forward by Spahn would also throw unvaccinated children out of kindergarten, which he says would help protect children too young to receive immunizations. 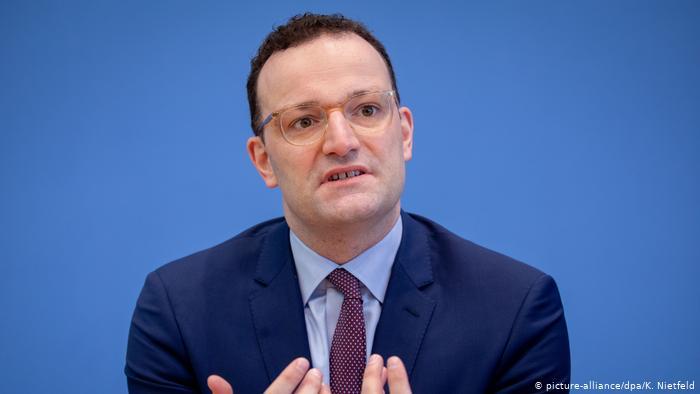 “Kindergartens have children under 10 months of age, who are too young for vaccinations and are therefore especially threatened,” he said.

According to the Robert Koch Institute of Germany, 93% of children are immunized, however this falls short of the recommended rate of 95% to maintain herd immunity.

Spahn believes he has broad support for his draft law in the ruling coalition of Chancellor Angela Merkel’s conservatives, to which he belongs, and the left-leaning Social Democrats (SPD).

SPD health policy expert Karl Lauterbach spoke of a “very good basis” for a joint discussion. “It will not work without fines,” he told the Augsburger Allgemeine newspaper. –Reuters

Spahn’s bill has a different solution for parents of older schoolchildren, which are required by law to receive an elementary school education. So instead of removing the children from school, parents would just pay a fine.

For children with health conditions preventing them from getting vaccinated, such as organ recipients or people suffering from leukemia, parents would be required to provide proof of the medical condition.

By July 2020, all parents who attempt to sign their kids up for kindergartens or schools would be required top provide evidence that their children have been vaccinated.

Vaccinations would also become mandatory for hospital and other healthcare workers under the new law – which is currently being discussed in the Cabinet and is expected to be adopted this year, with a March 2020 enforcement date.

The World Health Organization (WHO) and the United Nations have repeatedly called for action over a recent increase in measles outbreaks across the world. Measles killed 136,000 people last year, and the number of people infected with the disease surged by 50% compared to 2017.

Developed countries have also seen a rise in measles infections, partly due to a debunked claim that vaccines cause autism. Germany, which has seen large outbreaks in several of its states, registered 170 measles cases in the first two months of 2019. –DW

Opposition parties in Germany have been split over the proposal, particularly among the Greens, who say that while they support vaccinations, they are skeptical about requiring them.

Greens health policy spokeswoman Kordula Schulz-Asche told public broadcaster ZDF that instead of punishing parents, the government should educate them, and remind to get follow-up vaccines.

“Compulsory vaccinations are therefore counter-productive,” she said, suggesting that instead “We need a better public health service.”