Robert Mueller’s 448-page “Investigation into Russian Interference in the 2016 Presidential Election” contains at least two major omissions which suggest that the special counsel and his entire team of world-class Democrat attorneys are either utterly incompetent, or purposefully concealing major crimes committed against the Trump campaign and the American people. 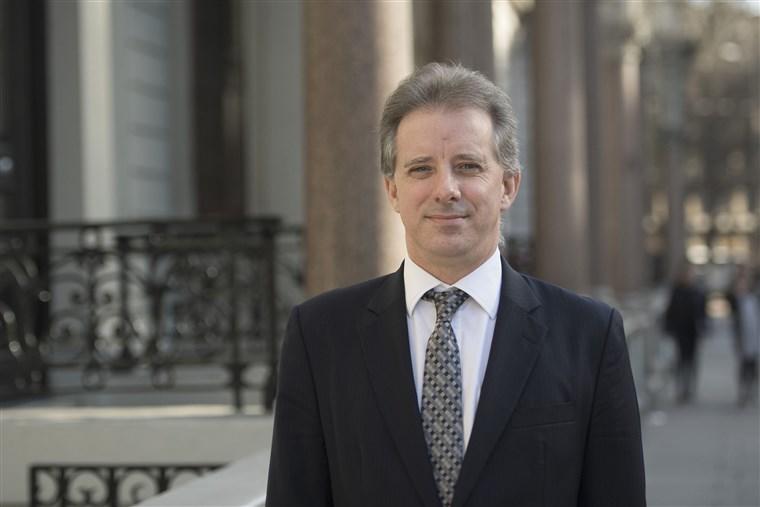 First, according to The Federalist‘s Margot Cleveland (a former law clerk of nearly 25 years and instructor at the college of business at the University of Notre Dame) – the Mueller report fails to consider whether the dossier authored by former MI6 spy Christopher Steele was Russian disinformation, and Steele was not charged with lying to the FBI.

The Steele dossier, which consisted of a series of memorandum authored by the former MI6 spy, detailed intel purportedly provided by a variety of Vladimir Putin-connected sources. For instance, Steele identified Source A as “a senior Russian Foreign Ministry figure” who “confided that the Kremlin had been feeding Trump and his team valuable intelligence on his opponents, including Democratic presidential candidate Hillary Clinton.”

Other supposed sources identified in the dossier included: Source B, identified as “a former top-level Russian intelligence officer still active inside the Kremlin”; Source C, a “Senior Russian Financial Officer”; and Source G, “a Senior Kremlin Official.” –The Federalist

As Cleveland posits: “Given Mueller’s conclusion that no one connected to the Trump campaign colluded with Russia to interfere with the election, one of those two scenarios must be true—either Russia fed Steele disinformation or Steele lied to the FBI about his Russian sources.”

…Trump’s victory does not negate the reality that, assuming Steele truthfully relayed to the FBI and the media the intel his Russian sources provided, Russia interfered in the election by feeding Steele false intel about Trump.

Surely, a plot by Kremlin-connected individuals to feed a known FBI source—Steele had helped the FBI uncover an international soccer bribery scandal—false claims that the Trump campaign was colluding with Russia would qualify as a “principal way” in which Russia interfered in the 2016 presidential election. The Russia social media campaign to disparage Hillary Clinton wasn’t a patch on the plot the Kremlin launched to destroy Trump: It resulted not only in bad press, but also an investigation into the Trump campaign and the use of court-approved surveillance exposing campaign communiques.

Even though Mueller was authorized, as he put it in the special counsel report, to investigate “the Russian government’s efforts to interfere in the 2016 presidential election,” the report is silent of efforts to investigate Russia’s role in feeding Steele misinformation. –The Federalist

Meanwhile, the only lawmaker to even mention this possibility has been Sen. Chuck Grassley (R-IA), who raised the issue with Attorney General William Barr last week:

“My question,” said Grassley, “Mueller spent over two years and 30 million dollars investigating Russia interference in the election. In order for a full accounting of Russia interference attempts, shouldn’t the special counsel have considered whether the Steele dossier was part of a Russian disinformation and interfere campaign?“ 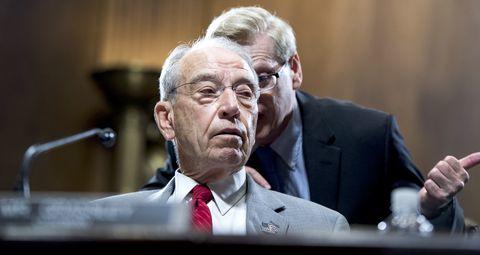 Barr replied that he had yet to “go through the full scope of [Mueller’s] investigation to determine whether he did address or look at all into those issues,” but that he would “try to assemble all the existing information out there about it, not only for the Hill investigations and the OIG, but also to see what the Special Counsel looked into. So I really couldn’t say what he looked into.”

Meanwhile, Barr said that he has assembled a DOJ team to examine Mueller’s investigation, findings, and whether the spying conducted by the FBI against the Trump campaign in 2016 was improper.

Mueller’s second major oversight – which we have touched on repeatedly – is the special counsel’s portrayal of Maltese professor Joseph Mifsud was a Russian agent – when available evidence suggests he may have been a Western agent. 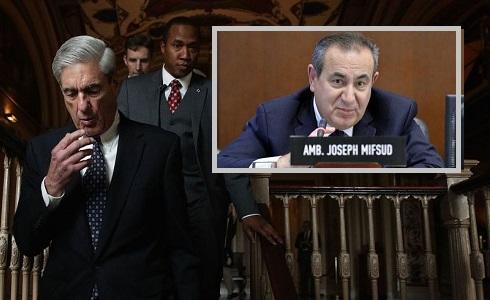 Weeks after returning from Moscow, Mifsud – a self-described Clinton Foundation member – ‘seeded’ the rumor that Russia had ‘dirt’ on Hillary Clinton with Trump campaign adviser George Papadopoulos on April 26, 2016, according to the Mueller report.

As Rep. Devin Nunes (R-CA) noted on Fox News on Sunday, “how is it that we spend 30-plus-million dollars on this, as taxpayers and they can’t even tell us who Joseph Mifsud is?”

“…this is important, because, in the Mueller dossier, they use a fake news story to describe Mifsud. In one of those stories, they cherry- pick it,” Nunes added.

BARTIROMO: Then he’s working for Trump. So how come somebody from Britain, Australia, Italy, they’re all reaching out to him? And, by the way, how come this London Center of International Law reached out to Papadopoulos on LinkedIn to go work there, after Ben Carson withdrew?

NUNES: And I think a better question is, is that — so, Papadopoulos claims that he was quitting this London Center.

So how many companies or agencies that you know of, when you say, hey, I’m quitting, and they say, hey, what about a free four-to-five-day vacation in Rome? We’re going to fly you there. We’re going to put you up for free. We’re going to give you food… And all you have to do is meet this guy Mifsud, right… We’re trying to get to the bottom of Mifsud. So, as we talked about it on the last segment, this guy originates the investigation. We know that the Mueller team wrote this Mueller dossier. They used a lot of these news stories that, in fact, sometimes were generated by leaks from the FBI.

Now, I don’t think the American people expect 20 DOJ lawyers and 40 FBI agents to write a 450-page report that’s built off of news stories that in many cases they generated.

Why I particularly have a problem with this is — with one of the stories is because they pick a news story, and then they cherry-pick from it. So they use it partly to describe where Mifsud worked, but then they fail to say in that same story that they have given support to by using it in the Mueller dossier, they cherry-pick it. -Via RealClearPolitics

As conservative commentator and former US Secret Service agent Dan Bongino notes of Mifsud, “either we have a Russian asset who’s infiltrated the highest echelons of friendly Intelligence Services, or we have a friendly who was setting up George Papadopoulos.”

.@dbongino on why Mifsud is key in Spygate:

“So either we have a Russian asset who’s infiltrated the highest echelons of friendly Intelligence Services, or we have a friendly who was setting up @GeorgePapa19 – That’s the real scandal. This was not spying, this was entrapment.” pic.twitter.com/wGnV8HHur1

Perhaps Mueller’s reportedly scheduled testimony next week will shed more light on why he failed to question the possible role of Russian disinformation with the Steele Dossier, and why he didn’t flush out who Joseph Mifsud really is.