Chairman Jerrold Nadler (D-NY) scheduled a Wednesday vote to hold Barr in contempt, escalating the battle between the Democrat-led House and the Trump Justice Department. 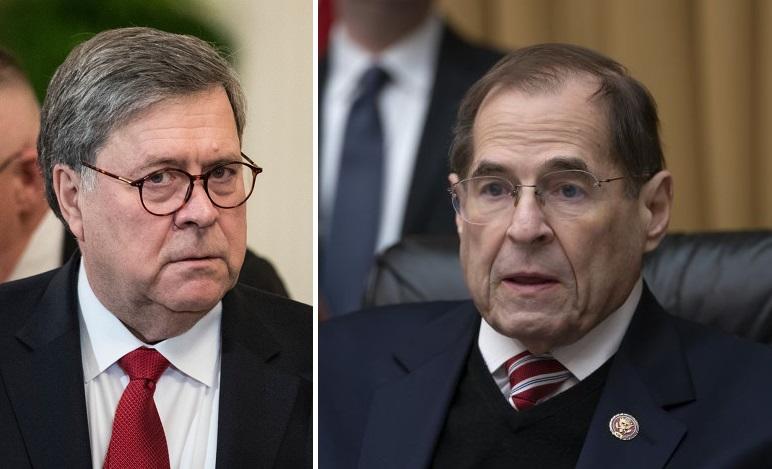 “William P. Barr, the Attorney General of the United States, shall be found to be in contempt of Congress for failure to comply with a congressional subpoena,” the resolution reads, which adds that Barr’s failure to comply has “hindered the Committee’s constitutional, oversight and legislative functions.”

If Barr makes a good faith effort to comply with the committee, the vote could be postponed.

Last Thursday, Barr skipped out on scheduled testimony in front of the committee, one day after an often contentious session with the Senate Judiciary Committee. The Justice Department issued a statement objecting to a Democrat demand that committee counsels be allowed to question the AG, which was deemed both “inappropriate” and “unprecedented.”

One day after Barr released a redacted version of the Mueller report, Nadler issued a subpoena for a full, unredacted copy – however the Justice Department notified the committee last week that it would refuse to comply, according to The Hill. On Friday, Nadler sent a follow-up letter to the DOJ, giving it until Monday to respond or face contempt proceedings against Barr.

“The Committee is prepared to make every realistic effort to reach an accommodation with the Department. But if the Department persists in its baseless refusal to comply with the validly issued subpoena, the Committee will move to contempt proceedings and seek further legal recourse,” Nadler wrote on Friday.

Nadler has argued that Mueller’s report and the evidence underlying it are needed in order for Congress to properly conduct oversight on the Trump administration. He and other Democrats have rejected Barr’s offer to allow leaders of the House and Senate Judiciary Committees as well as “Gang of Eight” lawmakers to view a less-redacted version in a secure room.

The Justice Department sent a letter to Nadler last Wednesday — the deadline for the administration to produce Mueller’s full report — describing the subpoena as “not legitimate oversight” and asserting that Nadler’s panel had failed to articulate any “legitimate legislative purpose” for requesting the entirety of Mueller’s underlying evidence. –The Hill

“The requests in the subpoena are overbroad and extraordinarily burdensome. More importantly, these requests would pose a fundamental threat to the confidentiality of law enforcement files and the Department’s commitment to keep law enforcement investigations free of political interference,” wrote Assistant Attorney General Stephen Boyd.