Tickets To See The Clintons Offered For Less Than $10

Tickets for the last stop on Bill and Hillary Clinton’s 13-city speaking tour are selling for less than $10 on the secondary market. 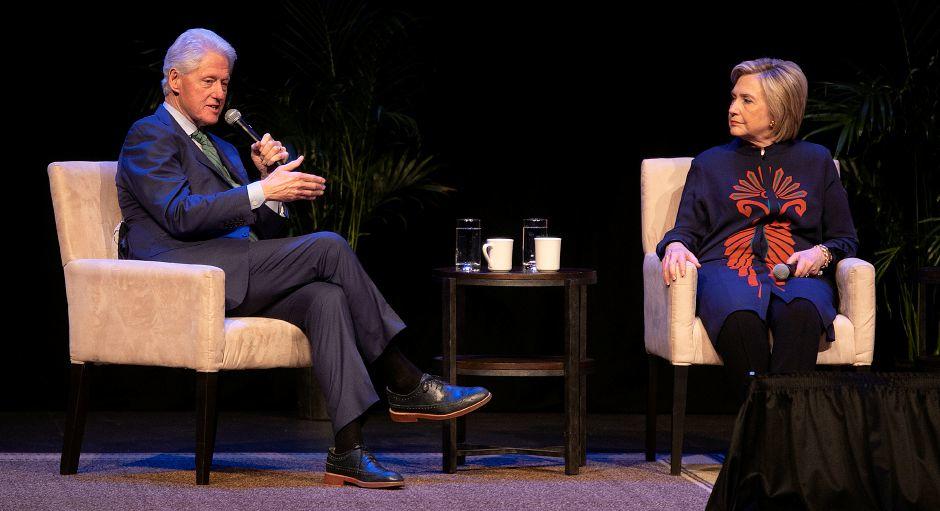 A glance for tickets available on sale at Ticketmaster online shows they begin at $45.72 and go up to $257.18. I wrote about this tour back at the beginning of December and even then, ticket sales were slow and had to be discounted. Perhaps realizing they were on rocky ground, the two Clintons first took the tour to Canada as a soft opening before their American dates. The fine folks in Toronto were less than impressed and the ticket sales showed a lack of interest in the former President and his wife, the woman who felt entitled to the presidency but lost to her old friend Donald Trump. –Hot Air

Last Friday, prime seats at Seattle’s WaMu theater were selling on ticketmaster for $829 – 54% lower than the $1,785 they were asking when the tour was announced in November.

In December, the Clintons turned to Groupon – offering tickets at nearly 60% off after failing to attract crowds at full price. 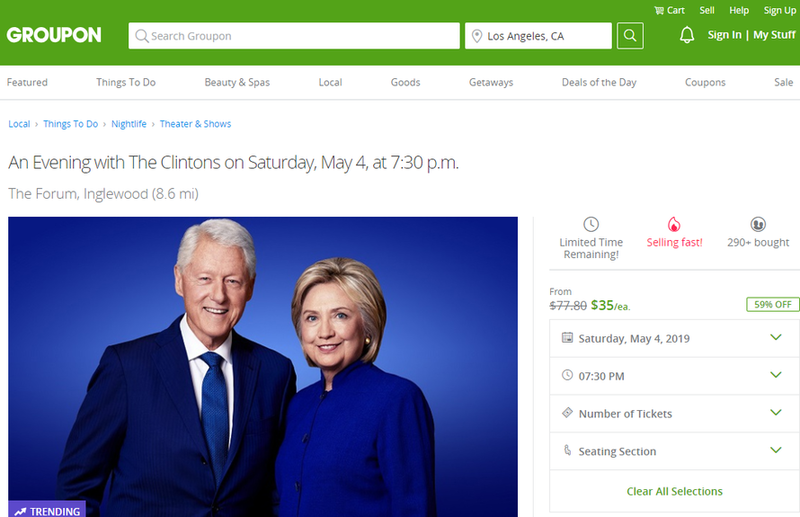 That month, the Daily Mail reported that just 3,300 tickets were sold in the Scotiabank Arena in very liberal downtown Toronto, which holds 19,800.

Ticket sales were so bad that the New York Times‘ Maureen Dowd noted the power couple’s steady decline. After paying $177 for a ticket to hear the Clintons, the Washington Examiner‘s Byron York noted that Dowd could have simply waited until the day of the event and paid less than $10.

Maureen Dowd paid $177 for a ticket to hear Bill & Hillary Clinton. If she had waited til day of the event, she could have gotten one for less than $10. That’s how popular the tour is… https://t.co/UmWW1F4J6P

During Friday’s appearance in Seattle, the Clintons were met by an overwhelming positive audience, according to the Seattle Times.

“I really believe that we are in a crisis, a constitutional crisis,” Clinton proclaimed during the 90-minute question and answer session between her, husband Bill and actor Bradley Whitford – adding “This is a test for our country.”

Although Clinton did not specifically cite the Russian collusion conspiracy theory nor try to tie the Trump campaign with Russian interference in the 2016 presidential election, she said the Mueller Report “not only decisively proves but goes chapter and verse about how the Russians — in the words of the report — conducted ‘a sweeping and systemic interference in our election,’” according to the Times. “And then you wake up and your president is spending an hour on the phone with Vladimir Putin, who was the mastermind of the interference and attack on our election.” –Daily Caller

Alas for Democrats who missed it, the sour grapes tour is over – at least in this format.