With the US Treasury launching May’s coupon issuance with today’s sale of $38 billion in 3Y notes, traders were wondering amid today’s sharp equity selloff, if we would see a flight to safety in the primary Treasury market.

We did not, and in fact the just concluded sale of $38 billion in 3Y paper was about as ugly an auction as we have seen in years.

The internals were just as disappointing: the bid to cover slumped to 2.48, down from 2.49 last month and the lowest since January. However it was the Indirect takedown that was the most surprising, printing at 37.9%, a sharp drop from 42.7% last month, below the 46.6% 6-auction average, and the lowest since November 2014. And with Dealers taking down 42%, the highest since last October, this left Directs with a whopping 20.0% the highest since September 2014.

Overall, a disappointing auction, and doubly so when considering that buyers should have had no problem rushing into the relative safety of short-term paper, especially if the Fed is expected to cut rates in the coming year. 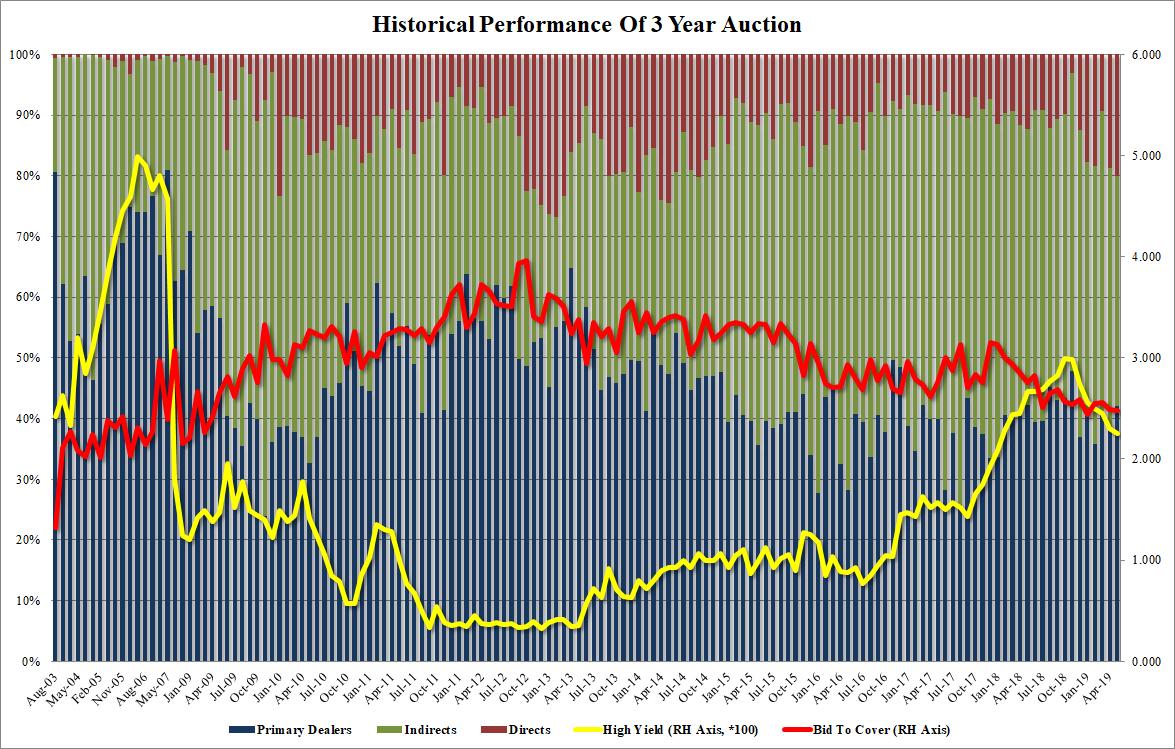 The Media Has Conveniently Forgotten George W. Bush’s Many Atrocities