Authored by Raul Ilargi Meijer via The Automatic Earth blog,

Zero Hedge ran an article about omissions from the Mueller report and/or investigation. It’s instructive, but there is more. First, some bits from that article: Major Mueller Report Omissions Suggest Incompetence Or A Coverup

Robert Mueller’s 448-page “Investigation into Russian Interference in the 2016 Presidential Election” contains at least two major omissions which suggest that the special counsel and his entire team of world-class Democrat attorneys are either utterly incompetent, or purposefully concealing major crimes committed against the Trump campaign and the American people.

First, according to The Federalist’s Margot Cleveland (a former law clerk of nearly 25 years and instructor at the college of business at the University of Notre Dame) – the Mueller report fails to consider whether the dossier authored by former MI6 spy Christopher Steele was Russian disinformation, and Steele was not charged with lying to the FBI.

“The Steele dossier, which consisted of a series of memorandum authored by the former MI6 spy, detailed intel purportedly provided by a variety of Vladimir Putin-connected sources. For instance, Steele identified Source A as “a senior Russian Foreign Ministry figure” who “confided that the Kremlin had been feeding Trump and his team valuable intelligence on his opponents, including Democratic presidential candidate Hillary Clinton.”

Other supposed sources identified in the dossier included: Source B, identified as “a former top-level Russian intelligence officer still active inside the Kremlin”; Source C, a “Senior Russian Financial Officer”; and Source G, “a Senior Kremlin Official.” -The Federalist

As Cleveland posits: “Given Mueller’s conclusion that no one connected to the Trump campaign colluded with Russia to interfere with the election, one of those two scenarios must be true—either Russia fed Steele disinformation or Steele lied to the FBI about his Russian sources.”

Surely, a plot by Kremlin-connected individuals to feed a known FBI source—Steele had helped the FBI uncover an international soccer bribery scandal—false claims that the Trump campaign was colluding with Russia would qualify as a “principal way” in which Russia interfered in the 2016 presidential election.

[..] the only lawmaker to even mention this possibility has been Sen. Chuck Grassley (R-IA), who raised the issue with Attorney General William Barr last week: “My question,” said Grassley, “Mueller spent over two years and 30 million dollars investigating Russia interference in the election. In order for a full accounting of Russia interference attempts, shouldn’t the special counsel have considered whether the Steele dossier was part of a Russian disinformation and interfere campaign?” [..] Barr said that he has assembled a DOJ team to examine Mueller’s investigation, findings, and whether the spying conducted by the FBI against the Trump campaign in 2016 was improper.

Mueller’s second major oversight – which we have touched on repeatedly – is the special counsel’s portrayal of Maltese professor Joseph Mifsud as a Russian agent – when available evidence suggests he may have been a Western agent.

Weeks after returning from Moscow, Mifsud – a self-described Clinton Foundation member – ‘seeded’ the rumor that Russia had ‘dirt’ on Hillary Clinton with Trump campaign adviser George Papadopoulos on April 26, 2016, according to the Mueller report.

As Rep. Devin Nunes (R-CA) noted on Fox News on Sunday, “how is it that we spend 30-plus-million dollars on this, as taxpayers and they can’t even tell us who Joseph Mifsud is?” “…this is important, because, in the Mueller dossier, they use a fake news story to describe Mifsud. In one of those stories, they cherry- pick it,” Nunes added.

[..] As conservative commentator and former US Secret Service agent Dan Bongino notes of Mifsud, “either we have a Russian asset who’s infiltrated the highest echelons of friendly Intelligence Services, or we have a friendly who was setting up George Papadopoulos.”

This poses questions about Mueller, Mifsud and Steele and many other people and organizations involved, but the central question remains unaddressed: did Russia truly meddle and interfere in the 2016 election?

We don’t know, we have only Mueller’s word for that, and he’s ostensibly based it on reports from US intelligence, which has very obvious reasons to smear Russia. That Mifsud is presented as a Russian agent, with all the doubts about that which we have seen presented, doesn’t help this point.

That Steele hadn’t visited Russia since 1993 when he complied his dossier is not helpful either. His information could have originated with “the Russians”, or with US intelligence, and he would never have been the wiser. That is, even IF he was a straight shooter. What are the odss of that?

And of course the strongest doubts about Russian meddling and interference, along with offers of evidence to underline and reinforce these doubts, have been offered by Julian Assange and the Veteran Intelligence Professionals for Sanity (VIPS) group.

But as I’ve repeatedly said before, after Mueller had to let go of the “Russia collusion with the Trump campaign” accusation, he was free to let the “Russian meddling aided and abetted by Julian Assange” narrative stand, because he didn’t have to provide proof for that, as long as he didn’t communicate with either the Russians (easy), the VIPS (whom he stonewalled) or Assange (who’s been completely silenced). 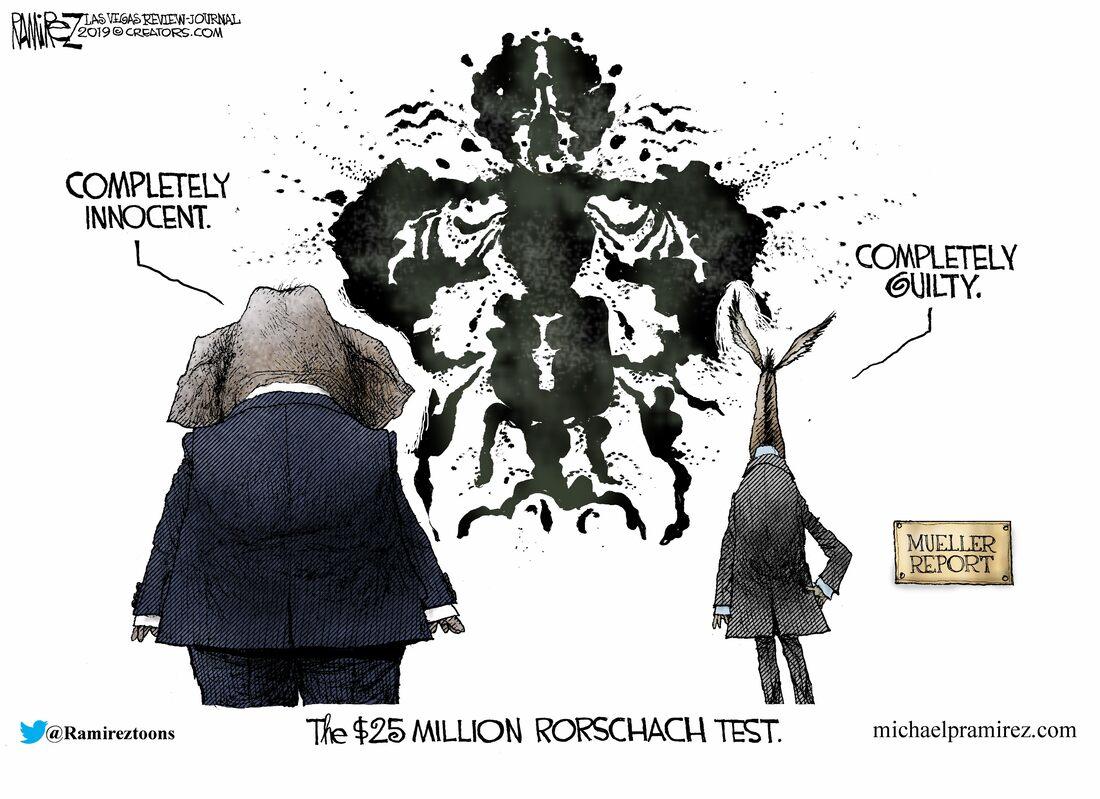 So we have -at least- 4 major omissions in the Mueller investigation and report:

1) the Mueller report failed to consider whether the dossier authored by former MI6 spy Christopher Steele was Russian disinformation (and Steele was not charged with lying to the FBI).

2) Mueller’s portrayal of Maltese professor Joseph Mifsud as a Russian agent – when available evidence suggests he may have been a Western agent.

3) Mueller declined to talk to the VIPS, who offered evidence that the DNC servers were not hacked but content was copied onto a disk at the server’s location

4) Mueller refused to hear Julian Assange, who offered evidence that it was not the Russians that had provided WikiLeaks with the emails.

Mueller was supposedly trying to find the truth about Trump’s ties to Russia/Putin, and he refused to see and hear evidence from two organizations, WikiLeaks and the VIPS, which he absolutely certainly knew could potentially have provided things he did not know. Why did he do that? There’s only one possible answer: he didn’t want to know.

Why not? Because he feared he would have had to abandon the “Russian meddling and interference” narrative as well. If, as both WikiLeaks and the VIPS insisted, the emails didn’t come from “the Russians”, all that would have been left is an opaque story about “Russians” buying $100,000 in Facebook ads. And that, too, is awfully shaky.

That’s an amount Jared Kushner acknowledged he spent every few hours on such ads during the – multi-billion-dollar – campaign. Moreover, many of these ads were allegedly posted AFTER the elections. And we don’t even know it was Russians who purchased the ads, that’s just another story coming from US intelligence.

It is not so hard, guys. “Omissions” or “oversight” is one way to put it, but there are others. Assange could have cleared himself of any claims of involvement in meddling and perhaps proven Guccifer 2.0 was not “Russian”. His discussions with the DOJ, preparations for which were in an advanced stage of development, were killed in 2017 by then-FBI head James Comey and Rep. Mark Warner.

Mueller never wanted the truth, he wanted to preserve a narrative. The VIPS, too, threatened that narrative by offering physical evidence that nobody hacked the emails. Mueller never reached out. Mueller, the former FBI chief, who must know who these men and women are. Here’s a list, in case you were wondering:

And then you lead a Special Counsel investigation, you spend 2 years and $30 million, you get offered evidence in what you’re investigating, and you just ignore these people?

And there are still people who want to believe that Robert Swan Mueller III is a straight shooter? They must not want to know the truth, either, then.

Here’s wondering if Bill Barr does, who’s going to investigate the Mueller investigation. Does he want the truth, or is he just the next in line to push the narrative? 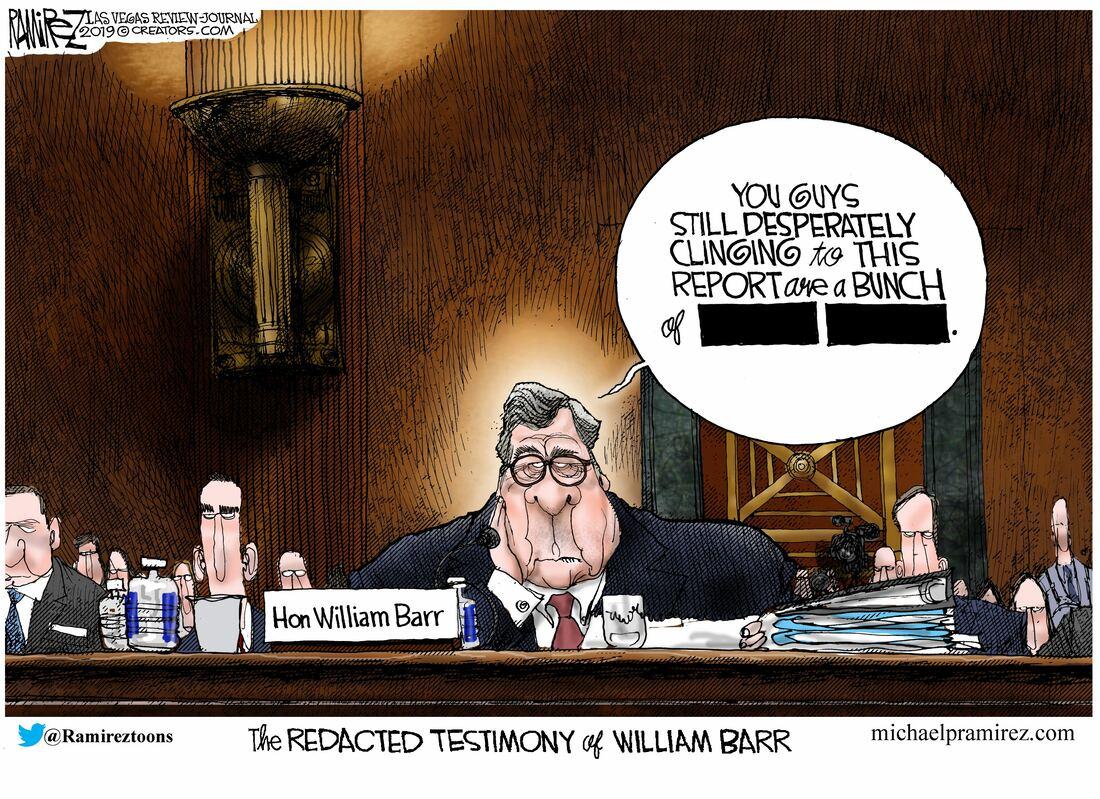 Is there anyone in power left in America who has any courage at all to expose this B-rated theater?

Tulsi Gabbard has been reviled for talking to Assad. Why not talk to Assange as well, Tulsi? How about Rand Paul? We know he wanted to talk to Assange last year. Anyone?

Support The Automatic Earth on Patreon