Study Reveals Madison, Wisconsin, Is The New Mecca For Millennials

NAR determined that Madison, Wisconsin, is the mecca for millennials. The report showed 75% of recent moves in 2017 had been by millennials.

Regions of the San Diego metropolitan area had 67.1% of them move to the area in the same timeframe, making it the No. 13 destination for millennials out of 100 cities analyzed.

Despite being No. 13 destination for millennials, San Diego had the most significant population (27% above the national average) of millennials in the country.

“We see that millennials are moving to areas with strong employment and wage growth,” NAR economist Nadia Evangelou told the Chicago Tribune. 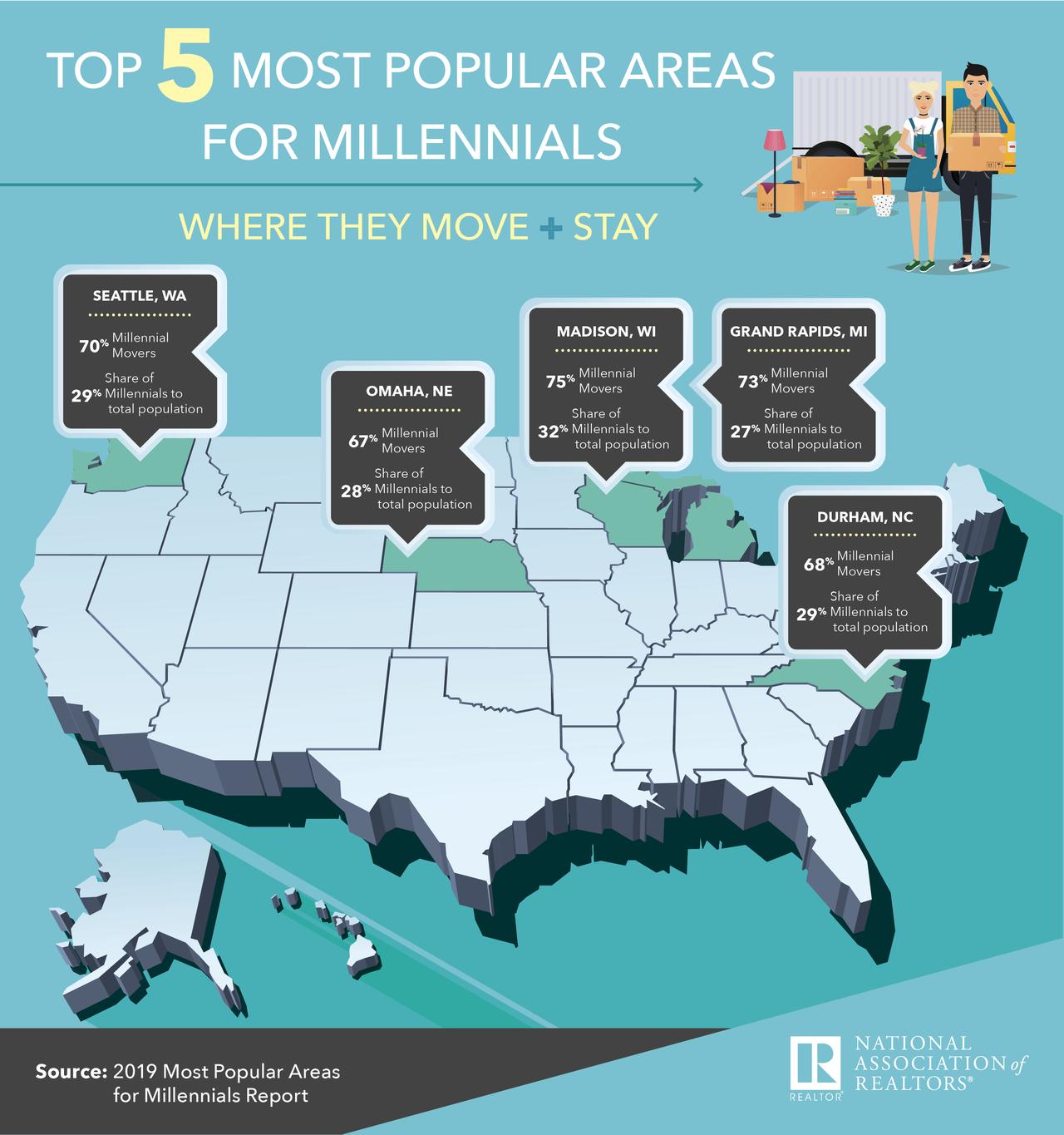 NAR said only 2% of millennials who moved to San Diego could afford the median home price ($528k to $ $572k in 2017 prices). Making this super popular West Coast city one of the worst places for millennials to live in terms of affordability.

The most affordable metro for millennials was Dayton, Ohio, located in the Rust Belt, where decades of deindustrialization have kept home prices relatively depressed. In 2017, 56% of new moves were millennials, and 54% of those youngsters could comfortably afford a home.

The cities millennials avoided the most were all located in Florida: Fort Myers, Lakeland, Palm Bay-Melbourne, North Port-Sarasota, and Tampa.

The report noted that business leaders frequently warn about a loss of jobs to Texas from California, but it appears millennials aren’t moving to the Lone Star State. Dallas placed No. 39 destination for millennials in 2017, due to only 10% of millennials could afford a home. Austin was the No. 48 destination with less than 3% of millennials able to purchase a new home.

Evangelou told the Tribune that the study’s purpose was to identify millennial migration trends and understand if they stay in one place. If youngsters can’t afford to purchase a home and income growth wanes, this heavily indebted generation will migrate to the next city where affordability and wages are much better. And the report concludes by saying Madison, Wisconsin, is becoming the most popular city for millennials, due to decent wage growth and an affordability factor of 29% can buy homes.

“They don’t stay in some places because they can’t afford to buy (a home) and raise a family,” she said. “We’re looking for those people that want to raise a family in those places.”

Top Metro Areas Millennials Are moving To (Based on 2017 Census American Community Survey):

With millennials deeper in debt than any other generation, a job environment that is stalling, and a home affordability crisis in major coastal cities, it certainly seems that this deadbeat generation is giving up on their West Coast dreams and moving to affordable regions inland.

Is Lyft The Next Volkswagen: How A Rehypothecation “Chain Reaction” May Trigger A Historic Short Squeeze