There Is A Record 1.7 Million More Job Openings Than Unemployed Workers

The US labor market continues to grow at a blistering pace.

After the Job Openings and Labor Turnover Survey (JOLTS) reported record prints for virtually every notable labor market series for January, followed by a modest slowdown in February, there was another impressive higher across most labor market indicators in March. According to the BLS, after an upward revision to the February job openings from 7.087MM to 7.142MM, in March this number surged by a whopping 346K to 7.488 million, the fourth highest number of job openings on record. 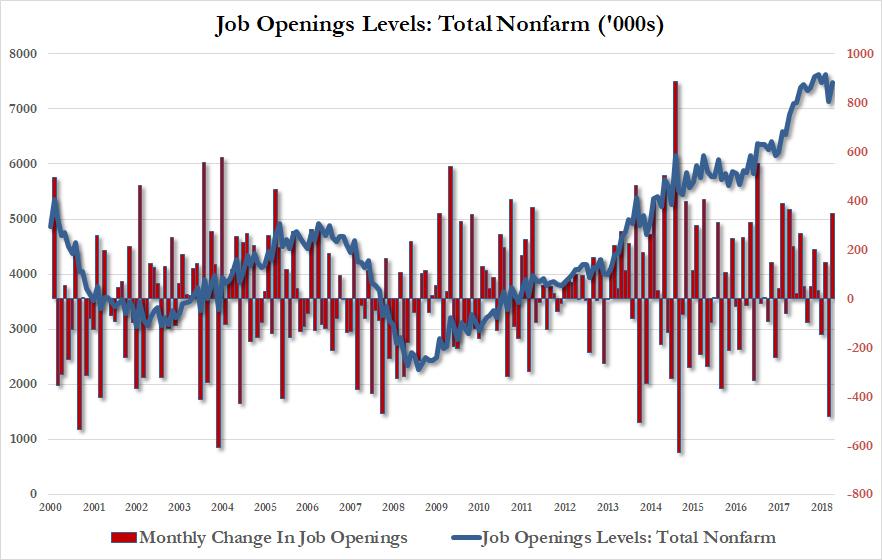 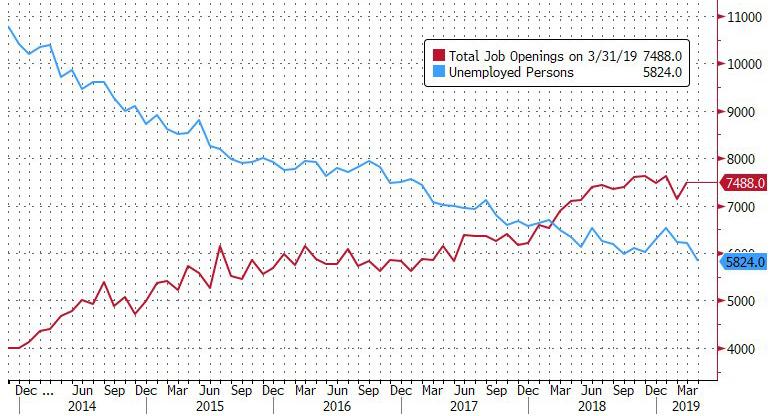 In other words, in an economy in which there was a perfect match between worker skills and employer needs, there would be zero unemployed people at this moment (of course, that is not the case.)

And yet, there was some disappointing aspects to the report: while job openings soared, the number of hires declined for a second consecutive month, dropping by 35K, to 5.660 million, following a 134K drop in February, and the lowest since last March. The hires level hires level was little changed for total private and fell for government.

According to the historical correlation between the number of hires and the 12 month cumulative job change, the pace of hiring right now is precisely where it should be relative to the cumulative change in hiring. 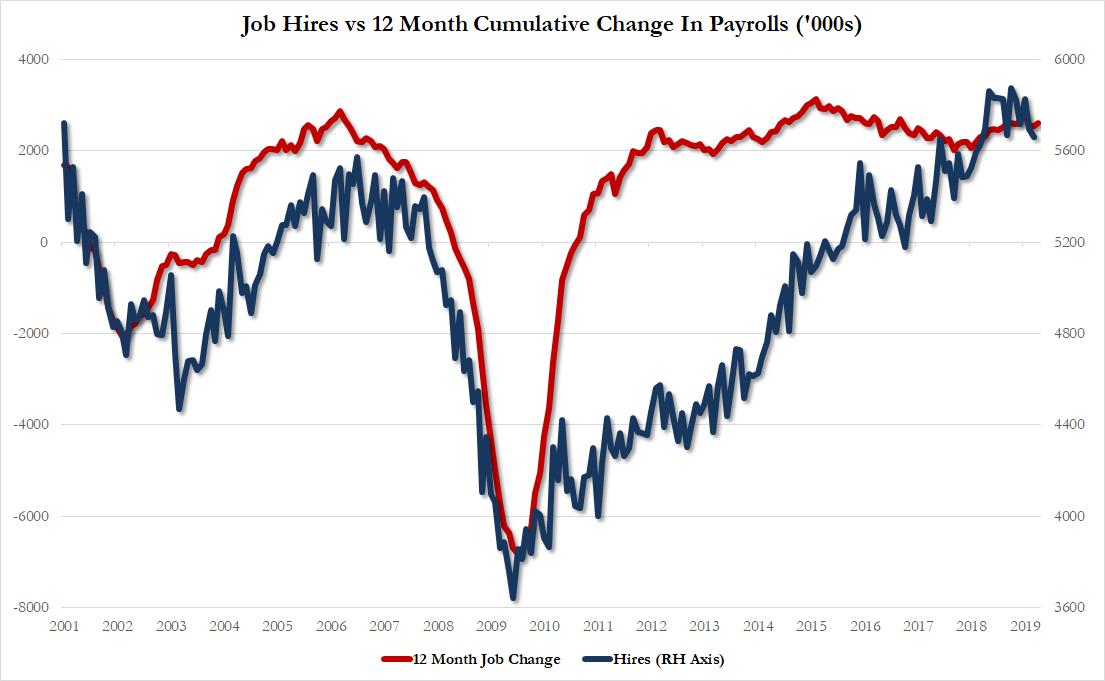 At the same time, another adverse trend emerged in the so-called “take this job and shove it indicator” , i.e., the total level of quits, which shows worker confidence that they can leave their current job and find a better paying job elsewhere, it also declined for a second consecutive month, dropping by 38K to 3.490MM. 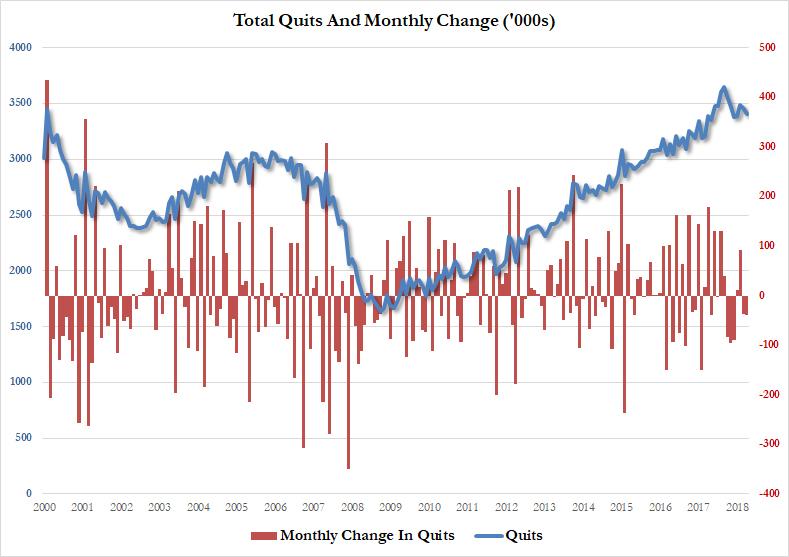 Putting this all in context: 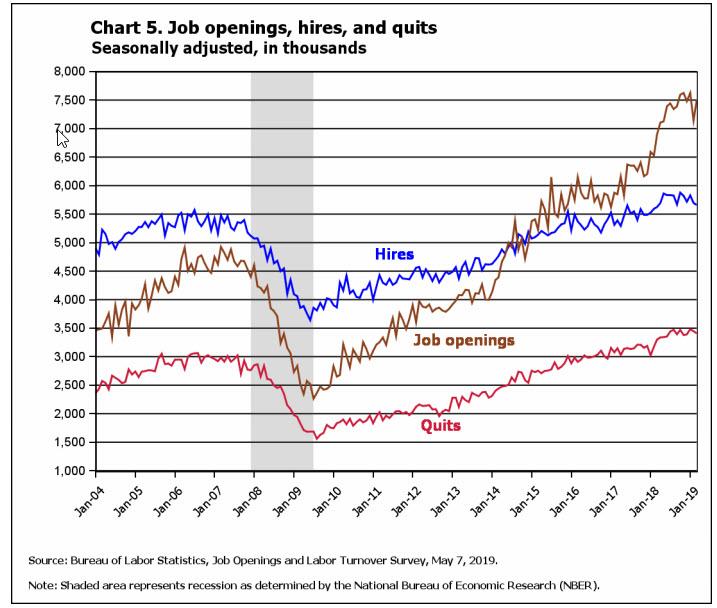 Escobar: How Yemen’s Houthis Are Bringing Down A Goliath

The Coronavirus Is Scary, But There’s Nothing to Fear from Remote Work