Update (8:53 am ET): Almost immediately after Trump sent futures higher with a series of tweets touting the possibility of a deal with Beijing, the US Trade Rep’s office appeared to pour cold water on Trump’s claims by publishing a notice suggesting that Washington is sticking to its guns and raise tariffs on Friday.

The notice confirmed that new tariffs would take effect on the tenth of May, and caused futures to pare some gains. 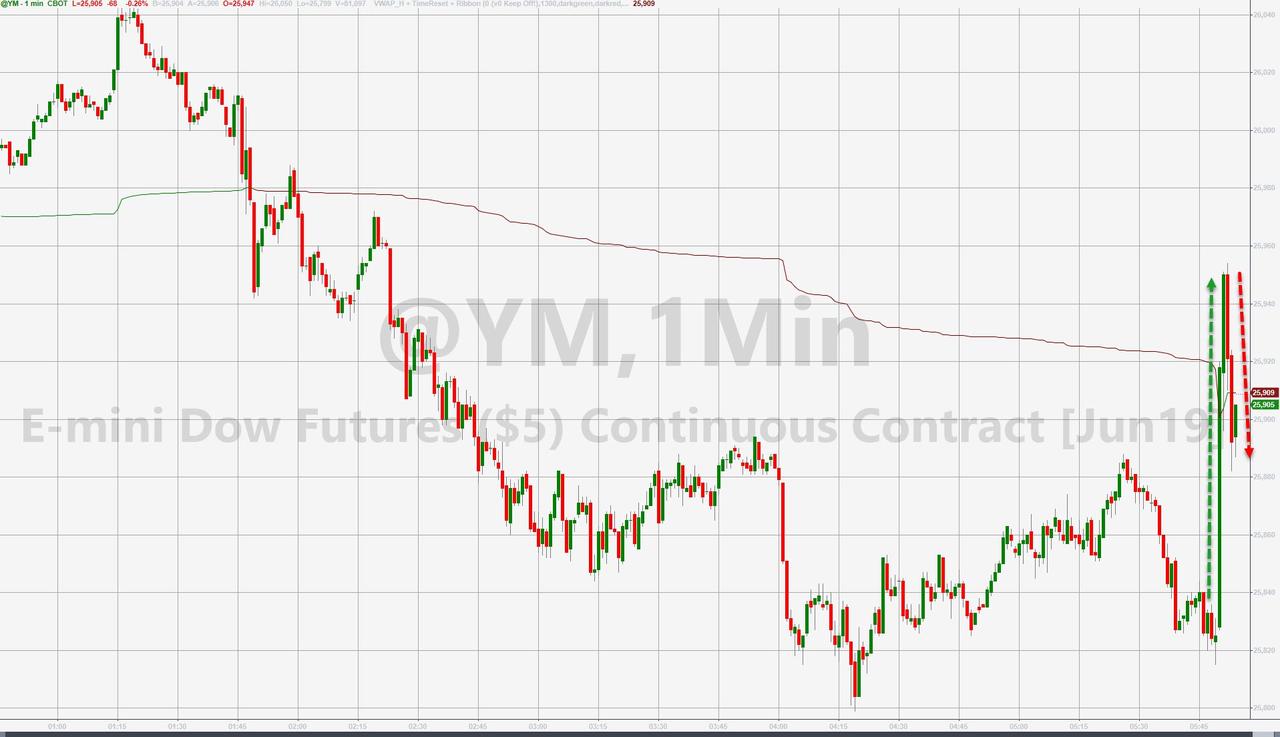 Though futures are still well above their lows of the session.

Futures are spiking after President Trump tweeted Wednesday morning that Vice Premier Liu He would be coming to Washington to make a deal.

The reason for the China pullback & attempted renegotiation of the Trade Deal is the sincere HOPE that they will be able to “negotiate” with Joe Biden or one of the very weak Democrats, and thereby continue to ripoff the United States (($500 Billion a year)) for years to come….

….Guess what, that’s not going to happen! China has just informed us that they (Vice-Premier) are now coming to the U.S. to make a deal. We’ll see, but I am very happy with over $100 Billion a year in Tariffs filling U.S. coffers…great for U.S., not good for China!

Trump also accused Beijing of trying to stall negotiations in the hopes that they might be able to negotiate a more favorable deal with Joe Biden or another “weak” Democrat. Futures and the dollar jerked higher after trending lower for most of the morning.