A judge sentenced an Oregon man to federal prison Monday for attempting to bribe an Immigration and Customs Enforcement (ICE) officer into deporting his estranged wife and stepdaughter.

Antonio Oswaldo Burgos, 48, met and married his wife in El Salvador. The couple, along with the woman’s daughter, eventually moved to Portland, Oregon. Their relationship began to deteriorate, however, and the two started the process of divorce by spring 2018, The Washington Post reported.

It was during this time that Burgos devised a plan against his soon-to-be- ex-wife.

Burgos drove to a Portland ICE office in May 2018 and followed an officer all the way to Vancouver, Washington, where the officer had finally pulled into a parking lot. It was there that the disgruntled husband offered money to have his wife deported from the country, according to the U.S. Attorney’s Office for the District of Oregon.

The unidentified officer did not accept the offer, but contact information was given in order for the two to speak at a later time. The officer, who had no intention of accepting such a deal, informed the ICE Office of Professional Responsibility. The OPR team helped him record two phone calls with Burgos one week after the parking lot encounter.

During these conversations, Burgos offered to have a face-to-face meeting and pay $3,000 to have his wife deported, according to court documents. When the two met in-person, Burgos upped the ante by offering $4,000 to have his wife and her minor daughter both removed from the country.

“We rely upon our officers to perform their duties with integrity,” Brad Bench, special agent in charge of the Seattle office of Homeland Security Investigations, stated in November 2018 about the bribery. “This case should send a strong message that those who attempt to coerce a public official will be punished.”

Burgos pleaded guilty in November to one count of bribery of a public official, and a judge sentenced him Monday to four months of prison and three years of supervised release.

Content created by The Daily Caller News Foundation is available without charge to any eligible news publisher that can provide a large audience. For licensing opportunities of our original content, please contact [email protected]

Content created by The Daily Caller News Foundation is available without charge to any eligible news publisher that can provide a large audience. For licensing opportunities of our original content, please contact [email protected]

This post has been republished with permission from a publicly-available RSS feed found on Daily Caller. The views expressed by the original author(s) do not necessarily reflect the opinions or views of The Libertarian Hub, its owners or administrators. Any images included in the original article belong to and are the sole responsibility of the original author/website. The Libertarian Hub makes no claims of ownership of any imported photos/images and shall not be held liable for any unintended copyright infringement. Submit a DCMA takedown request.

Bowing To The Socialists, Hoyer Says Tlaib Deserves An Apology 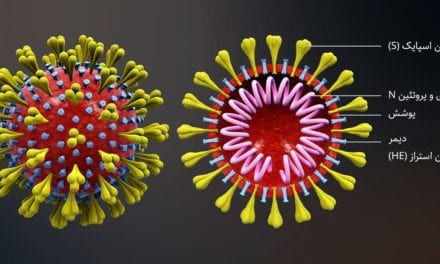 Coronavirus vs. the Mass Surveillance State: Which Poses the Greater Threat?