Textron Systems’ Fleet-Class Common Unmanned Surface Vehicle (CUSV) has been the drone boat of choice for the US Department of Defense’s first CUSV program. This fourth-generation CUSV offers design enhancements that make the vessel more versatile for different mission sets. The boat is outfitted with heavy combat weapons, according to a new report from Military.com. 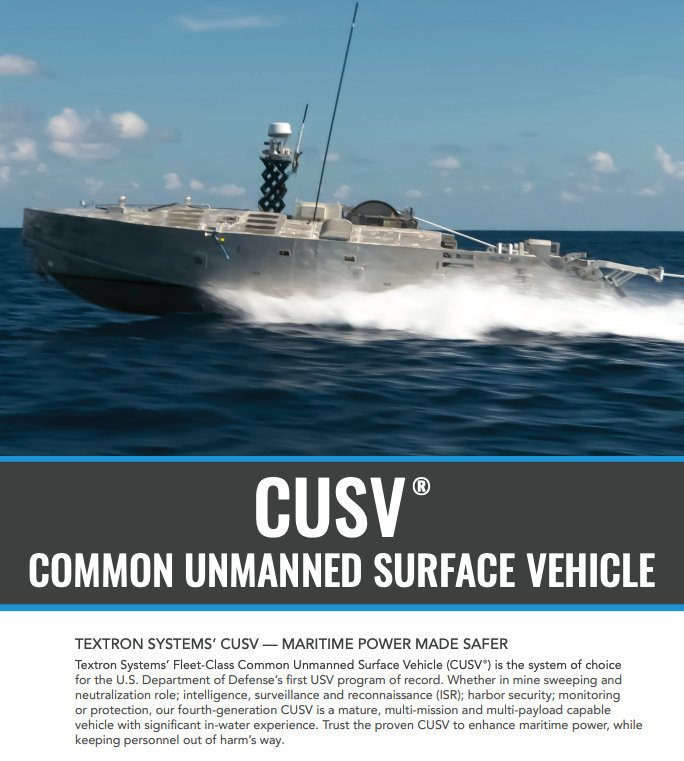 Textron principal systems engineer Gary Hartman spoke with Military.com about the first public unveiling of the weaponized vessel on Monday at the annual Sea-Air-Space Exposition at National Harbor, Maryland. Hartman said the CUSV is the first of the drone boats mounted with a Browning M2 .50 caliber machine gun and a launcher for AGM-114 Hellfire missiles. 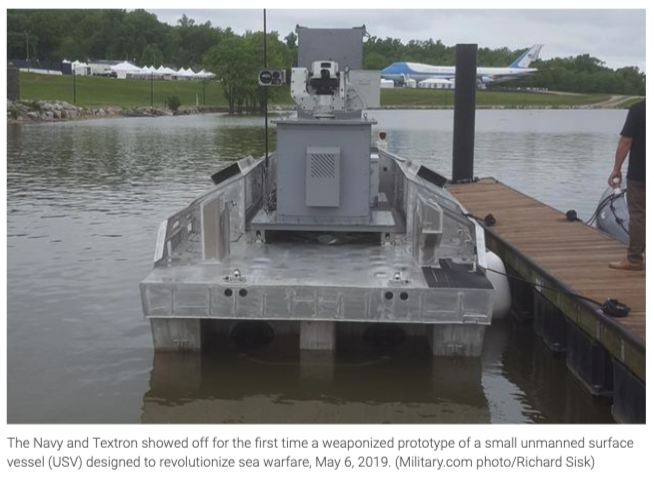 The weapons package is called an “expeditionary warfare package” for the CUSV, Hartman said but emphasized current design is intended to show possible future capabilities. 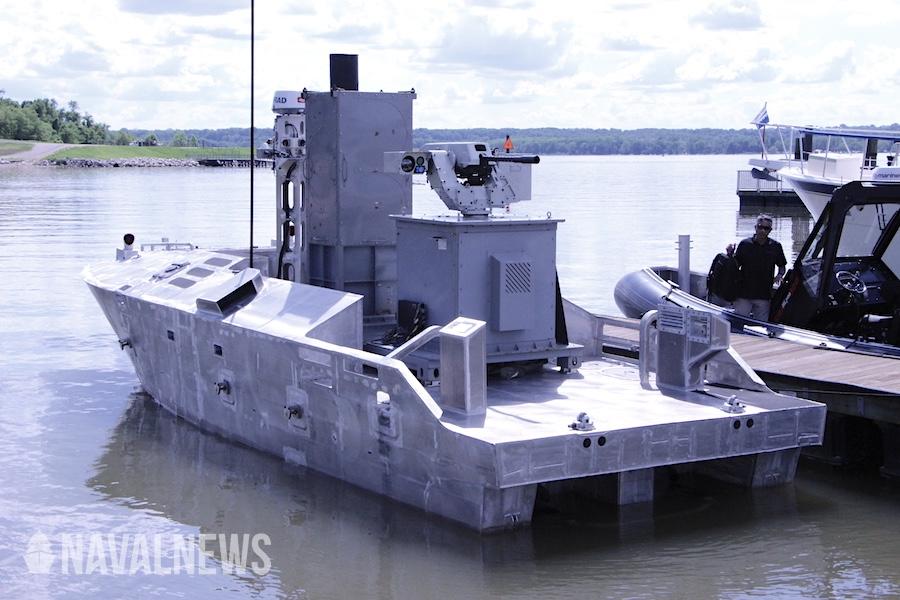 Hartman said the drone boat is matured but didn’t provide any details about series production, and or deployment timelines. 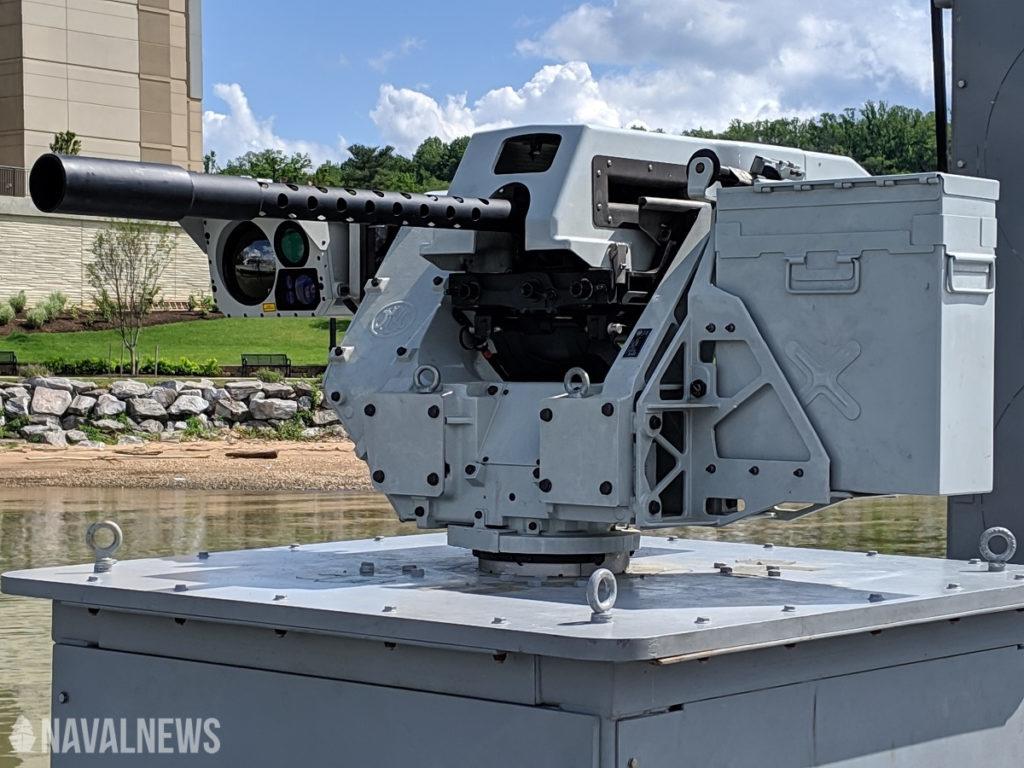 The CUSV was developed to be carried on a Littoral Combat Ship (LCS) and launched to conduct countermine and surveillance operations.

The missions can be programmed on a 400-mile route, and radar and sensors can alert the operators on the LCS about what the CUSV finds, Hartman said.

Besides LCS launches, the vessel can be deployed from ports and well docks. As a fourth generation boat, it has upgraded propulsion system for enhanced speed, range, stability, and endurance.

During surveillance missions, the vessel can navigate around obstacles and or other boats and revert to the preprogrammed track, Hartman added.

The CUSV is the Pentagon’s preparation for the fast-approaching drone wars. 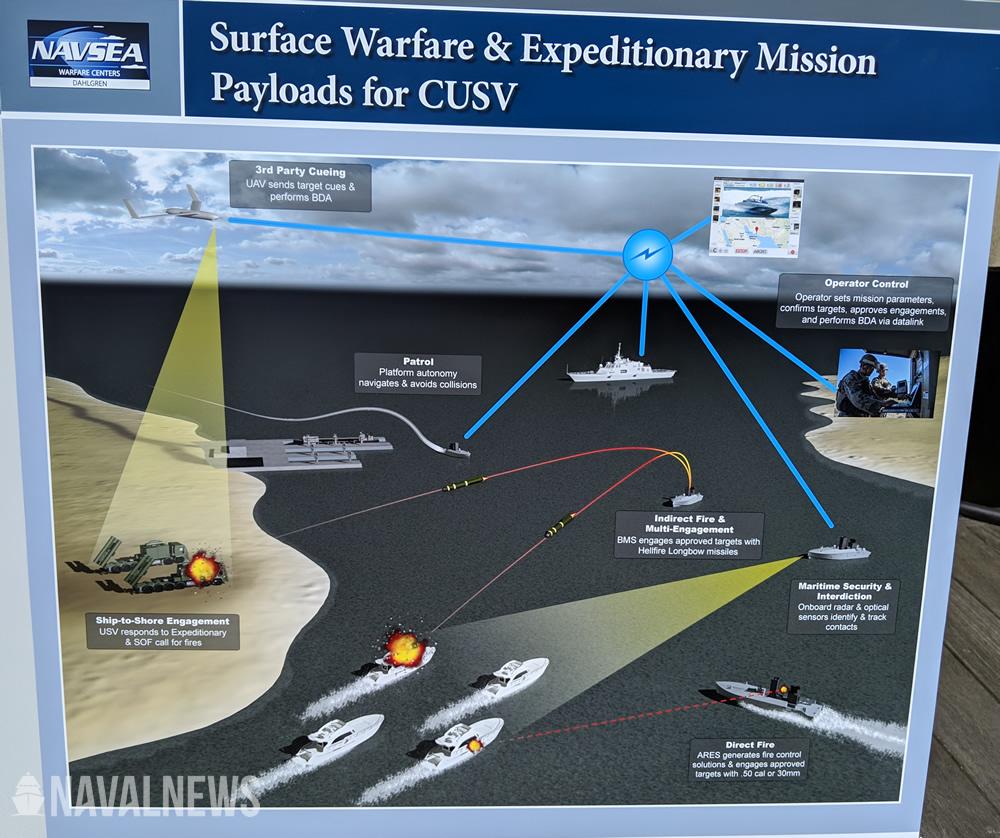 In 1Q18, we documented how a prototype autonomous ship known as the Medium Displacement Unmanned Surface Vehicle (MDUSV) was successfully transferred to the Navy from the Defense Advanced Research Projects Agency (DARPA) after it completed its multi-year pilot program.

General Mark Milley recently warned an audience at the Association of the Army’s Institute of Warfare event, that the US must embrace artificial intelligence, robotics, and other emerging technologies immediately to maintain relevance on the ever so changing battlefield.

“I don’t know if artificial intelligence is going to mean robots and machines replace humanity… but I do know the quantum computing and some of the IT technologies that are out there today are so significant and can help you [with] rapid decision-making in complex decentralized environments – that if we don’t take advantage of that in things like the network—then we would be fools because others are moving out quickly on that,” Milley said.

“Every vehicle is going to have the capability to be robotic,” he said, stressing the importance of a vehicle’s flexibility in giving options to a commander on the front lines, giving him options without requiring different vehicles to be deployed. “He can estimate the situation, he can make a determination as to whether he wants this assault to be manned or unmanned,” Milley explained.

This is just more evidence that the Pentagon is racing to modernize its fleet with autonomous vessels amid war drums beating around the world.

Police Are Complicit In Politicians’ Disregard For The Rule Of Law