Over 1% Of Guatemala, Honduras Have Crossed US Border In Last Eight Months: DHS

Over 1% of the populations of Guatemala and Honduras have entered the United States since September, according acting Homeland Security chief Kevin K. McAleenan, who added that the figure includes 3% of one Guatemalan county alone.

Speaking at the 49th Washington Conference of the Americas, McAleenan said “The current migration flows, especially of vulnerable families and children, from Central America through Mexico, to remote areas all along the U.S. border, represent both a security and humanitarian crisis,” adding “The situation is not sustainable.”

McAleenan predicted that April figures for illegal immigration will be even worse than March’s shocking figures – which saw over 100,000 migrants enter the country and led to the White House shaking up its immigration team, according to the Washington Examiner.

“In March, we had over 103,000 irregular arrivals of undocumented migrants — 90% crossing the U.S. border unlawfully and unsafely in the hands of human smugglers. We will see similar numbers in April,” said the DHS chief – adding that a there has been a shift in illegal immigrants coming from Central America, from predominantly Mexico-based to Guatemala, Honduras and El Salvador.

“These trends are deepening and accelerating. According to a recent USAID funded study conducted by Vanderbilt University’s Latin American Public Opinion Project in Guatemala earlier this year, 1 in 4 Guatemalans have an intention to migrate from Guatemala, with 85% of them expressing the United States as their preferred destination,” said McAleenan. 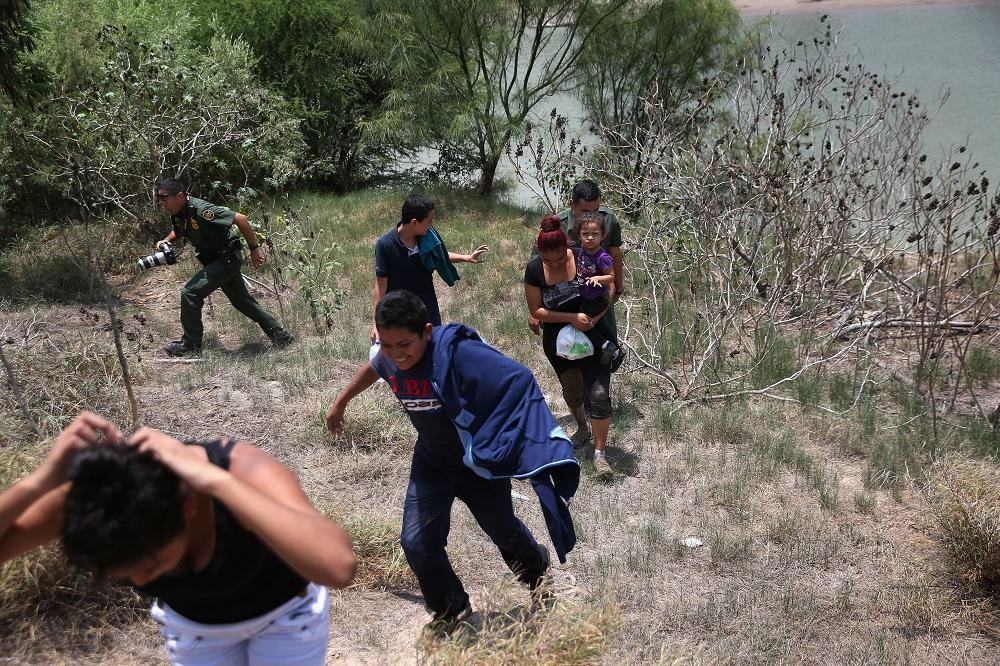 “That’s over 4 million Guatemalans who intend to migrate to the United States. Imagine if almost the entire population of the state of Western United States left the country. What kind of impact would that have on the economy, culture, and identity? What does that mean for future generations?”

He explained that the U.S. economy is a lure for illegal immigrants, and poor economic conditions at home are a “push.”

But, he added, Washington shares the blame. “The main cause of the current increases is the weakness in the U.S. immigration system, the vulnerabilities of our legal framework, which allow migrants, especially families and unaccompanied children, to stay in the U.S. for months or years, even though the vast majority will not ultimately receive legal status,” he said.

To the Central American insiders, he said that one solution will be to work better with those nations to deal with immigration and the economy. –Washington Examiner

“We want to work closely with all three countries’ customs administrations to help increase the efficiency of cross-border trade by reducing supply chain barriers and support exports and job creation. From an infrastructure, technology, automation, and legal perspective, DHS’s Customs and Border Protection is pursuing broad support for the region’s customs administrations to modernize practices in all of these areas,” he said, adding “DHS also intends to support the Department of State in highlighting those targeted aid programs where accountable partnerships have made an impact at addressing root causes of migration. The president has made clear that we need to operate from a shared understanding and invest only in efforts that produce results.”