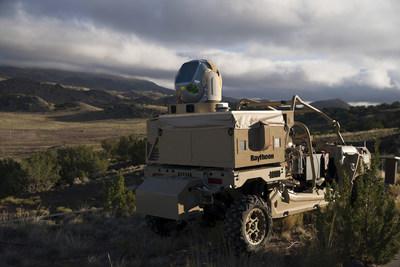 The directed-energy weapon system was paired with Raytheon’s Multi-spectral Targeting System, using sensors that directed microwaves and lasers to blast enemy unmanned aerial vehicles (UAV) out of the sky during a field training exercise. Mounted on a Polaris MRZR 4 all-terrain vehicle, the system was extremely portable and could traverse almost any terrain. 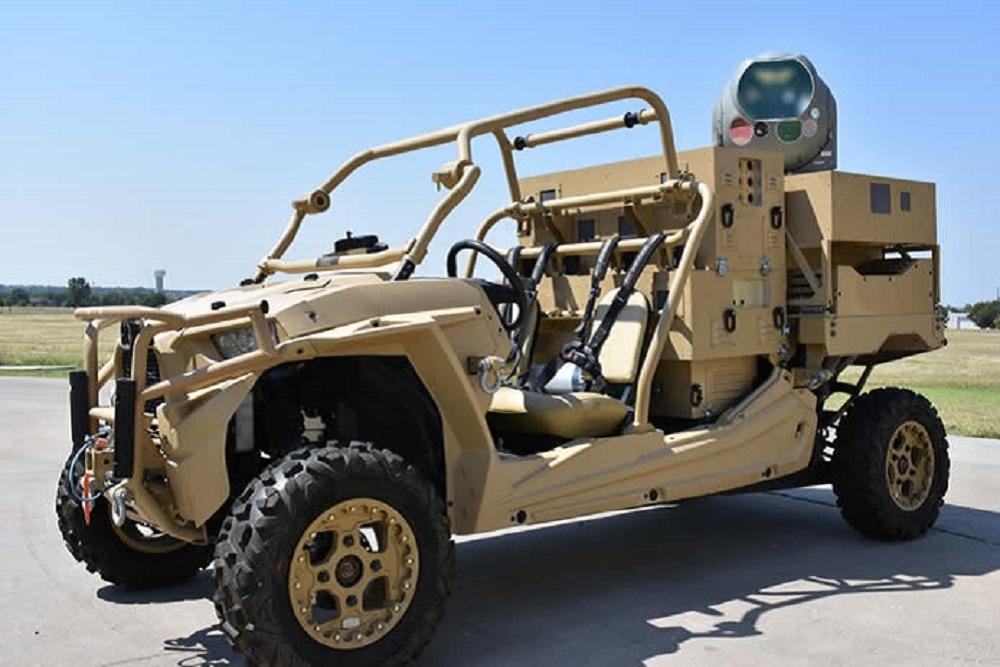 During the exercise, Raytheon’s targeting system directed HPM’s microwave energy at incoming enemy UAVs to disorient its guidance system. The system then fired the HEL which effectively blasted the drones out the sky. With a diesel power supply, the tracking system, HPM, and HEL can operate for several hours.

Raytheon’s HEL and HPM were tested at an undisclosed location. The exercise expanded on previously directed energy weapon demonstrations such as the Army’s directed energy exercise in 2017.

Military officials have warned about the proliferation of small to medium-sized armed drones are accelerating at an alarming rate. Small drones offer new levels of stealth and utility for military and terror organization on the modern battlefield. These drones can be purchased on the internet, are relatively inexpensive to build, and the operator can learn to fly it in minutes.

Take, for example, a small drone packed with explosives flown by Yemen’s Houthi rebels hit a military parade at the Al Anad Air Base outside Aden, a port city in eastern Yemen, early this year, wounding a dozen troops from a Saudi-led coalition. The small drone was able to penetrate the base’s missile defense system and exploded over military leaders and troops. The use of small drones on the modern battlefield has revolutionized warfare in the 21st century, made conventional forces vulnerable.

A drone attack on Yemen’s largest air base has killed several people and left a dozen more injured. pic.twitter.com/qcvu7I5rG4

Last week, the Air Force said it was nearing operational use of its Tactical High-power Microwave Operational Responder (THOR), a high-powered microwave energy weapon that can shield a base from drone swarm attacks.

Inexpensive drone technology has given terror organizations around the world new operational capabilities that can conduct surveillance and carry munitions for a direct-attack role. A trend that has forced the Pentagon to spend hundreds of millions, if not billions of dollars, on new technology to combat this ever so expanding threat.

Escobar: A Pipelineistan Fable For Our Times