Uber Drivers Go On Strike One Day Ahead Of Giant IPO

With just one day ahead of its Thursday IPO, Uber has hit a pothole of driver unrest.

Uber drivers in major cities across the United States and the UK are set to go on strike Wednesday over both lower wages and unstable working conditions, according to Bloomberg. What do they want? More concessions from the money losing ride sharing giant, which has already warned it will need to pay its drivers less in order to shift toward profitability.

To be sure, the timing is no coincidence – the international protest is planned in advance of the company’s IPO this week, expected to price on Thursday. Drivers in cities like London have said that they would collectively turn off their apps at 7AM on Wednesday, while driver groups in Boston, Los Angeles, New York and San Francisco have all said they would participate in the strike as well.

That said, the grassroots effort failed to attract much interest in early going, with the London strike appearing to fizzle as the app showed “numerous rides available around the capital’s financial district”. But the threat of protest caught the attention of politicians, prompting UK opposition leader Jeremy Corbyn to tweet: “Uber cannot be allowed to get away with huge payouts for their CEOs while refusing to pay drivers a decent wage and respect their rights at work.”

Uber cannot be allowed to get away with huge payouts for their CEOs while refusing to pay drivers a decent wage and respect their rights at work. Stand with these workers on strike today, across the UK and the world, asking you not to use Uber between 7am and 4pm. #UberShutDown

The issues at question for drivers are long-standing. Professional drivers say that the platforms have made it difficult to make a living in the industry and demands from the New York Taxi Workers Alliance have included boosting stability by ending “unfair deactivations”, raising driver pay and increasing regulation of fares while guaranteeing drivers a larger cut. Some organizers have also called for drivers to be classified as employees instead of contractors, a move that could shake up the ridesharing business model in a big way.

Lyft drivers tried to do the same thing during the company’s $25 billion IPO. Drivers went on strike in San Diego and Los Angeles, but virtually nobody cared as there was little coverage in the mainstream media and certainly no response from the company. 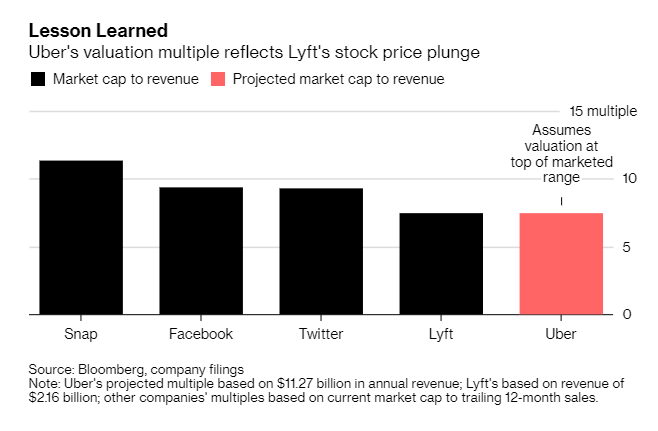 But since Uber is nearly 4 times the size of Lyft and one of the 10 largest IPOs of all time in the US, the strike will likely come as a bigger spectacle. The two companies have tried to offer stock to their most loyal drivers as a gesture of goodwill, but that hasn’t eased tensions.

Well, there is no gun to Yaseen’s head – he can always go back to driving taxis…

Uber responded on Tuesday by saying: “drivers are at the heart of our service—we can’t succeed without them. We will continue working to improve the experience for and with drivers” and that those efforts could include moving toward “more consistent earnings, stronger insurance protections or fully-funded four-year degrees for drivers or their families.”

For now, it doesn’t look like there is going to be any compromise. Uber posted an operating loss of about $3 billion last year and its growth rate has slowed in recent quarters, indicating that margins will likely need to expand in order for it to turn a profit. That margin expansion will come at the cost of reducing its $837 million in “excess driver incentives” last year, i.e., it will pay its drivers less, not more, something Uber has repeatedly warned about. The company said in its risk factors for its IPO:  “As we aim to reduce driver incentives to improve our financial performance, we expect driver dissatisfaction will generally increase.”

Which then brings up questions about the business viability: when cuts to driver incentives happen, drivers may grow increasingly dissatisfied. In fact, the Independent Workers Union of Great Britain has already called Uber’s business model “unsustainable.”

One protester, Lenny Sanchez for Rideshare Advocates, wrote on Wednesday:

Why are we striking? Because Uber pays drivers a pittance, while its executives become multimillionaires in the company’s initial public stock offering, which is expected to raise $90 billion. Uber founder Travis Kalanick will rake in at least $6 billion, even though he’s left the company. Ari Emanuel, the brother of Chicago’s mayor, Rahm, invested early in Uber so he will also make a fortune.

How little does Uber pay its drivers? Pennies on the mile. They say they skim 20 percent off every ride, but the truth is they take as much as 80 percent from many drivers. That’s because in addition to charging commissions, they’ve become loan sharks, too.

Perhaps Lenny doesn’t understand the concept of early investors taking the most risk in order to gain the most reward. Perhaps he also doesn’t know the “corporate greed” that he is rallying against is the same greed that allows him to get paid in the first place. 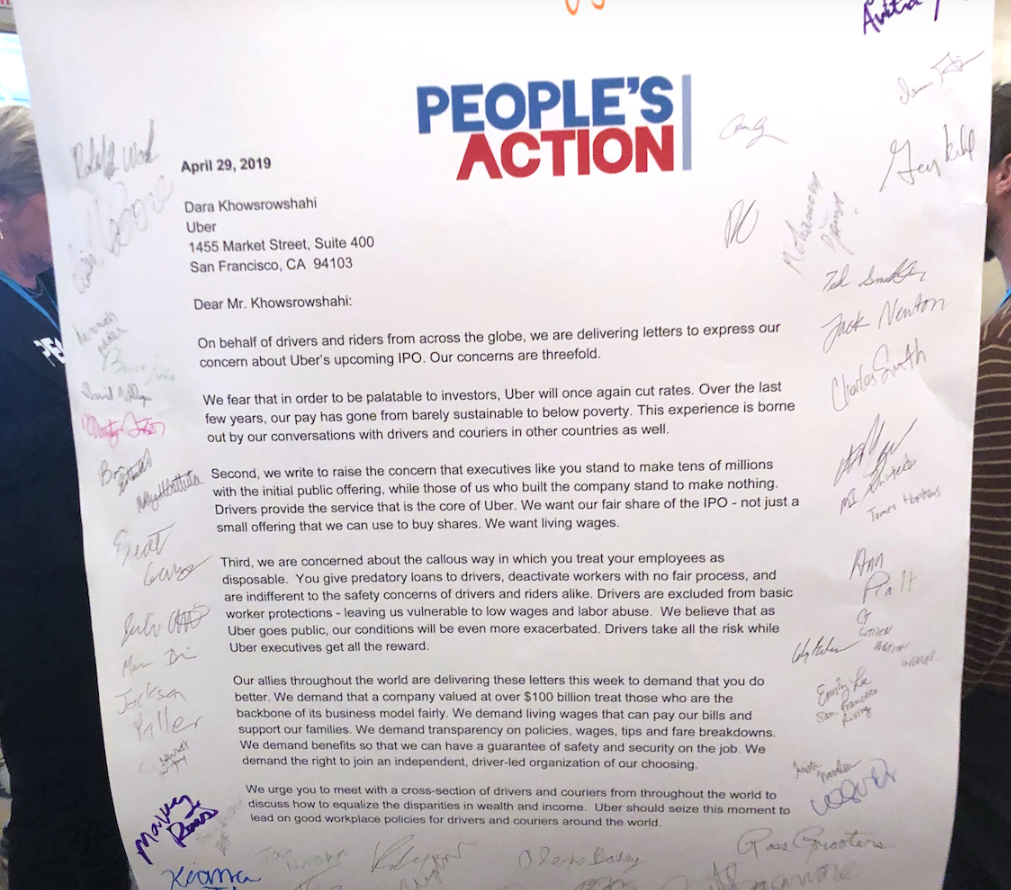 We’d also like to remind Lenny that he is always free to return back to being a cab driver, or find alternate work, at any point he’d like.

* * *
In addition to the strikes on Wednesday, there will be protests at several Uber offices, including at the company‘s headquarters in San Francisco. One group, Gig Workers Rising, promised to picket headquarters at noon on Wednesday and follow that demonstration with a 12 hour boycott. In New York, the Independent Drivers Guild said it would lead a procession of vehicles across the Brooklyn Bridge in protest, ending outside of a building in Queens where Uber and Lyft both have driver hubs.

The protests may wind up having more of an effect on travelers than on the companies themselves. In London, for instance, organizers are calling for a strike that would last from 7AM to 4PM. In New York, the strike will last through the morning rush-hour and in Boston and Los Angeles, drivers are being encouraged to turn off their apps for the full day.