The Department of Justice seized and shut down a major dark-web directory of drug marketplaces, DeepDotWeb (DDW), and arrested its alleged owners, in what US Attorney Scott Brady called “the single most significant law enforcement disruption of the darknet to date,” according to NBC News.

The alleged owners, Tal Prihar, 37, and Michael Phan, 34, both from Israel, were arrested Monday, Prihar in France and Phan in Israel, where they remain in custody. They each face a single count of money laundering conspiracy in the U.S. Phan also faces charges in Israel.

Prihar and Phan allegedly received kickback payments through bitcoin when someone purchased an item on the darknet sites found through the directory, earning more than $15 million in fees since October 2013, according to prosecutors.  –NBC News

The so-called ‘dark web’ or ‘darknet’ is an unregulated and clandestine network which can only be accessed using specific software such as Tor, and is not indexed by web search engines. It is used to facilitate all types of black markets, which include drug sales, money laundering, data brokers (credit cards, social security numbers, etc), child pornography and human trafficking.

“According to the indictment unsealed today, these defendants allegedly made millions of dollars by providing a gateway to illegal Darknet marketplaces, allowing hundreds of thousands of users to buy fentanyl, hacking tools, stolen credit cards, and other contraband,” said Assistant Attorney General Brian Benczkowski of the DOJ’s Criminal Division. 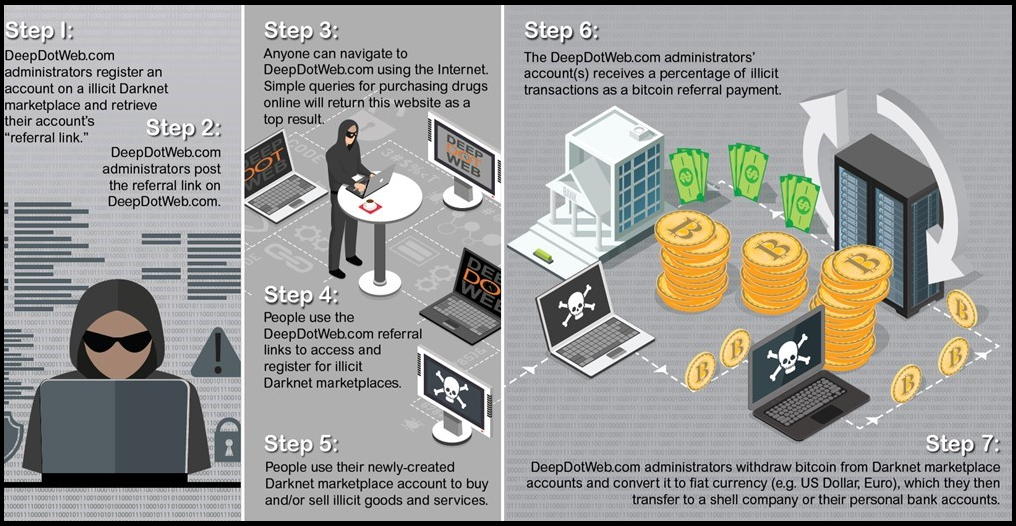 DDW received approximately $8.4 million worth of bitcoin (adjusted for the trading value at the time of each transaction) in kickbacks, which grew to a value of more than $15 million at the time of the withdrawals, according to the indictment. 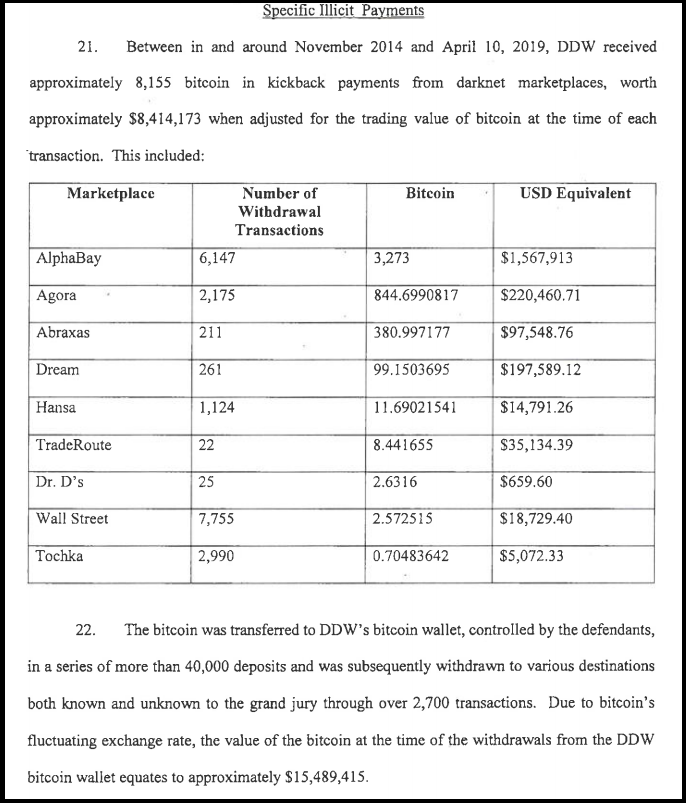 According to US Attorney Brady, the closure of DeepDotWeb is significant, as it should halt the sale of hundreds of millions of dollars in illegal merchandise.

While there have been previous dark web drug marketplace busts, they were quickly replaced by new ones – as was the case in the July 2017 closure of the AlphaBay and Hansa drug markets. Directories, on the other hand, are a bigger deal – and a first for the DOJ.

“This prosecution is the first to attack the infrastructure supporting the darknet itself,” said Brady, who added “This is the single most significant law enforcement disruption of the Darknet to date.”