Ask any banker (or analyst) what the difference is between a junk bond and a loan, and you’ll most likely get a blank start in response: starting with the size of the loan market, which is now virtually identical to that of the high yield bond market, continuing through the standardization of loan terms, the growth of secondary trading, and all the way through to “protections” granted to loan investors, which in an age of exclusively covenant-lite issuance, no longer exist, and one can argue that at least superficially, a loan is effectively the same as a junk bond. And yet, there is one critical difference between the two: junk bonds are securities, while  loans aren’t. 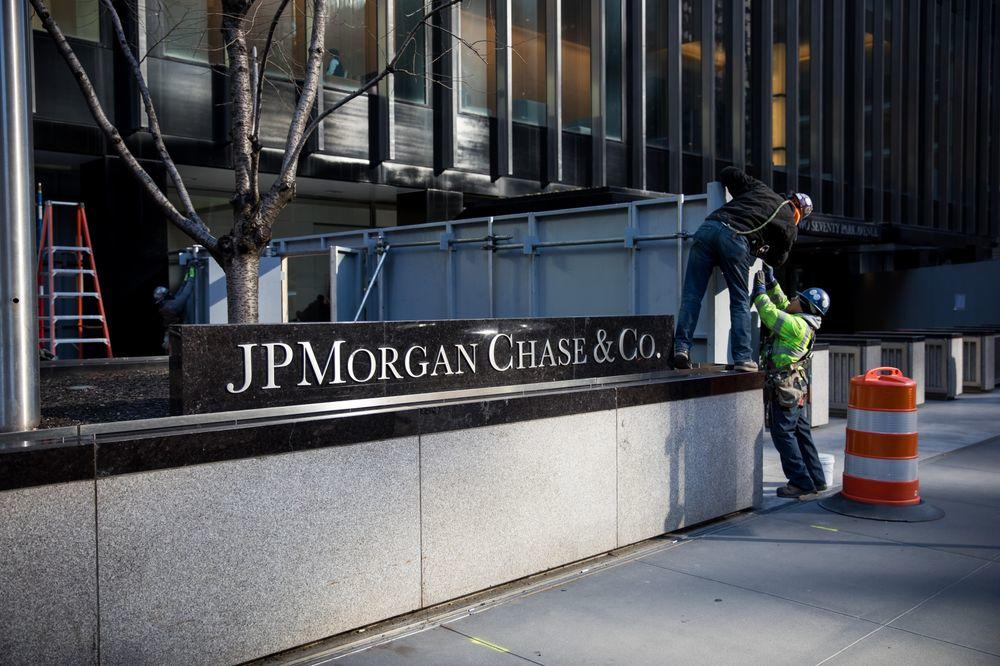 That difference, however, may not be true for much longer. As Bloomberg reports, a group suing JPMorgan Chase and other banks over a loan that went sour four years ago is alleging the underwriters engaged in securities fraud. If successful, the article contends correctly, the lawsuit will “radically transform the $1.2 trillion leveraged lending market” because should the plaintiff ultimately prevail in arguing that loans are de facto securities, it would dramatically alter how American companies raise debt, according to two industry groups that filed a brief supporting the defendants’ argument last week.

“There are absolutely enormous market consequences if a court determines that leveraged loans are securities,” J. Paul Forrester, a partner at Mayer Brown told Bloomberg. “Leveraged loans and lenders would be potentially subject to the same offering and disclosure requirements as securities and would face the same regulatory oversight and enforcement consequences.”

The lawsuit stems from a $1.8 billion loan that JPMorgan, together with Bank of Montreal, Citigroup Inc. and SunTrust Banks, arranged  in 2014 for Millennium Health LLC, then owned by private equity firm TA Associates, and which was sold to investors the same year. However, as Bloomberg reports, within just a few months, lenders saw the value of their loan plunge as the company disclosed that federal authorities were investigating their billing practices. Millennium quietly agreed to pay $256 million to resolve the probe, and then filed for bankruptcy.

And here’s why JPMorgan may be at fault: the bank knew officials were investigating Millennium when it sold the loan, but didn’t tell investors who were about to buy the debt, as Bloomberg reported in 2015. The bankers did not provide the information because Millennium told them it wasn’t material at the time; additionally since a loan is technically not a securities that is subject to the SEC Act, JPMorgan also did not have explicit underwriter diligence responsibilities to disclose everything that it knew about the issuing company as the assumption is the buyer is sophisticated enough to do their own due diligence.

Only in this case that was not the case; meanwhile the plaintiffs have an entirely different view of what JPM’s reporting obligations were:

“Styled as ‘leveraged loans,’ the debt obligations that defendants sold to the investors back in April 2014 have all the attributes of and, in fact, constituted credit agency-rated and tradeable debt ‘securities,’” the lender trustee wrote in the 2017 suit. As such, the defendants are liable “for sponsoring the materially false presentation of Millennium’s financial condition and business practices.”

Countering this interpretation, JPMorgan and Citi wrote in a memo last month that “The sophisticated entities that lent Millennium money now try to classify the loan as a ‘security’ and the loan syndication as a ‘securities distribution’ in an attempt to manufacture a securities fraud claim where none is viable, and to avoid the express language of the contracts into which they willingly entered.”

While the likelihood that it prevails is small, a ruling in favor of the plaintiff would additionally face numerous appeals as the decision works its way through the courts. As such, a fundamental transformation of the leveraged loan market is anything but imminent.  However, should the courts eventually decide that syndicated term loans are indeed securities, the consequences would be profound and widespread, as Bloomberg notes citing recent memos by the Loan Syndications and Trading Association and the Bank Policy institute.

Here are some ways that redefining loans as securities would affect the market:

“A major disruption in the CLO market would risk reducing that flow of capital – which is a vital resource for a wide spectrum of American businesses – to a trickle,” the industry groups wrote. “Cutting off an important source of capital could have serious consequences for leveraged companies, as well as significant ripple effects throughout the economy.”

In an attempt to mitigate the implications of their case, the plaintiffs Wednesday countered that the case is “not a referendum on the application of federal or state securities law” to syndicated leveraged loans generally, but strictly to the Millennium syndication in particular, however if they prevail it is assured that any other party that finds itself in a similar situation would refer to this case going forward.

This particular lawsuit aside, Bloomberg notes that there’s a growing chorus warning that the loan market is becoming too risky and with virtually no regulatory oversight. This week, the Fed itself addressed the perils of leveraged lending in its bi-annual financial stability report this week, echoing the IMF, the BOE, and countless investing legends. And while the SEC may be tempted to intervene, lawsuit against JPM notwithstanding, the implications would be so momentous for the market that SEC head Robert Jackson Jr. said last month the regulator may need more power from Congress to police hazards manifesting in the market.

And while loans and junk bonds have merged into what is effectively the same funding product, whether it is a security or not notwithstanding, the two markets maintain several other notable distinctions, to wit:

Syndicated loans are only marketed to qualified, accredited investors, for starters. They’re typically secured by a lien on assets, making them less risky and lower yielding than a comparable bond. They almost always pay a floating coupon, and have more flexible prepayment options than bonds.

But more importantly, offering documents don’t provide nearly the same level of financial disclosure as found in bond prospectuses, and syndicate participants have historically relied on confidential, non-public information when determining whether to lend. This is the so-called “sophisticated buyer” loophole, and the defendants argue the investors knew this going into the transaction.

“A lender that becomes part of a syndicate does so on the express understanding that it is responsible for conducting its own due diligence,” the industry groups wrote in the brief. “Declaring syndicated term loans to be securities would upend the expectations of borrowers and lenders and wreak havoc in the large, and vitally important, market for those loans.”