In what’s likely to be some sort of marketing ploy, a condo development in Miami is making preparations for flying cars. 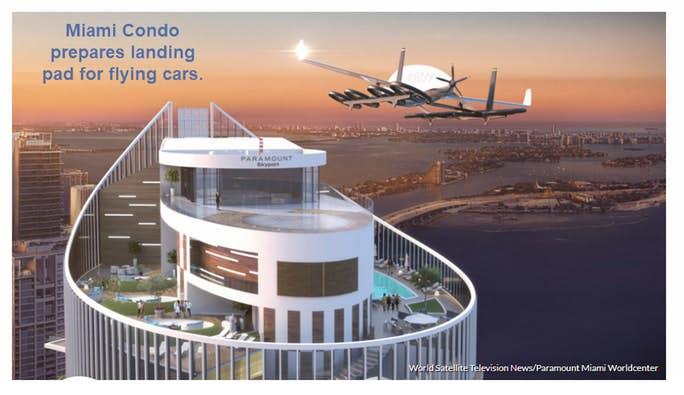 This George Jetson story is so absurd that I would have guessed Elon Musk or Trump was behind it. Nope.

Here’s an announcement that’s safe to mock Flying cars haven’t landed yet, but this $600 million Miami condo development is preparing for their arrival.

Flying cars are still years away, but residents may eventually be able to fly them home to the $600 million Paramount Miami Worldcenter, a 540-unit condominium building. The 60-story residential tower in downtown Miami has a private skyport, which it says is designed in anticipation for flying cars, or vertical takeoff and landing (VTOL) vehicles.

There are some major drawbacks to the skyport: Cars can only take off and land there, and currently there is no VTOL vehicle that is commercially available. “We have built the 60th floor SkyDeck pool so its floor will rise, transforming itself into a take-off and landing pad,” says Daniel Kodsi, Paramount Miami Worldcenter’s CEO-developer.

So if George Jetson or his modern equivalent wants to land there, the other millionaire residents will have to cut their exercise short and jump out of the pool. If the floor rises, the pool will need to be drained.

Flying cars are being developed by big name companies like Airbus, Boeing, Germany’s Volocopter. Some estimates say the industry will be worth $615 billion by 2040.

“You never even have to go through the lobby,” Kodsi says of conceiving the idea for a 5,000-square-foot roof-top landing pad. Residents of the 549-unit condo tower “can get dropped off on the roof and take a private elevator to their high-rise homes,” says Kodsi. He was inspired by the 1960s cartoon “The Jetsons” to build the Skyport in anticipation of facilitating the futuristic flying cars. 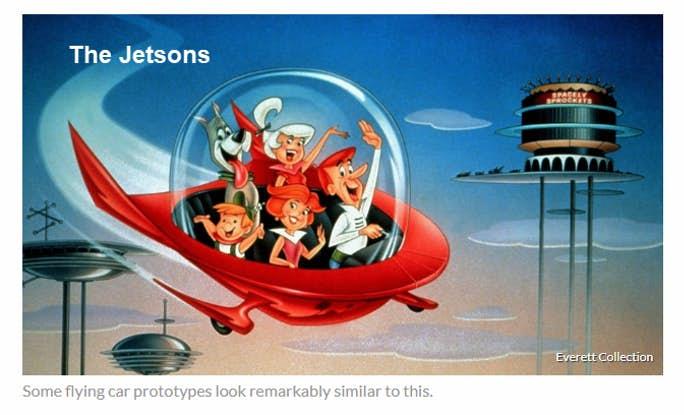 Flying cars for the masses? Now? Please be serious.

When I was a kid, I had visions of Personal Flying Vehicles. I called them PFVs.

I don’t doubt PFVs will become a reality, eventually. But when? At what price? For the masses?

Preparing now for something that is many decades away, if ever, with specs that will undoubtedly change, is ridiculous. The design requiring the pool to drain is beyond absurd.

But here we are.

This has to be some sort of marketing ploy.