Following yesterday’s dismal 10Y auction, which saw the lowest bid to cover in a decade as Indirect bidders tumbled, prompting speculation that China was purposefully boycotting the sale, earlier today we warned to keep an eye on today’s critical 30Y bond sale, as a similar disastrous reception would suggest that Beijing has indeed decided to spook the US bond market and could potentially lead to a rout across the curve as Beijing flexes its muscle.

If China’s really wants to flex muscles, today’s 30Y auction will be an absolute disaster

Well, the 30Y auction has come and gone, and… there was no shock, because unlike yesterday’s disastrous 10Y auction, today’s 30Y was llike a walk in the park by comparison.

While the auction priced at 2.982%, tailing the When Issued 2.890% by 0.2bps, this was far less than the 1.4bps tail that shocked traders yesterday. Furthermore, this was the lowest yield on the 30Y since January 2018, avoiding the reversal that was observed in yesterday’s 10Y auction.

The internals were even better, with the Bid to Cover dippined only modestly, from 2.25 in April to 2.20 in May, which while below the 6-auction average of 2.22% was nowhere near the 10year low BTC printed yesterday, and was even higher than the 2.19% print in January. And indicating that China had no intention to send any signals today, Indirects took down 60.5% precisely the same amount as April, with Directs dipping modestly from 14.4% to 11.0%, the lowest since November, while the Dealers take down increased from 25.1% to 28.5%, the highest since November. 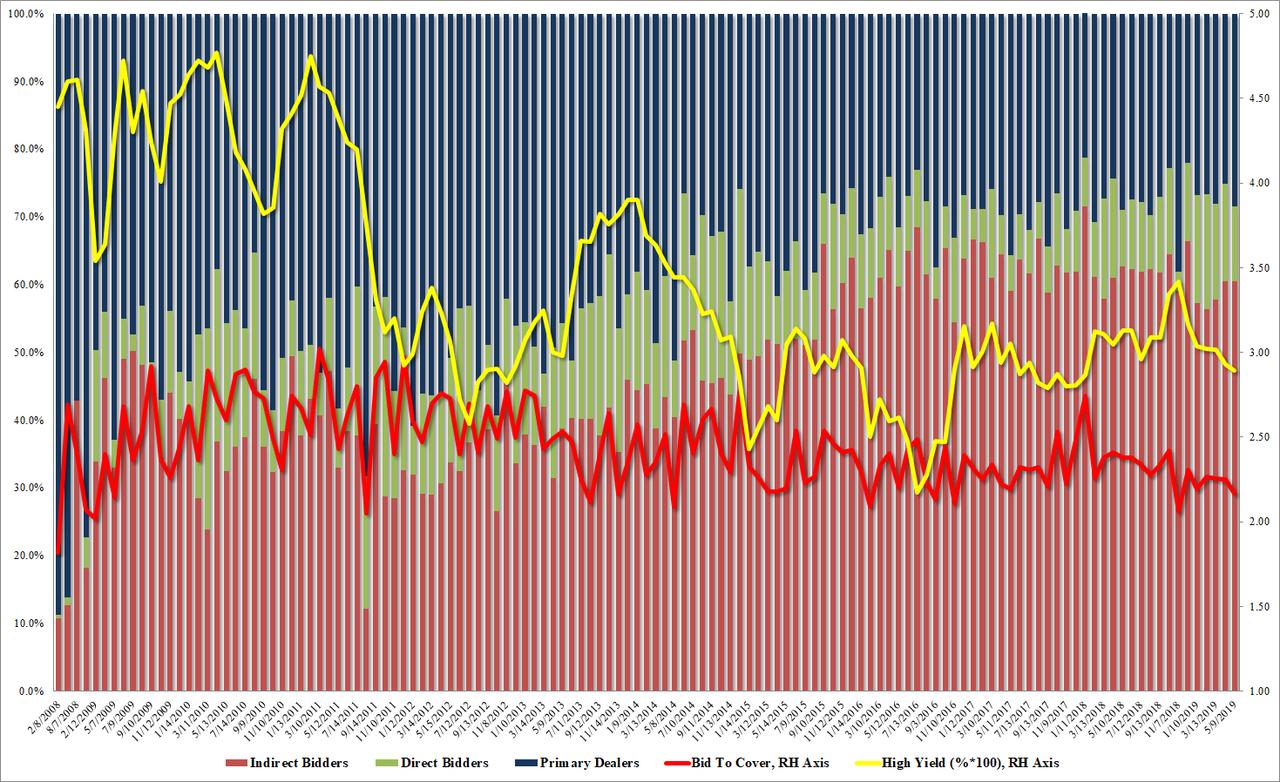 Overall, while hardly a spectacular auction, today’s sale of $19 billion in 30Y paper was orders of magnitude better than yesterday’s 10Y disaster, and so bond traders who were bracing for the worst, can finally exhale.