Guess who wrote the following text:

When Alexa runs your home, Amazon tracks you in more ways than you might want

Would you let a stranger eavesdrop in your home and keep the recordings? For most people, the answer is, “Are you crazy?”

Yet that’s essentially what Amazon has been doing to millions of us with its assistant Alexa in microphone-equipped Echo speakers. And it’s hardly alone: Bugging our homes is Silicon Valley’s next frontier.

If you did not say the Washington Post, arguably the most influential political newspaper which for the past few years has been owned by the world’s richest man, Amazon founder and Donald Trump nemesis, Jeff Bezos, you could be forgiven: after all, the last thing your newspaper should be publishing is an in depth analysis into how you are spying on virtually every person who was gullible enough to buy your products which turned out to be nothing but a massive espionage operation that would make the NKVD blush.

But lest the point of the article is lost a quick glance at the title should help: Alexa has been eavesdropping on you this whole time.

What we find strange, however, is that even though it has now been fully documented and thoroughly disclosed that Alexa is a not so hidden microphone allowing Bezos and his minions, potentially including journalists from the WaPo, to listen in on every single word that is said in Alexa’s vicinity, Americans not only have not boycotted the product but continued to buy it: yes, they are paying to be spied upon!

That said, one can always hope that a casual glimpse into just how much information Alexa has collected on each and every American, will finally stop this ludicrous behavior. Luckily, there’s a website for that.

Following the recent pieces from Bloomberg and others exposing Alexa’s mass surveillance operation, everyone can listen in to their own Alexa archive at the following address, by clicking on “Review Voice History.”

But wait it gets better: as the WaPo writes,” Amazon says it keeps our recordings to improve products, not to sell them. (That’s also a Facebook line.) But anytime personal data sticks around, it’s at risk. Remember the family that had Alexa accidentally send a recording of a conversation to a random contact? We’ve also seen judges issue warrants for Alexa recordings. “

And it’s not just Alexa: Inspired by what the WaPo’s tech columnist Geoffrey Folwer found in his Alexa voice archive, he wondered: What other activities in my smart home are tech companies recording? His answer:

When I’m up for a midnight snack, Google knows. My Nest thermostat, made by Google, reports back to its servers’ data in 15-minute increments about not only the climate in my house but also whether there’s anyone moving around (as determined by a presence sensor used to trigger the heat). You can delete your account, but otherwise Nest saves it indefinitely.

Then there are lights, which can reveal what time you go to bed and do almost anything else. My Philips Hue-connected lights track every time they’re switched on and off — data the company keeps forever if you connect to its cloud service (which is required to operate them with Alexa or Assistant).

Every kind of appliance now is becoming a data-collection device. My Chamberlain MyQ garage opener lets the company keep — again, indefinitely — a record of every time my door opens or closes. My Sonos speakers, by default, track what albums, playlists or stations I’ve listened to, and when I press play, pause, skip or pump up the volume. At least they hold on to my sonic history for only six months.

And now the craziest part: After quizzing these companies about data practices, I learned that most are sharing what’s happening in my home with Amazon, too. Our data is the price of entry for devices that want to integrate with Alexa. Amazon’s not only eavesdropping — it’s tracking everything happening in your home.

So for all those addicts who still need to feel at the forefront of the technological revolution and just can’t part ways with their in home eavesdropping devices carefully disguised as products meant to make your life easier, we have just one piece of advice: 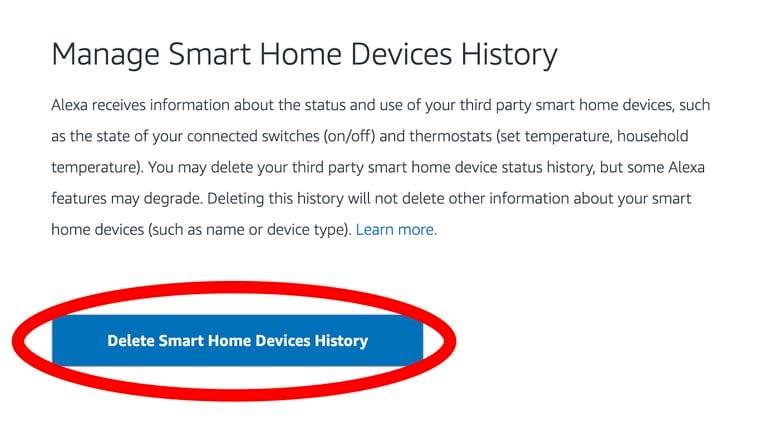 For everyone else, well, we hope you enjoy having your most intimate secrets and details of your life be the talk of the town in some secretive Amazon office half way around the world.

Do We Consent to Government by Refusing to Emigrate?

Recycling: Wasting Resources While Claiming to Conserve Them