CNN reports that at least 70 migrants have died and 16 rescued when their boat capsized near the Kerkennah Islands off Tunisia’s eastern coast on Friday, while trying to make it to Europe from the war-torn Libyan coast.

The Tunisian Navy was first on the scene, and regional media reports recovery efforts are ongoing, after the boat carrying what’s described as migrants of mostly sub-Saharan origin sank.

It’s the latest major tragedy involving mass migrant drownings which have been frequent since the Middle East-Africa region refugee crisis exploded in connection with geopolitical upheavals spanning back to 2011, further triggering a European political crisis over attempts at a unified EU policy.

According to the UN migration agency International Organization for Migration (IOM), a total of 443 migrants have died in the Mediterranean this year.

And IOM figures further show a shocking 25,451 number attempted crossings — most of which have been intercepted by regional navy and coast guard vessels. 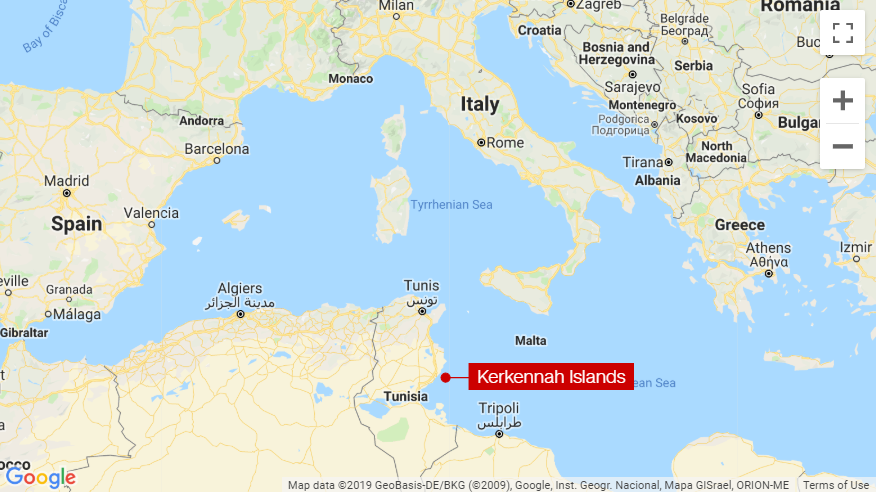 According to last year’s IOM figures, 2,297 migrants died or went missing in the Mediterranean out of a total of 116,959 people who reached Europe’s coast via the sea.

Further details were reported by Reuters of Friday’s tragedy as follows:

The boat sank 40 miles off the coast of Sfax, south of the capital Tunis, the Tunisian agency said. Fishing boats rescued the survivors, it said.

The Tunisian Defence Ministry said the boat had left from the Libyan port of Zouara on Thursday aiming to reach Italy. Navy units have recovered only three bodies so far, it said in a statement.

“Another tragedy in the Mediterranean,” the IOM said.

Even before the latest round of chaos in Libya which has witnessed Haftar attempting to assert control over the capital of Tripoli with the use of air power and artillery – lately with US political backing – Libya has for years been torn between three and four warring governments, each backed by dozens of militias vying for control, at any given time.