Pompeo To Meet With Putin, Lavrov During Russia Visit

Secretary of State Mike Pompeo will meet with Russian President Vladimir Putin and Foreign Minister Sergey Lavrov during a trip to Russia next week, according to the US State Department. 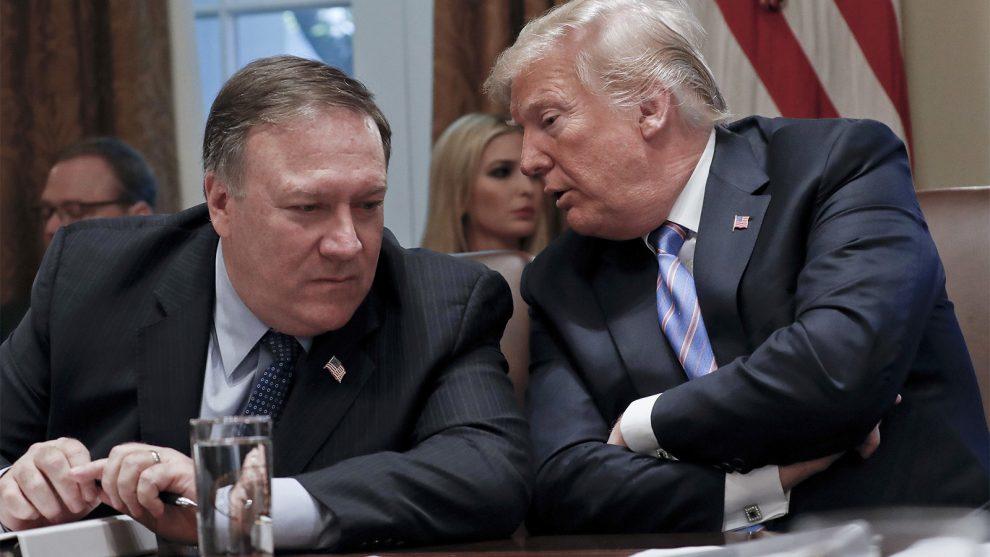 They are set to discuss the “the full range of bilateral and multilateral challenges” while meeting in the southern city of Sochi on May 14.

This will be the second Lavrov-Pompeo meeting this month – the first being May 6 talks in Finland which lasted an hour and paved the way for next week’s sit-down, according to Russia’s top diplomat.

On May 3, President Trump and Putin had a 90-minute telephone conversation during which Trump says they discussed special counsel Robert Mueller’s investigation into Russian meddling in the 2016 US election.

“We discussed, he sort of smiled when he said something to the effect that it started off as a mountain and it ended up being a mouse, but he knew that, because he knew there was no collusion whatsoever, so pretty much that’s what it was,” said Trump after the call.