Guaido Begs US Military To Help With Maduro Regime Change

Venezuela’s self-declared President Juan Guaido said on Saturday that he has instructed his political envoy in Washington to immediately open relations with the US military.

Guaido asked his ambassador, Carlos Vecchio, to sit down with Pentagon officials for “direct communications” to discuss “coordination” of efforts to remove Venezuelan President Nicolás Maduro, whose 2018 reelection Guaido claims is illegitimate. 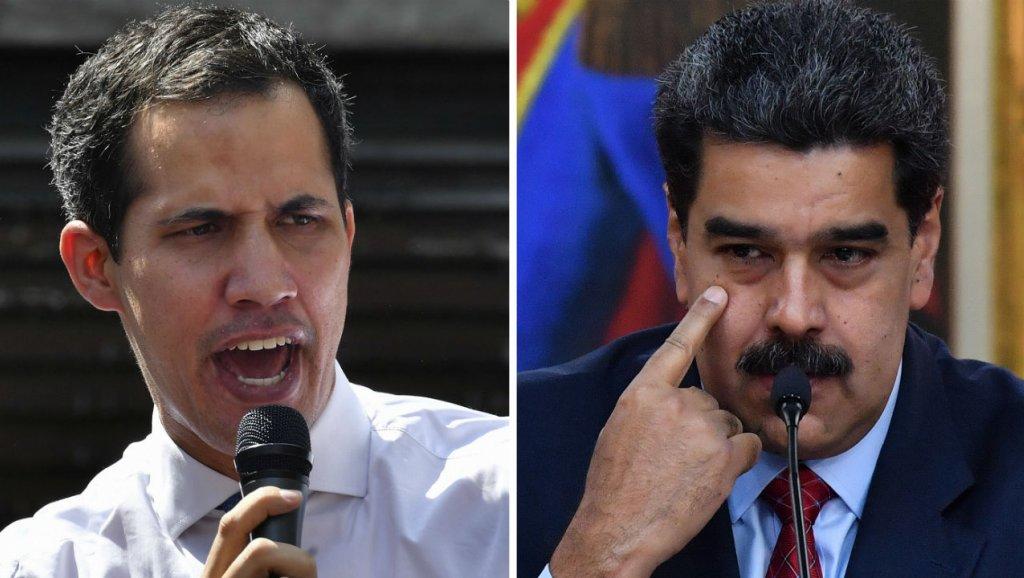 “We have instructed our ambassador to meet immediately … with the [US] Southern Command and its admiral to establish a direct relationship,” Guaido told a Caracas crowd during a pro-opposition rally.

“We have said from the beginning that we will use all the resources at our disposal to build pressure.”

The Southern Command is part of the US military responsible for operations and security in Central and South America, along with the Caribbean.

The Trump administration has repeatedly said that “all options are on the table” to end the country’s yearslong political crisis. Washington, along with the European Union and most of Venezuela’s neighbors, have backed Guaido to take control of the oil-rich nation.

However, Brussels and most Latin American countries have expressed opposition to potential military intervention. –DW

According to Venezuela’s Foreign Minister Jorge Arreaza, the CIA is behind a plan to overthrow Maduro, according to Russia’s state-owned Tass. Speaking at a Moscow press conference on Monday, Arreaza said “There is a whole plan made up by the CIA and the Venezuelan opposition to overthrow the Maduro government and take control of our country’s natural resources, which belong to the people as a result of a socialist revolution,” adding “This is what we are trying to prevent. We don’t want the Venezuelan people to suffer”

Maduro, meanwhile, says that the CIA recruited his former intelligence chief over a year ago, who he claims masterminded the ham-handed coup attempt. In a Friday speech, Maduro slammed General Manuel Ricardo Cristopher Figuera, former director general of Venezuela’s National Intelligence Service (SEBIN), who defected in the wake of the failed April 30 military coup.

“Investigations have succeeded in proving that General Manuel Ricardo Cristopher Figuera has been recruited by the CIA for more than a year,” said Maduro, adding that the “traitor” Figuera would face justice “sooner rather than later.”

Maduro claimed that Figuera knew he was going to be fired and arrested at 9:00 a.m. on April 30, and prematurely launched the coup attempt before his imminent arrest.

Meanwhile, on Saturday Venezuelan defense minister Vladimir Padrino condemned what he called an illegal incursion by a US coast guard cutter in Venezuelan territorial waters – providing no evidence for his claim, but saying that Venezuelan vessels were able to force the ship to retreat.

“I don’t know if other republics will accept actions like this in their jurisdiction, but we will not,” said Padrino.

A spokeswoman for US Southern Command, Col. Amanda Azubuike, said that a coast guard vessel was performing a drug interdiction mission in international waters of the Caribbean sea.

In past days, Padrino also denounced what he said were attempts by the US military to sow discord inside Venezuela’s barracks, inviting an angry response from Adm Craig Faller, head of Southern Command, who said he “stands ready” to assist Guaido.

“I look forward to discussing how we can support the future role of those [leaders of Venezuelan armed forces] who make the right decision, put the Venezuela people first and restore constitutional order,” Faller said. –The Guardian

Guaido maintains that as Venezuela’s rightful leader, he has the right to invite foreign military actions – similar to how independence hero Simon Bolivar utilized 5,000 British mercenaries which he hired to liberate South America from Spain – adding that any such help should be considered “cooperation” instead of “intervention.”

“We live in dictatorship,” said Guaido, adding “We don’t have the option to stay at home waiting, but to keep demanding our rights in the streets.”

To that end, Maduro still controls the Venezuelan military, and calls Guaido a “puppet” of the Trump administration.

“The US empire aims to end the Bolivarian Revolution,” tweeted Maduro on Saturday. “We show the world that we can do social justice.”