President Trump used a late-night infomercial trick on China, warning in a pair of Saturday tweets that it would be “wise for them to act now” on a trade deal, as it “will become far worse for them if it has to be negotiated in my second term.” 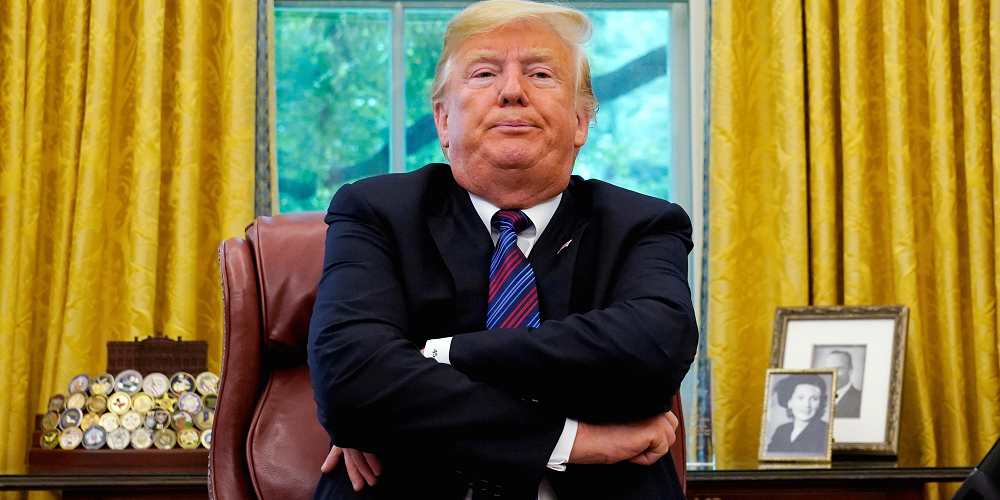 ….The only problem is that they know I am going to win (best economy & employment numbers in U.S. history, & much more), and the deal will become far worse for them if it has to be negotiated in my second term. Would be wise for them to act now, but love collecting BIG TARIFFS!

Trump’s tweets come after a Friday tariff hike from 10% to 25% on $200 billion of Chinese imports, along with the unexpected announcement that he would begin the process of raising tariffs on all remaining imports – around $300 billion worth of goods.

On Wednesday, Trump fired off a pair of similar ‘act now’ tweets – suggesting that Beijing was backing off on trade negotiations because of their “sincere HOPE that they will be able to “negotiate” with Joe Biden or one of the very weak Democrats.”

“Guess what, that’s not going to happen!” continued Trump.

….Guess what, that’s not going to happen! China has just informed us that they (Vice-Premier) are now coming to the U.S. to make a deal. We’ll see, but I am very happy with over $100 Billion a year in Tariffs filling U.S. coffers…great for U.S., not good for China!

Trump did not rule out reversing the heavy tariffs if there is progress in future trade talks.

Beijing, meanwhile, said it remains “cautiously optimistic” about negotiations with the US, with Vice Premier Liu He on Friday saying “I don’t think our consultations have derailed,” adding “On the contrary, I think it’s quite normal, it’s inevitable to have minor twists and turns in negotiations between two countries.”

Chinese Vice Premier Liu He speaks about rational handling of China-U.S. trade frictions, after conclusion of latest round of high-level economic and trade consultations with U.S. side pic.twitter.com/unDqtsgPIU

In response to the latest round of tariffs, China said it would respond with “necessary countermeasures.”

Hu Xijin, EIC of the Global Times welcomes Trump’s threats, tweeting “The sooner new tariffs on $300 b of Chinese goods come, the better,” as it means that the trade war will reach “the 1st turning point, shifting from a comprehensive US offensive to a stalemate.” After that, the two sides will compete “on endurance,” which CHina’s political system will ensure “we won’t lose.”

The sooner new tariffs on $300 b of Chinese goods come, the better. That means trade war comes to the 1st turning point, shifting from a comprehensive US offensive to a stalemate. The two sides will then compete on endurance. China’s political system will ensure we won’t lose.