One of the biggest profile names caught up in the largest college admissions scandal ever, actress Felicity Huffman, has pled guilty today, according to Bloomberg and Reuters. She now faces prison time.

Huffman, who once starred in the television series “Desperate Housewives”, pled guilty in Boston federal court to a conspiracy charge for paying $15,000 to have somebody secretly correct her daughter’s SAT entrance exam answers. She is the latest in a line of defendants who have pled guilty as a result of the scandal.

Huffman’s daughter scored a 1420 on her SAT, 400 points higher than her Preliminary SAT exam a year earlier. Huffman is said to have discussed the scheme on a recorded phone call with the scheme’s mastermind, William “Rick” Singer.

Huffman is married to actor William H. Macy and was nominated for an Oscar for “Best Actress” in 2005. 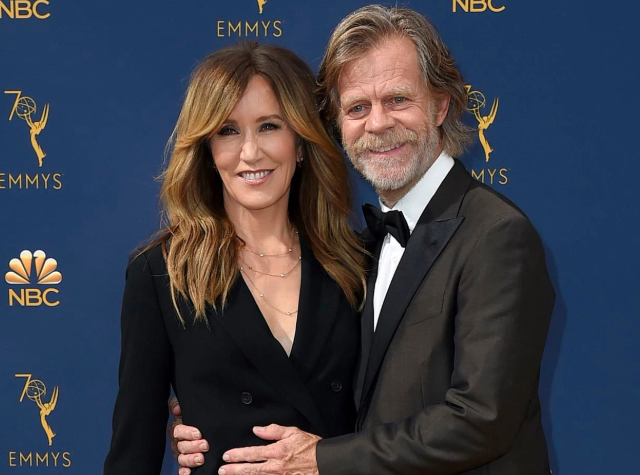 She’s among 50 total people accused in taking part of a scheme by Singer that involved cheating, bribing test proctors, and bribing athletic coaches to help parents gain preferred admission spots at universities like Yale, Georgetown and USC for their children.

In an April statement, Huffman said:

“I am in full acceptance of my guilt, and with deep regret and shame over what I have done, I accept full responsibility for my actions and will accept the consequences that stem from those actions. I am ashamed of the pain I have caused my daughter, my family, my friends, my colleagues and the educational community. I want to apologize to them and, especially, I want to apologize to the students who work hard every day to get into college, and to their parents who make tremendous sacrifices to support their children and do so honestly.”

As we’ve reported, the fallout from the scandal has been wide ranging. As part of our coverage, we detailed how financial speaking gigs and elite high schools helped facilitate the scam for years. We also covered when UCLA’s Men’s Soccer Coach and former U.S. Men’s national team player Jorge Salcedo recently resigned from his position at the university as a result of taking bribes. We wrote about how students were being encouraged to fake learning disabilities in order to cheat on college entrance exams and, about a week ago, we reported that Georgetown’s tennis coach had allegedly taken hundreds of thousands of dollars in bribes to help students gain admission to the school as potential recruits.

The scheme’s mastermind, Singer, pled guilty in March to charges that he facilitated the cheating and helped bribe coaches. He has since been cooperating with the government.

Huffman was scheduled to plead guilty alongside of another parent, California businessman Devin Sloane, who is accused of paying Singer $250,000 to help his oldest son gain admission to USC as a purported recruit for the school’s water polo team.

Huffman made a $15,000 contribution to Singer’s foundation in exchange for having one of Singer’s associates secretly correct her daughter’s answers on a college entrance exam at a test center that Singer controlled.

Huffman said her daughter: “knew absolutely nothing about my actions, and in my misguided and profoundly wrong way, I have betrayed her.”

As a result of her plea, prosecutors have agreed to recommend a prison term at the low-end of the 4 to 10 months that she faces under sentencing guidelines. While Huffman is set to face the music, another big name actress in the scandal, Lori Loughlin, has decided to fight prosecutors, recently entering a plea of not guilty, as we reported last month.