Whenever equity markets hit an air pocket, as they did last week, we like to review US-listed exchange traded fund money flows. These come out daily, with a one-day lag, and offer a detailed look at where capital is moving in real time. While it is not a complete picture – mutual fund, hedge funds and retail are much less transparent – over the years we have found that ETF flows are a reasonable proxy for investor sentiment.

As for where that $7.6 billion of equity outflows came from:

One notable development – the S&P500 ETF, better known as the SPY, saw outflows every single day this month! 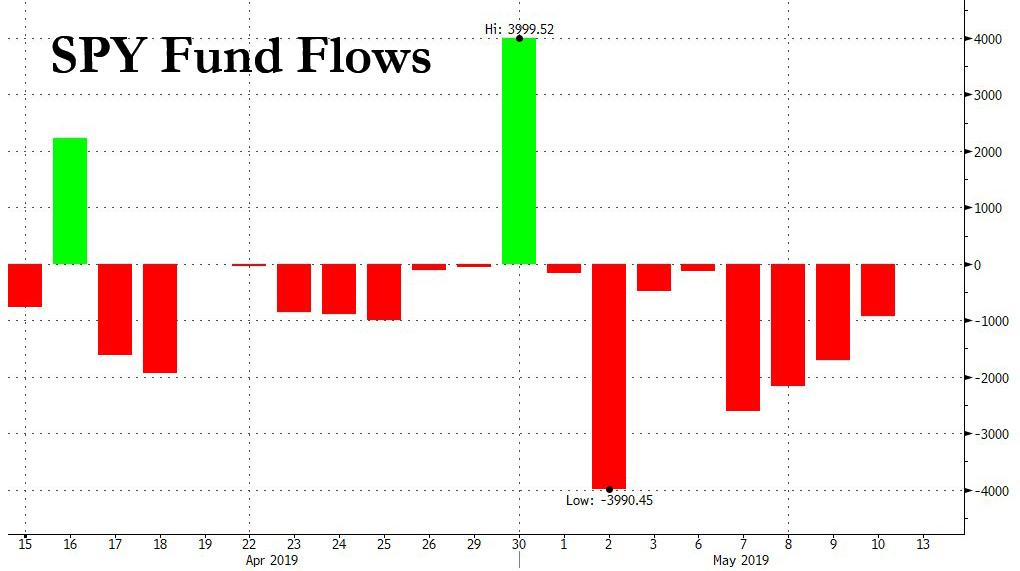 Why this matters: while EM dramatically underperformed last week (-5.1% vs. -2.2% for the S&P), ETF investors did not throw in the towel. From a market sentiment standpoint, that’s not great news. You would want to see EM equity holders shove their way out of the asset class to signal a near term bottom. And we don’t have that yet.

Now, here is some color on the $944 million of fixed income inflows:

Why this matters: ETF investors are not just rethinking equity portfolio allocations – they are also reducing duration risk and improving the credit quality of their fixed income exposure.

Finally, a selection of US equity market cap-related and sector flows from the last week:

Summing up our thoughts on this weekly flow data: last week’s market volatility clearly pushed ETF investors to de-risk portfolios, but the flow data doesn’t suggest widespread panic just yet. As we have noted in past write-ups, ETF flows have gone from reliably strong to choppy in the last 6 months. As such, last week’s redemptions look more normal than they would have just 2-3 years ago. Despite equity flows turning negative, there’s nothing here to signal a near term low for market sentiment.