One of the companies that has been hit the hardest following the latest escalation in trade war between the US and China, and which not only is reliant on Chinese consumers to purchase its products and services on the mainland, but also produces iPhones in China and is thus subject to a double whammy of anti-American sentiment and higher export tariffs, is Apple, with its shares sliding -11% since the start of last week and 5% on Monday, on fresh worries relating to escalating trade war and the imposition of tariffs on imports from China, as well as on concerns over the consequences of the recent Supreme Court decision allowing a lawsuit against Apple practices in the App store.

Sure enough, according to calculations by JPM’s Samik Chatterjee, Apple would need as much as 14% price increase on iPhones to offset headwinds from scope expansion of tariffs. 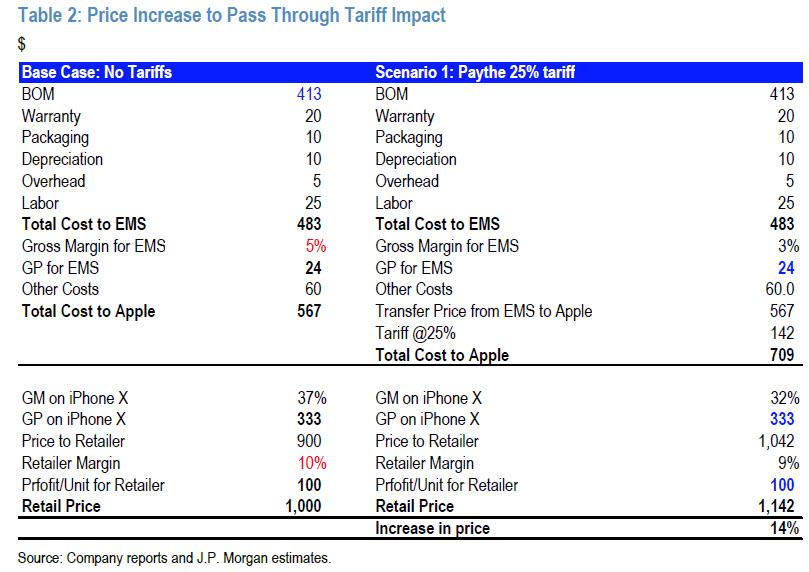 Based on a 37% gross margin assumption for iPhones, Apple would need to take as much as 14% price increase on iPhones to pass on the higher costs as a result of potential expansion of tariffs. If Apple is willing to absorb all the tariff and not raise prices, JPM estimates a ~400 bps headwind to margins. 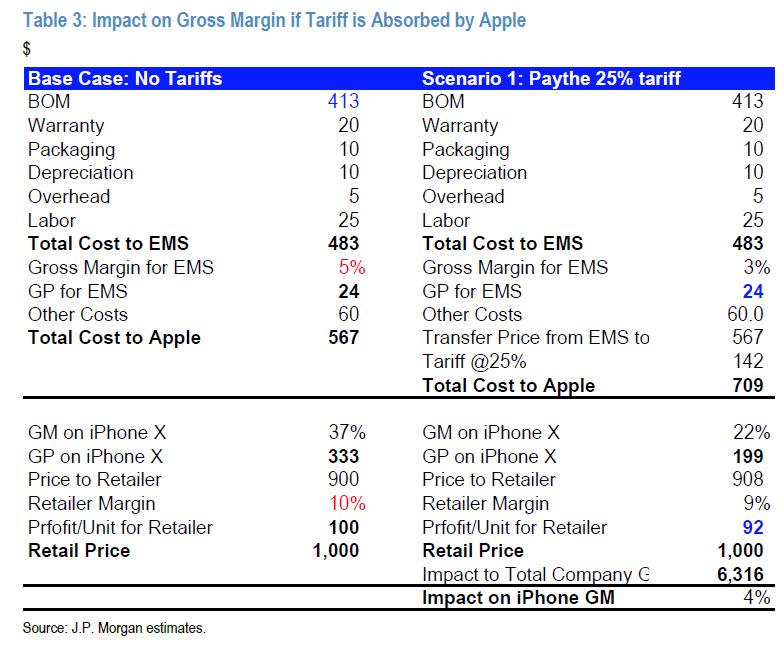 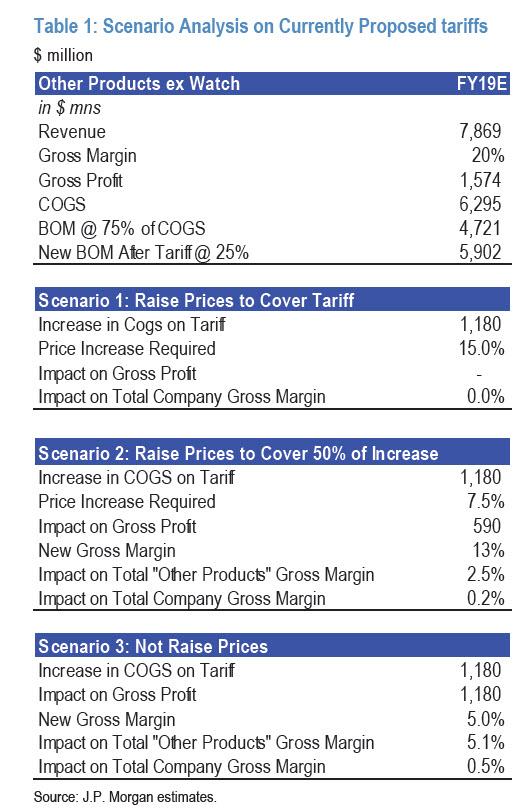 With the various scenarios in place, JPM calculates that the expansion of tariff scope to include all hardware products “implies estimated -14% EPS downside.” Assuming similar headwinds on other hardware products, including Mac devices, iPad, wearables, and accessories, JPM warns that “there could be more downside on AAPL shares in the near-term were sentiment around US-China trade talks to worsen further.”