Uber’s underwriters, led by Morgan Stanley, were so (rightfully) worried that the company’s IPO was going to crater in the days after its public offering, they deployed what CNBC is calling “a nuclear option” and shorted IPO stock naked, even beyond the traditional greenshoe. Of course, anyone in the industry would simply call this “selling to the dumb money ahead of an obviously overpriced IPO,” but we digress.

This naked shorting is utilized as a tactic to “support the stock” in addition to the usual 15% greenshoe that underwriters overallocate just so they can cover into, if the stock is plunging, with hopes of stabilizing the drop (Morgan Stanley was also Uber’s very much ineffective stabilization agent). CNBC referred to the short covering as “a technique that goes above and beyond the traditional help a new offering can get.”

What they fail to say is that covering this short does provide support: but generally, at much lower prices. In essence, the tactic really only “helps” the underwriter sell shares outside of the greenshoe to willing participants. 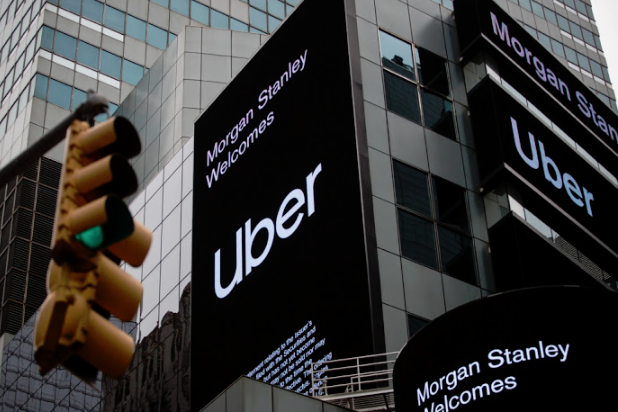 “A naked short position is more likely to be created if the underwriters are concerned that there may be downward pressure on the price of the common stock in the open market after pricing that could adversely affect investors who purchase in this offering.”

In short, naked shorting is a tactic that would only be employed if the underwriters are so worried that the IPO will tumble, they prepared a Plan B option (whose mere presence, in a reflexive loop, will likely activate it) after LYFT’s disastrous IPO. Even funnier was when it was reported that the underwriters tried to console UBER bagholders market participants by telling them that “there would be additional support from the naked short”.

Alas, that’s not quite how it worked out.

Uber fell about 18% during its first two sessions, despite the requirements of the naked short stating that underwriters must close out their position by purchasing shares in the open market.

Like any good short and despite the PR campaign that it helped support the stock, Morgan Stanley actually stood to benefit on the naked short if the stock fell. Those profits are likely added to the underwriter’s fee pool when they cover. Profits from the naked short will likely contribute to a reported $100 million in fees from underwriting the deal; they effectively come right out of the long’s pockets, the same longs who are also known as Morgan Stanley “clients.”

Naked shorting was generally outlawed after the financial crisis, but like any good strawman scapegoat, it has continued in the institutional investing world and remains common practice with investment banks during questionable public offerings. Naked short selling as part of a syndicate in an IPO is still legal, according to Securities and Exchange Commission rule.

So while Uber’s stock didn’t see as much of a collapse as it may have without the necessary covering (assuming it has taken place), it’s anything but a bid of confidence (pun intended) for the now-public Uber, from the people that know it best: its underwriters.