Blain: “Is Uber’s A Warning The Emperor’s New Clothes Moment Is Upon Us”

Markets are not happy. VIX rockets higher. Safe Haven trades are up. Negative Stories dominate the flow – consider Apple; where the sell off, concerns about China demand and supply, and anti-trust legislation underlie a tumble of 15% this month, halfway back to Jan! Risk appetite is definitely off.

So… when is the moment to jump in a buy this…. Opportunity?

I suspect this down-trend has longer to run. The mood will get worse before it gets better.

On the big board, there were at least 3 predictable sentiment shocks we knew were possible through H1 2019. One has happened, one is happening, and the third is looking nailed on:

These were all anticipated shocks. There is no point in worrying today about things we know we are going to have worry about tomorrow – until we do! But, it’s the “no-see-ems” that shock and truly destabilize markets. No-see-ems are the black swans we just don’t anticipate – they could come from anywhere:

I could go on, but if you are watching the shadows all the time… then you might miss the downright obvious, which takes me back to Uber. I’m wondering if its more than just a story, and a catalyst for something worse to come.

a taxi company is about to crash the market

As I write the Uber IPO is down 20%. I was asked yesterday for my opinion – if I had one, on where it should trade. I don’t have a clue. I don’t know how to value such a company – I’m still stuck in the past where I expect companies to make money and pay me dividends were the ones to own. I expect them to dominate their markets through product, service and innovation. I don’t believe in monopolies as good or long lasted. In short, I am some sort of investment dinosaur in this modern age.

I am a fool because I don’t see the fantastic  value in Uber – which can lose $3 dollars a share every quarter, fail to increase its market share, suffer and acknowledge increasing competitive pressure, and still be a must-own stock. At one point recently – pre-IPO – the company was apparently worth $120 bln based on where the early funding rounds priced. Now it’s worth slightly more than half that.

Unlucky timing on the IPO – straight into the Risk-Off China Selloff.. or was it? Have we reached the “tide-goes-out” moment? If we have, then Uber (and Lyft, which is being massively short-squeezed), could be the least of our worries.

For the avoidance of doubt I know absolutely nothing about Uber. I thought it was taxi app… but that apparently massively underestimates the intrinsic value of its “ride-hailing” app technology and associated lines such as Uber-Eats and driverless cars which will mean they don’t have to pay divers. That and the fact they don’t own any taxis and don’t employ any drivers anyway. The fact I have 6 “taxi apps” on my phone – and none of them is Uber – is apparently irrelevant in terms of Uber’s ability to monetize their tech. (How and when I ask??)

Since I know nothing, lets quote others.

Is Uber just another example of the unintended consequences of the QE era? We now know free money means too much money chasing financial returns. Which is why folk started piling their money into PE and VC funds – in search of returns. Too much money in VS Funds means they started funding stuff that maybe they should not have been. And it became important to believe there funding the right stuff, and willing the moment to get out and pass the investment to the next bigger fool?

Hence my question: Is Uber’s wobble a warning the Emperor’s New Clothes moment is upon us? The WeWork IPO is up next, and I reckon it started out naked and remains so! 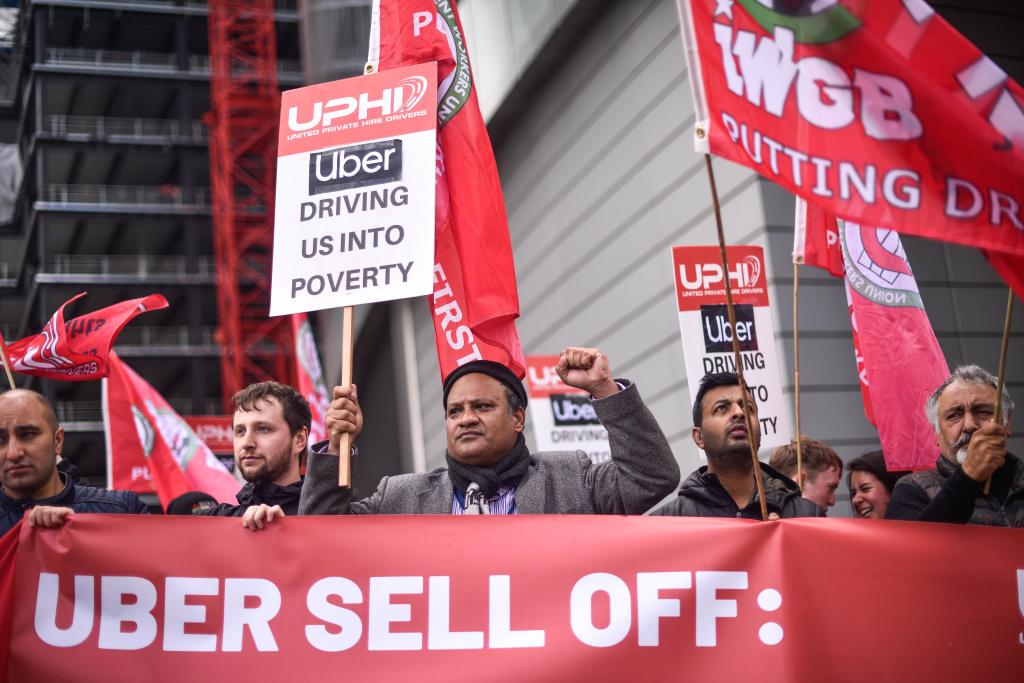