An algorithm which can predict whether a person will have a heart attack or die with 90% accuracy has been developed by researchers at Finland’s Turku PET Centre. 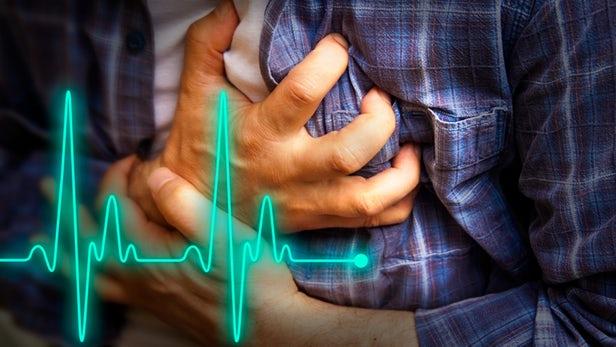 Utilizing similar machine learning functions as those employed by Netflix and Spotify to personalize content, a team led by Dr. Luis Eduardo Juarez-Orozco programmed the LogitBoost algorithm to use 85 variables to calculate the risk to the health of 950 test subjects who were subject to a host of scans and tests prior to being treated via traditional methods.

After patients complained of chest pain, their data was collected and used to ‘train’ the algorithm, which ‘learned’ the risks over a six-year period, during which it achieved 90% success at predicting 24 heart attacks and 49 deaths from any cause.

“These advances are far beyond what has been done in medicine, where we need to be cautious about how we evaluate risk and outcomes,” said Juarez-Orozco, adding “We have the data but we are not using it to its full potential yet.”

Doctors typically use risk scores to make treatment decisions, according to the Daily Mail, however these scores utilize just a ‘handful’ of variables in patients.

“Humans have a very hard time thinking further than three dimensions or four dimensions,” said Juarez-Orozco. “The moment we jump into the fifth dimension we’re lost.”

The study enrolled 950 patients with chest pain who underwent the centre’s usual protocol to look for coronary artery disease.

These included the presence of coronary plaque, vessel narrowing, and calcification.

Those with scans suggestive of disease underwent a positron emission tomography (PET) scan which produced 17 variables on blood flow.

The 85 variables were entered into LogitBoost, which analysed them repeatedly until it found the best structure to predict who had a heart attack or died. –Daily Mail

“The algorithm progressively learns from the data and after numerous rounds of analyses, it figures out the high dimensional patterns that should be used to efficiently identify patients who have the event – the result is a score of individual risk,” added Juarez-Orozco. “Doctors already collect a lot of information about patients – for example, those with chest pain.”

“We found that machine learning can integrate these data and accurately predict individual risk … This should allow us to personalise treatment and ultimately lead to better outcomes for patients.”

The study was showcased at The International Conference on Nuclear Cardiology and Cardiac CT.