As noted earlier, with China selling Treasuries for the first time since December in March according to the latest TIC data… 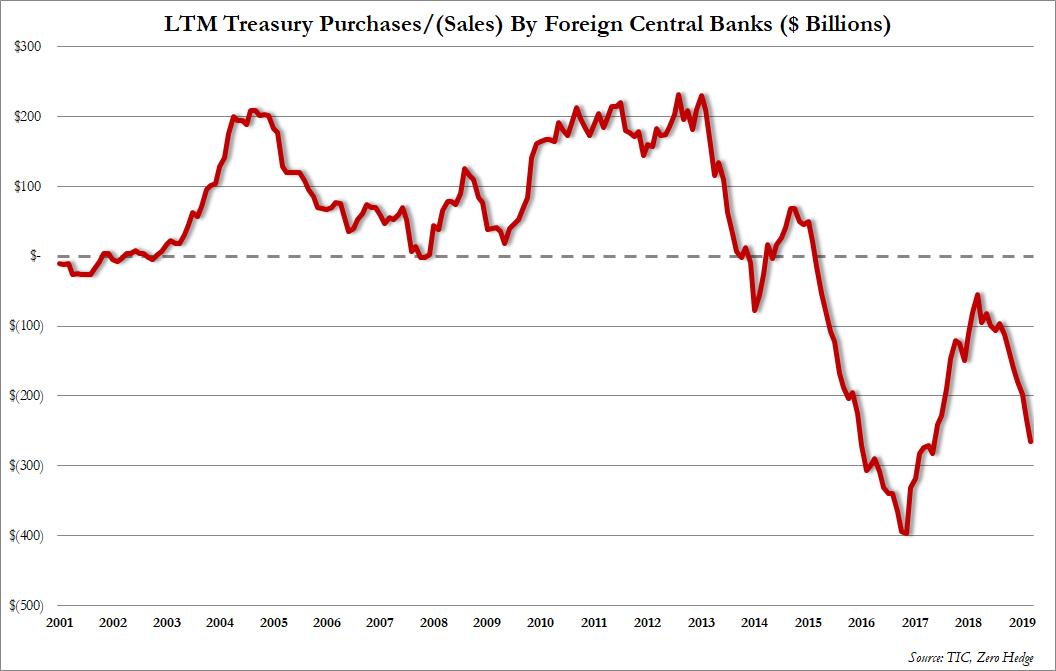 … although much of this was offset by buying from private accounts, as US bond ownerships continues to shift from Public to Private hands.

However, it wasn’t China that was the most aggressive seller of US paper in March, but rather America’s friends to the north – Canada – who dumped $12.5 billion, the biggest drop since July 2011.

Overall, March was a bad month for US assets, with foreigners dumping a total of $12.5 billion in US Treasurys and $24 billion in corporate stocks, offset by purchases of $4.7 billion in Agencies and $1.1 billion in Corporate bonds. 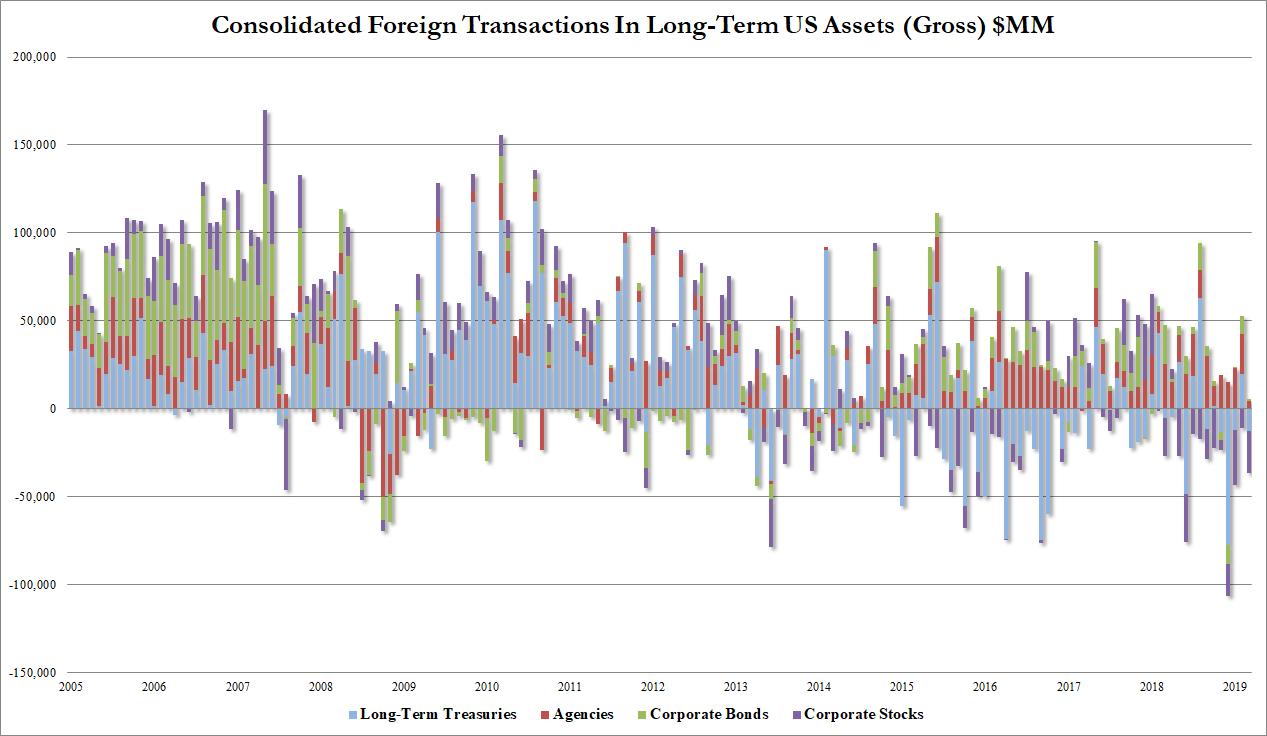 However, for yet another month, the real action was away from the bond market, and in US stocks, where TIC data showed that foreigners sold US stocks for a record 11th consecutive month and 13 of the past 14: 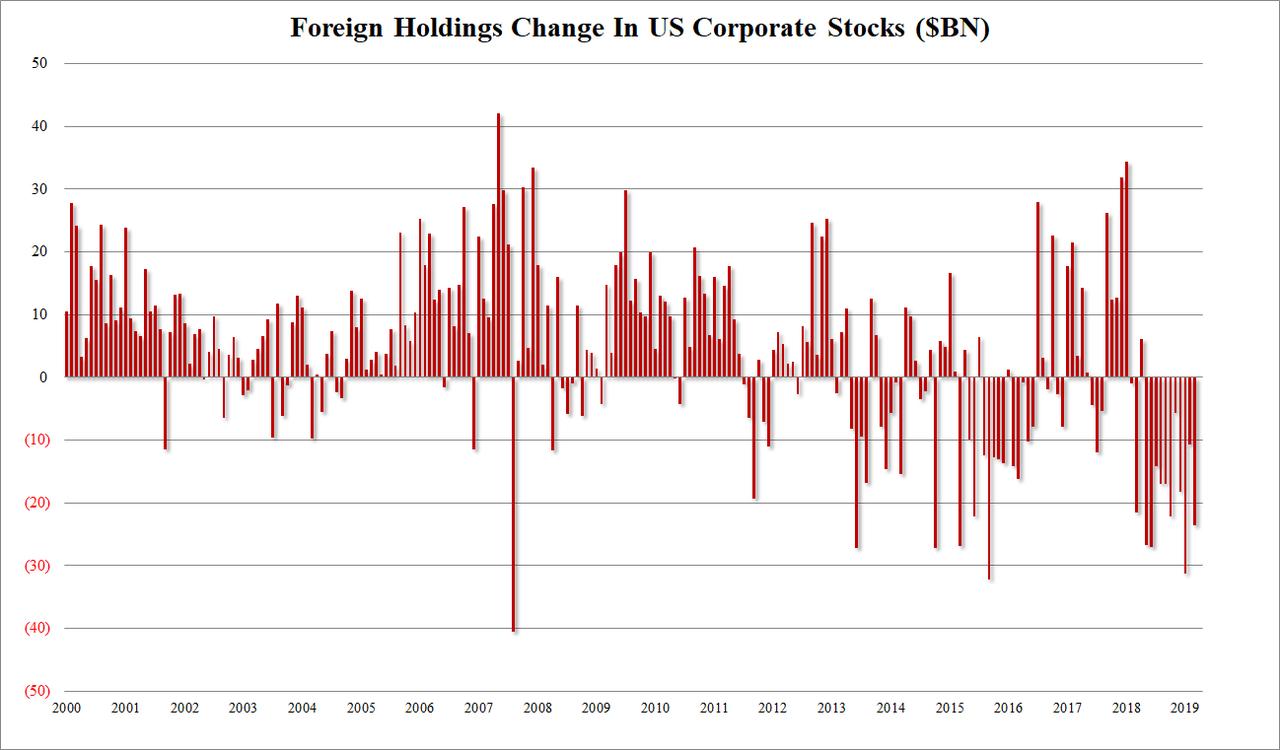 The aggregate $207 billion sale in the past 12 months, is the largest liquidation of US equities by foreigners on record. 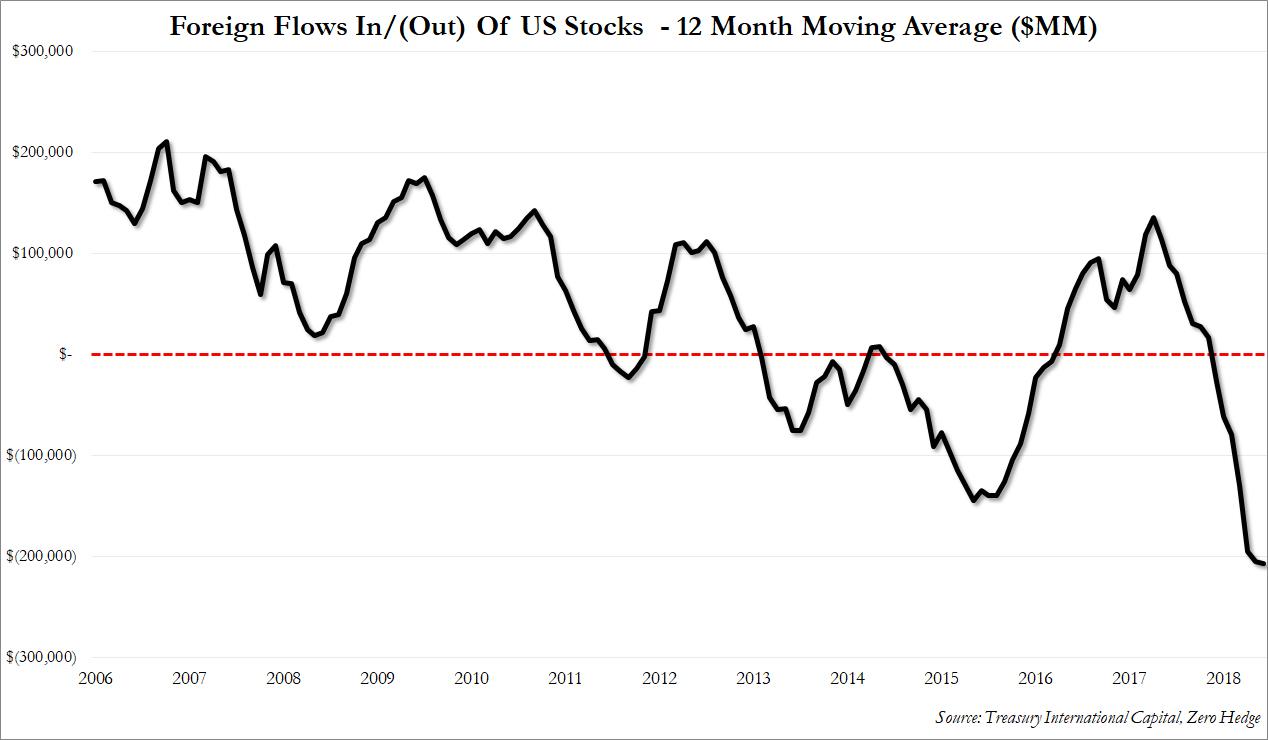 What is odd, is that in March US stocks barely shuddered nand after several attempts at taking out 2,800 in the S&P, the finally pushed right through, despite what we now know was relentless selling by both individual and institutional investors, and – now – also by foreigners. Which once again begs the question, just how powerful are stock buybacks – which were the only official buyers of stocks in May – to not only offset selling by virtually everyone else, but also push the market to new highs?