If shipping is an indicator of the direction the economy is heading, look out.

The Cass Freight Index report for the month ended April 2019 paints a dire picture for freight heading into the end of the second quarter. The report says that “continued decline” in the freight index remains a concern, pointing out that shipments have fallen 3.4% year over year while expenditures have risen 6.2%. Sequentially on a monthly basis, shipments are down 0.3% while expenditures ticked up 0.7%. 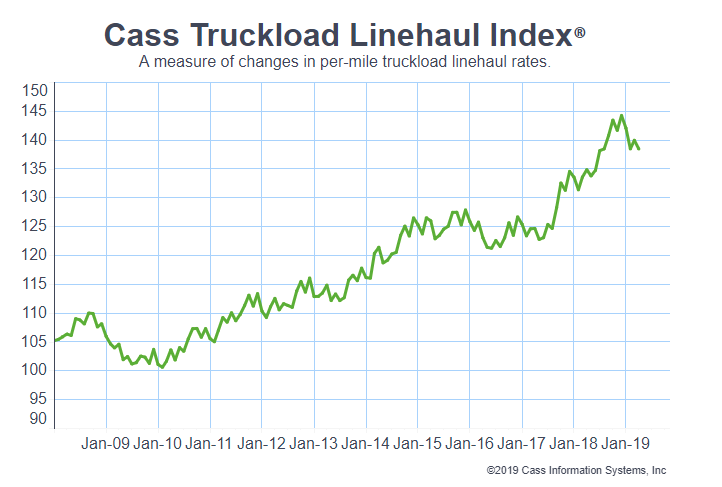 Additionally, the report notes that it is “concerned about the severe declines in international airfreight volumes (especially in Asia) and the recent swoon in railroad volumes in auto and building materials. We see the weakness in spot market pricing for transportation services, especially in trucking, as consistent with and a confirmation of the negative trend in the Cass Shipments Index. As volumes of chemical shipments have lost momentum in recent weeks, despite the rally in the price of WTI crude, our concerns of the global slowdown spreading to the U.S., and the trade dispute reaching a ‘point of no return’ from an economic perspective, grow.”

The report also acknowledges what it calls “storm clouds on the economic horizon”, including:

Asian airfreight volumes were essentially flat from June to October 2018, but have since deteriorated at an accelerating pace (November -3.5%, December -6.1%, January – 5.4%, February -13.3%, March -3.3%). If the overall volume wasn’t distressing enough, the volumes of the three largest airports (Hong Kong, Shanghai, and Incheon) are experiencing the highest rates of contraction. Even more alarming, the inbound volumes for Shanghai have plummeted. This concerns us since it is the inbound shipment of high value/low density parts and pieces that are assembled into the high-value tech devices that are shipped to the rest of the world. Hence, in markets such as Shanghai, the inbound volumes predict the outbound volumes and the strength of the high-tech manufacturing economy.

The report was published a few days after ACT Research released their May installment of their ACT Freight Forecast, U.S. Rate and  Volume OUTLOOK report covering the truckload, intermodal, LTL and last mile sectors. Its outlook report was also pessimistic, as it noted that dry van truckload spot rates, net of fuel, were down 19% year over year in April and more than 3% on a monthly sequential basis.

ACT analyst Kenny Vieth said: “We continue to believe the accelerating supply-demand imbalance and large new vehicle inventories will trigger a correction sometime in the latter half of this year. Hence, we remain cautious into the end of this year and early next.”

Tim Denoyer, ACT Research’s vice president and senior analyst wrote: “While we see reasons for recovery in the second half of 2019, escalating trade tensions raise the risk of freight recession. Class 8 tractor retail sales are on fire, adding capacity to the market at an unfortunate time for truckers. Shippers are increasingly targeting freight cost savings, likely emboldened by attractive rates in the spot market.”

In early May we noted that Class 8 heavy truck orders were not “on fire” but, rather, had been decimated, down 57% year over year.

North American Class 8 net order data showed the industry booked 14,800 units in April, down 57% from a year-ago. The number also marks a sequential decrease of 6.2% from March. The decline is being blamed on companies filling orders from a bloated backlog of last year’s record purchases and buyers juggling remaining orders. The numbers from last month were the lowest for an April since 2016.

Year to date, the numbers continue to look ugly. There have been 63,000 trucks ordered, a 63% percent decline from the 169,186 orders placed during the same period in 2018. And it doesn’t look like the rest of the year is going to get any better.

“We continue to contend that current order weakness has more to do with very large Class 8 backlogs and orders already booked, than with the evolving supply-demand balance. Of course, contracting freight volumes, falling freight rates, and strong Class 8 capacity additions suggest that the supply-demand balance will become an issue later this year.”

Finally, for all those who find the above too long or involved, here is the one chart that summarizes everything said above without needing much commentary. 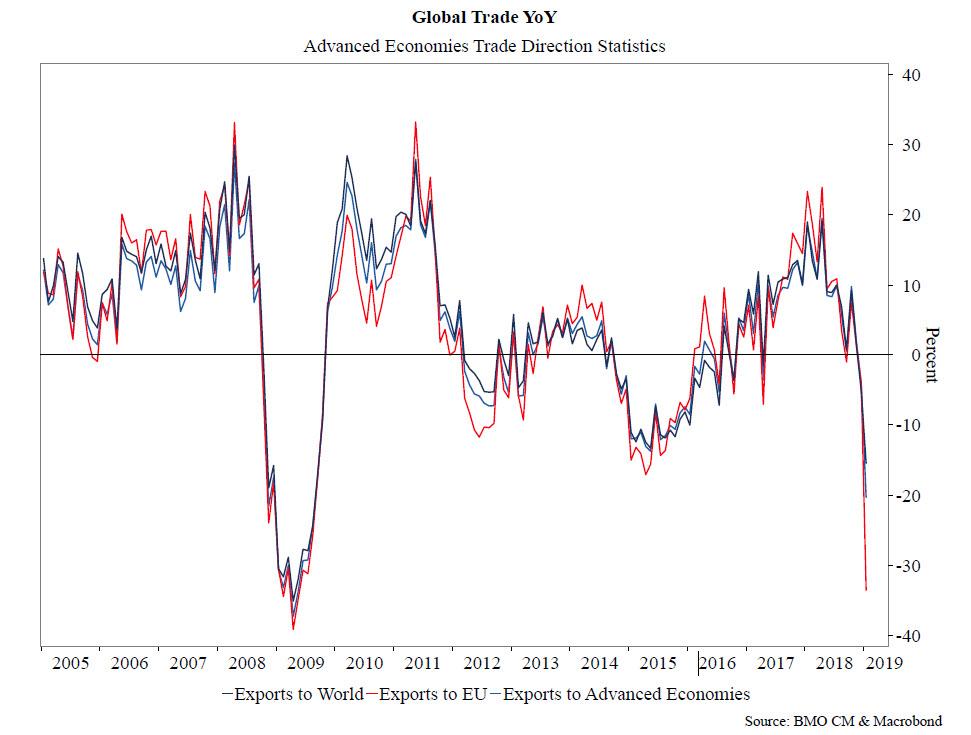