Chinese smartphone and telecommunications equipment giant Huawei is willing to sign ‘no-spy’ agreements with governments which adopt their technology, including Britain, according to chairman Liang Hua. 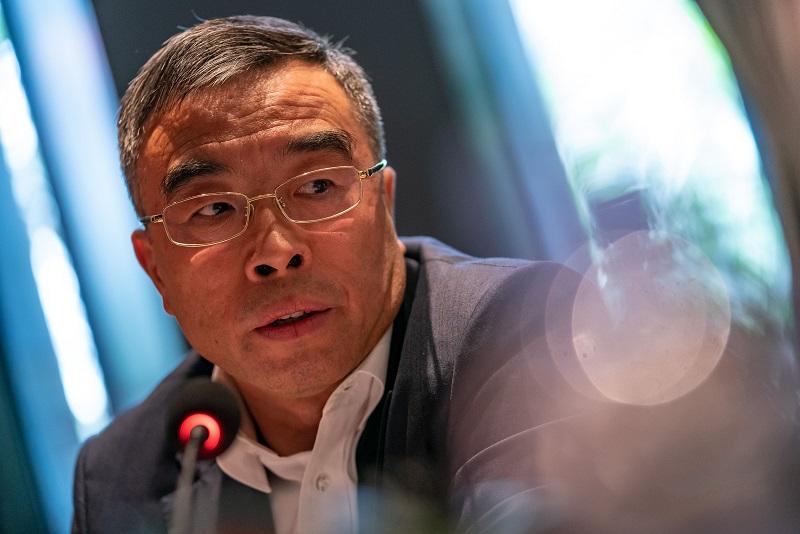 The Trump administration has warned allies not to use Huawei’s technology to implement 5G networks over concerns that they would allow Chinese intelligence services to spy on whoever uses it.

Moreover, Huawei and its CFO, Meng Wanzhou, are facing criminal charges in the United States over the alleged theft of trade secrets and sanctions violations in Iran.

As Reuters reports, Britain is still deciding on how much they will rely on Huawei – the world’s largest supplier of telecom equipment – for their 5G networks.

“The security and resilience of the UK’s telecoms networks is of paramount importance, and we have strict controls for how Huawei equipment is currently deployed in the UK,” said a spokesman for the British government on Tuesday, adding that the results of a supply chain review would be announced soon.

Prime Minister Theresa May sacked her defense minister, Gavin Williamson, this month over leaked claims that Huawei would have a role in the 5G network, putting Britain at odds with its biggest intelligence ally, the United States.

Williamson has denied he leaked from the confidential talks.

Liang, speaking on the sidelines of a meeting with Huawei’s British technology partners, said the company never intended to be in the eye of a political storm. –Reuters

“The cyber security issue is not exclusive to just one single supplier or one single company, it is a common challenge facing the entire industry and the entire world,” said Liang, adding that Huawei had long cooperated with the UK’s National Cyber Security Centre’s technology oversight efforts, while improving its software engineering capabilities.

Liang also said that Huawei does not take direction or act on behalf of the Chinese government in any international market.

“Despite the fact Huawei has its headquarters in China, we are actually a globally operating company,” he said, adding “Where we are operating globally we are committed to be compliant with the locally applicable laws and regulations in that country.”

“There are no Chinese laws requiring companies to collect intelligence from a foreign government or implant back doors for the government.”

Last month, Ars Technica reported the discovery of a backdoor-like vulnerability in Huawei’s Matebook laptop series which could have allowed remote hackers to gain access to the system. Microsoft confirmed the security flaws were discovered by Windows Defender Advanced Threat Protection (ATP) kernel sensors, which traced the vulnerability back to a Huawei driver.

Huawei responded to Tom’s Hardware’s inquiry about the Matebook security flaw. They reiterated that the security flaw was not a backdoor attempt to spy on customers. Huawei also suggested it may take legal action against media over “misleading reports” about this issue.

UK minister Jeremy Wright will announce the findings of the government’s telco supply-chain review soon, and has said that the benefits of cheap Chinese equipment would not take precedence over security concerns.

Liang pushed back, suggesting that economic factors should be a top consideration, saying “I believe the decision should be based on risk assessment and supply-chain assessment, and should also reflect the requirements the UK has in terms of economic development when they choose suppliers,” and adding “Cyber security is indeed a very important factor to consider (…) but at the same time it should be a balanced decision between cyber security and economic prosperity.”

As Reuters notes, Germany says they’ve seen no indication that the company was offering a “no-spy” agreement.