The Transportation Security Administration (TSA) is planning to send hundreds of law enforcement officials and as many as “400 people from Security Ops” to the southern border amid efforts to deal with a flood of migrants which are overwhelming current resources, CNN reported Wednesday, citing internal emails leaked to the news agency. 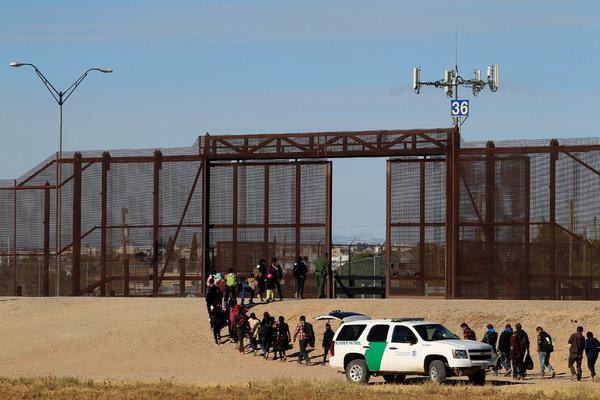 The task of the TSA workers, which a source said will include air marshals, will be to assist temporarily with immigration duties. TSA acknowledged in an internal email the “immediate need” comes with the acceptance of “some risk” of depleted resources in aviation security.

TSA plans for the deployments to involve up to 175 law enforcement officials and as many as “400 people from Security Ops,” according to two sources and the email. At least initially, the efforts will not involve uniformed airport screeners, according to the email, which says that some parts of TSA would be asked to contribute “around 10%” of its workforce. –CNN

“There is now immediate need for more help from TSA at the SW border,” said Gary Renfrow, a senior TSA official who wrote the email to the agency’s regional management. “TSA has committed to support with 400 people from Security Ops” who will be deployed in waves “similar to support for past hurricanes.”

“We also understand that we are accepting some risk as we enter a very busy summer,” he added, calling the effort an “additional challenge.”

The law enforcement officials will be drawn from six cities, according to a CNN source.

A TSA spokesman gave a non-answer: “TSA, like all DHS components, is supporting the DHS effort to address the humanitarian and security crisis at the southwest border. TSA is in the process of soliciting volunteers to support this effort while minimizing operational impact.”

The assignment comes as the number of illegal border crossings is spiking, with apprehensions at a 10-year high. Some 4,300 active duty and National Guard troops are currently assisting on the border, the acting defense secretary said recently, and Customs and Border Protection shifted 750 of its own officers to assignments with Border Patrol last month. Before her ouster as Homeland Security secretary last month, Kirstjen Nielsen asked for volunteers within the ranks of DHS employees, including TSA, “to assist CBP and ICE in responding to the emergency at the southern border.” –CNN

Most of those deployed will be non-screening staffers who work for the TSA’s federal security directors, according to the email. The second priority will be inspectors whose job descriptions include “inspections, assessments and investigations of airlines and individuals to determine how well they comply with regulations.”

The memo emphasizes in bolded, uppercase letters that Transportation Security Officers who staff airport security checkpoints will not be involved in the move.