Only 376 People Own A Third Of All Ethereum

According to cryptocurrency consultancy Chainalaysis, just 376 people hold a third of all Ether, the cryptocurrency behind the Ethereum blockchain, making it even more concentrated that bitcoin. By comparison, 448 people own 20% of all Bitcoin, Kim Grauer, a senior economist at the company, told Bloomberg in an interview. Such “whales” hold their assets in digital wallets and not on an exchange.

And, as one would also expect, when a whale moves Ether from a wallet to an exchange, “there is a small but statistically significant effect on market volatility.”

This also means that price for cryptocurrencies is largely set on the margin by a relatively small number of traders, which in turn are dependent on market sentiment and momentum. The research found that investor sentiment and the price of Bitcoin are strong indicators of where Ether will trade, which may explain the recent torrid rally in both bitcoin and ether, with the former rallying 52% in just the past 15 days, while the latter surged 48% since the beginning of May. 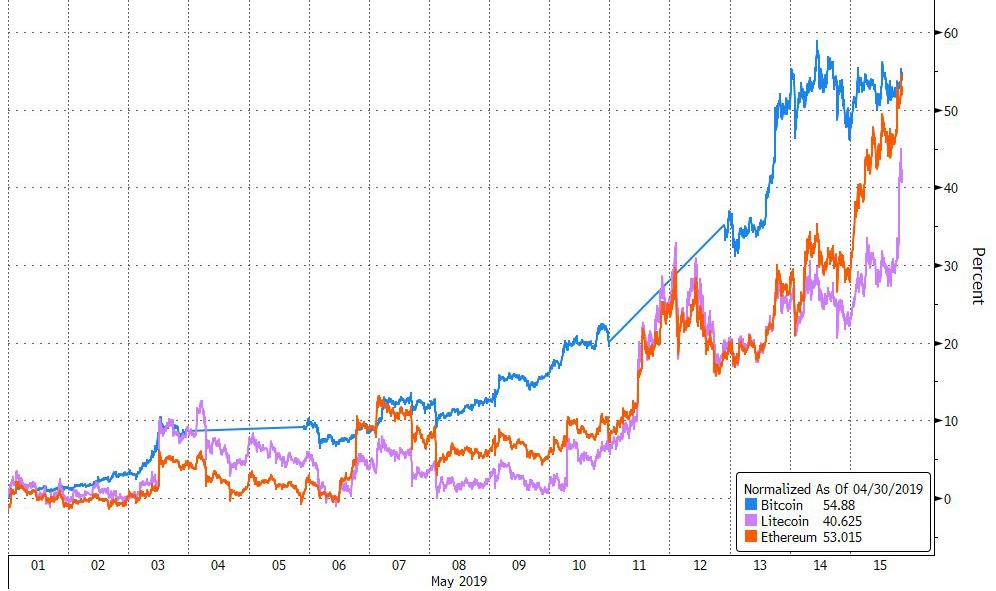 What’s the significance of this finding? As Bloomberg reports, Grauer plans to turn the research into an academic paper analyzing the effect of large Ether holders on the market and will discuss the data Wednesday at the Consensus blockchain conference in New York.

“We’re excited to bring the models that have been applied to the stock market to cryptocurrencies,” she said. The data on Ether was collected from early 2016 to the end of April, before Ether and Bitcoin surged in recent weeks. “It’s unfortunate this bull run didn’t happen a month ago to be part of our analysis,” she added, noting that the link between Bitcoin’s price and that of Ether backs up their findings.