With all attention focused on US-China trade escalation, there was an unexpected bit of good news on that other trade war front, namely with Europe over auto imports, when moments ago Bloomberg reported that Trump plans to delay imposing tariffs on EU auto imports by six months:

“Trump and a small group of aides including Commerce Secretary Wilbur Ross and trade adviser Peter Navarro are seen to be in favor of the new import duties against the advice of other advisers.

The news comes ahead of a May 18 deadline over how Trump will proceed with his threat to slap a tariff of as much as 25% on imported cars and parts in the name of U.S. national security.

The decision to delay was reportedly made at a White House meeting on Tuesday “according to one person familiar with the deliberations.” A decision is expected to be announced publicly before the end of the week.

Of course, since the ultimate decision-maker is Trump, nobody knows what the outcome will be. As Bloomberg adds, “Trump and a small group of aides including Commerce Secretary Wilbur Ross and trade adviser Peter Navarro are seen to be in favor of the new import duties against the advice of other advisers.”

But people close to the discussions say even advocates of tariffs are still debating the scope of any action, complicating the discussions. Other advisers including U.S. Trade Representative Robert Lighthizer, who is leading the negotiations with the EU and Japan, have been urging Trump to postpone a decision, according to administration officials and other people familiar with the deliberations.

The report sent the Dow surging, almost turning green before retracing some of its gains… 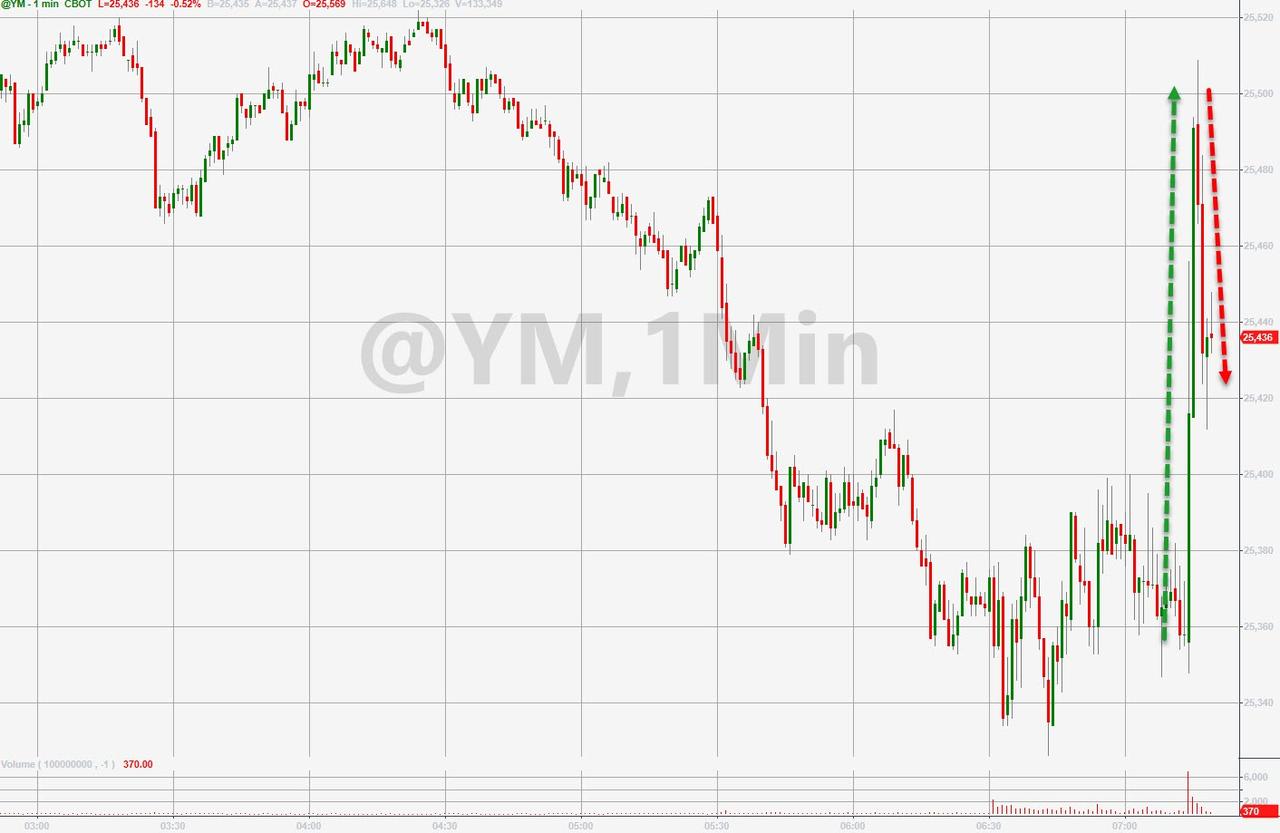 …  although the real action was in Europe, where the Stoxx 600 jump led by BMW, Daimler, and other auto makers all of which spiked on the report, while the yield on the 10Y German Bund, which earlier had dropped to negative levels not seen since 2016, jumped 3 bps. 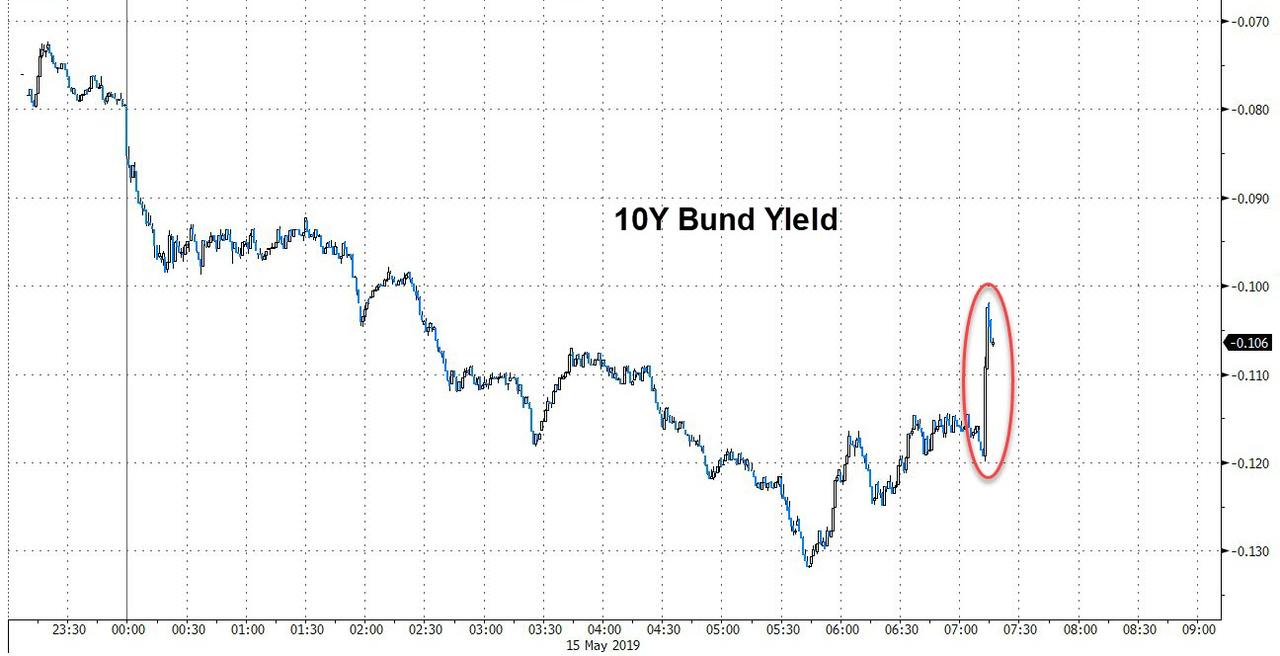 The EUR was also happy, with the EURUSD, which had been pummeled much of the day, spiked to session highs. 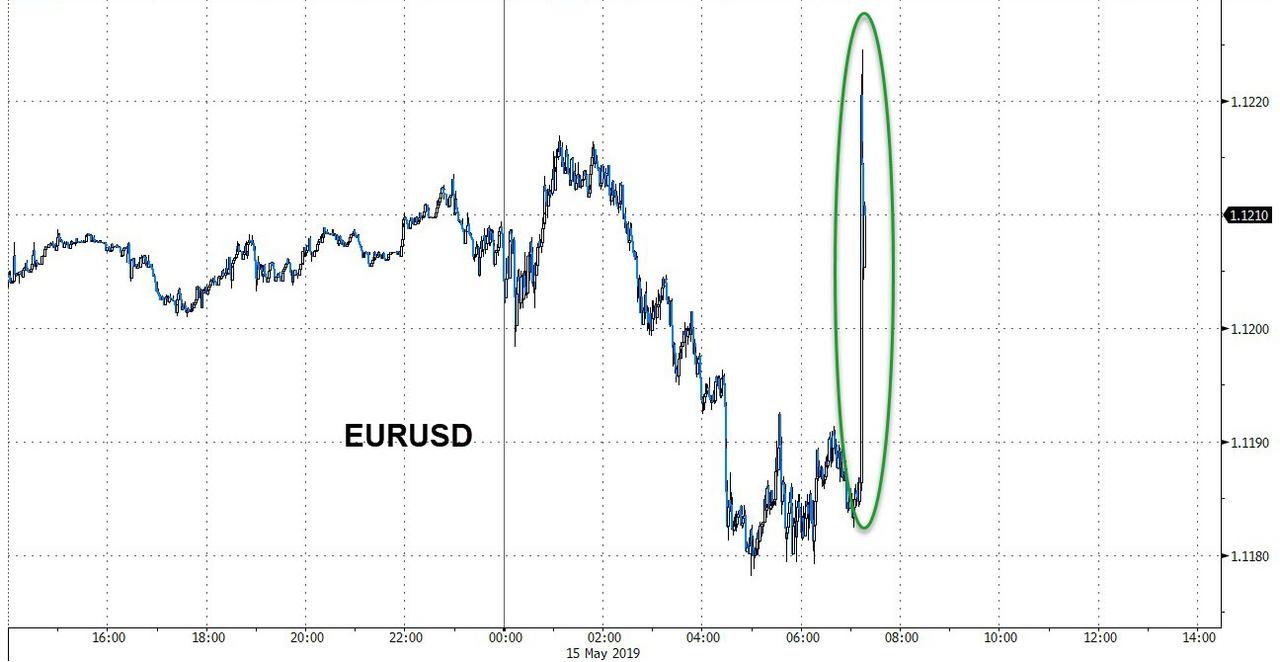 With Trump reportedly willing to concede a little on the European trade war front – we still need official confirmation from the White House of course – does that mean that trade war with China is going to be even more vicious, or will Trump show similar concessions toward Beijing. Somehow we very much doubt the latter.