Blain: “Maybe This Is Why Bitcoin Is Suddenly Soaring”

Every morning it’s the same thing – struggle to understand the why’s, the what’s and the how’s of market function and rationalise it into a single flow of consciousness. It could drive a fellow to drink… if it wasn’t so much fun…  So where are we this morning? Line up the players and the numbers, and let’s take a look. OK? Stocks stable-ish, bond yields lower. Risk still off. Hmmm… what does it all mean? (I’m struck by the parallels with ripping the gizzards out of chickens to work out whether it’s a good day to invade somewhere or not…)

The markets seem to have stopped worrying so much about the economic consequences of a trade war with China! Now they are convinced the lowest US10-year treasury rate in 18 months, and the 77% futures implied probability of a Fed rate cut later this year, means it’s great news for stock and confirms lower for longer. Yay! Let the party continue – let’s invade wherever it was – although it does look like each rally is an opportunity for doubters to sell! Trump adds to the St Vitus mood by banning Huawei sales in US (what will the consequences be for Apple we wonder?) and China is apparently cutting its Treasury holdings.

Fascinating stuff in the press last few days… Aside from all the usual gibberish about when to buy and when to sell rallies, did you know Germany is recovering, the Italian govt is about the fall apart, and party dinosaurs in Australia will get beaten by unknown Greens in the weekend election. Europe’s center-right social democrats are about to become a page in the history books. Or that if Chinese growth declines to 4%, then demographics dictate it will never overtake the US as the Global economic superpower, and Chinese incomes will remain a fraction of US? Makes sense – and explains why so much of the market is assuming China will be ultimate loser of the trade war, and that’s why Trump is playing it!
Oh dear. Forget the noise and focus on the facts. At the core of everything in these manic markets is a very simple concern: What is the value of money and what does it do to markets?

I remain absolutely convinced all the financial inconsistencies and political wobble we are experiencing today – from the wide angle perspective of wildly optimistic stock valuations, negative yields, and improbably tight corporate spreads, right down to fine close up detail such as the multiples being applied to single disruptive tech companies despite their burn and losses, and the rise of populism – all boil down to one factor: the distorted and miss-valued overly cheap price of money!

No Sh*t Sherlock award to myself for that downright obvious insight.

What’ve we seen clearly through right from the first days of post-2008 financial crisis monetary experimentation into QE – it didn’t work. Cheap rates did not stimulate growth. It stimulated a free-money borrowing binge that was spent on ever more ludicrously priced financial assets – driving bond prices up, hence lower and lower yields, stock markets higher, and a increased appetite for risk in search of higher returns, hence the amount of cash available to fuel PE and VC binges in the tech sector. It kept the poor poor, but, made the rich much richer. QE was the basis for financial alchemy going hideously out of control as the price discipline of the capitalist markets lost the plot. If you have been looking for inflation in the real economy – you were looking in the wrong place!

What could possibly get worse…?

You could read this piece “We’re Already Doing It”: Japan Tests Unorthodox Economic Doctrine: subtitled: “modern monetary theory is at centre of debate over tax increase, and advocates say Tokyo needn’t worry about the government deficit.”

MMT is now front and centre in Japan. The government is battling over a tax-hike to curb the massive budget deficit – but why bother with conventional financial discipline ask others, when there is zero inflation?

MMT is very enticing – what’s not to like about economic theory that says budget deficits don’t matter, and economies should spend their way back to real growth through job creation, infrastructure spending, and social spending on education, health and defence. It’s an old economic argument – Monetarists vs Keynesians with a different set of Powerpoint slides.

In Japan, and elsewhere, QE attempts to drive inflation mean the Central Banks hold significant portions of the national debt. Japan is often quoted to be a risk – because of its massively high government debt to GDP. But the fact the BoJ now owns most of Japan’s debt seems not to worry investors. When the government is trying to engineer growth, drive inflation and build an economy to cope with its problematic demographics – why raise consumption taxes? Why worry about debt – inflation is stable? 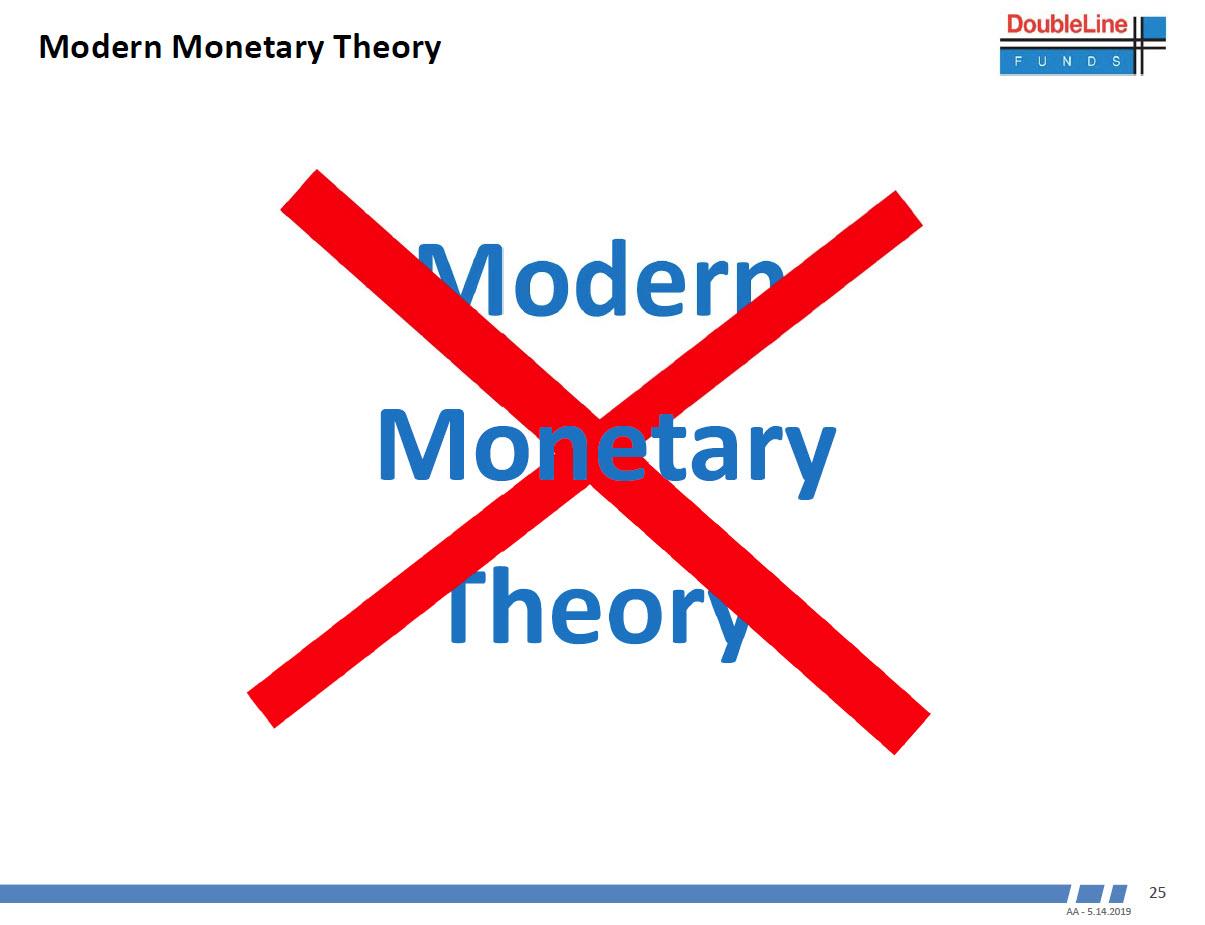 What if the BoJ just wrote the debt off? Why not – the cash is already in circulation and has created zero inflation. Yen is still going to be seen as a safe haven? Why not do the same in Europe, the US and UK? I’ve had the chat with senior UK civil servants and while we acknowledge to even think it must be “very naughty indeed”, we really can’t see why not?
Perhaps a round of write-off-and-forget would be cathartic and a good thing to reset global money and the global economy? Reset government debt, start spending money to improve societies in services, care and infrastructure, and see where it goes.

Potential Ouch Moment… As real inflation would play catch up, consumers – already suffering low relative incomes due to rising inequality and years of zero real wage growth – would quickly fall behind. Populism and wage demands contribute to slowdown and strife. End result? Social and real Pain. Lots of it. Further fuel to the revolution.

I suspect MMT will prove just another economic experiment with the potential to go badly badly wrong or tumble out of control. But I rather expect it’s inevitably going to happen? Need to do some thinking on how to prep my own person fund for it. Meanwhile, we still need to find a way to rectify the massive price imbalances caused by QE and Monetary experimentation before we open Pandora’s second box – the one marked MMT.

Maybe all this financial and economic dither is why Bitcoin is suddenly on the up… (personally doubt it as its utter bollchocks). If bitcoin is ever the answer, then it’s a bloody stupid question.

Back to the real job – selling carbon sequestration, waste-energy, a We-Work that works and is profitable, and lots of other interesting stuff.