Bolton Is Choking On Foreign Policy, Here’s Who Should Replace Him

It’s been a bad year on the job for John Bolton. 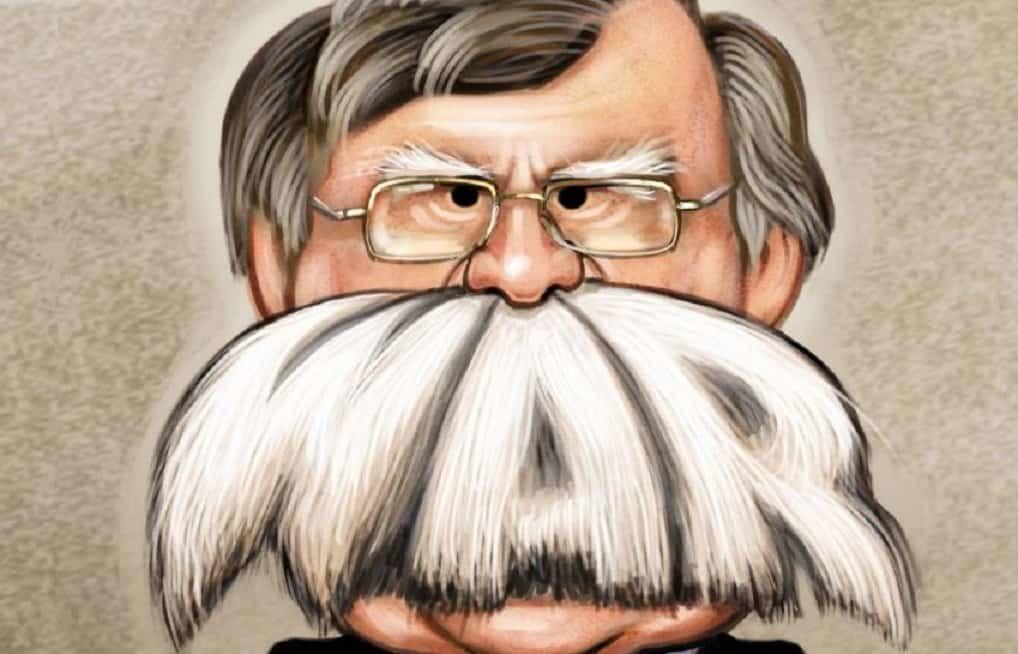 Whether it is blowing up the Hanoi Summit with a memo, embarrassing the US abroad by backing a Venezuelan coup which fizzled out or getting American forces into a potential war with Iran based solely on non-specific Israeli intelligence the National Security Advisor has shown himself to be unable to help President Donald Trump deliver on campaign promises but adept at creating a mess. Since assuming his position in April 2018, Bolton has dragged Trump, who ran on a platform of non-intervention and a re-haul of American foreign policy strategies, into a myriad of problems that have caused him to contradict his own agenda. This is the result of extreme incompetence if not outright sabotage.

With Trump reportedly growing frustrated with Bolton, a new candidate for the job should be suggested. The President ought to consider retired Army Colonel Douglas Macgregor.

Macgregor has an anti-establishment flair that causes him not to get along with the bureaucratic class who Trump popularly clashed with in the 2016 US Presidential election. He was the squadron operations officer responsible for directing US troops on the ground in the legendary Battle of 73 Easting during the Gulf War where American armored vehicles defeated a much Iraqi detachment. But his dislike for gamesmanship and blunt demeanor meant that Macgregor did not thrive in the military despite his ability to innovate on the battlefield. A perfect match for Trump, who prefers officials that are not liked by the herd.

“Make Donald Trump Great Again” is Macgregor’s mantra. It is much needed in an administration where the President often seems to be the only one who still champions foreign policy objectives like the border wall that originally caught the attention of his base. While Bolton lives eternally in the Cold War, Macgregor’s focus is on the problems afflicting a United States that is struggling without grace to find its place in the modern world. He rightly calls out Bolton’s insistence on an “all or nothing” approach to negotiations with North Korea that have prevented a peace deal and rages about constant attempts by Washington insiders to induce Trump to backtrack on policy announcements that him look weak and self-contradictory in the process.

The strategy pursued by Bolton and his contemporaries seeks to return the United States to the unipolar era of the 1990’s when America’s dominance was secured by a ruined Russia and a still-developing China. They have not learned from the lessons of the USSR, which collapsed because it was simply unable to keep up with the expenses of running a global empire that an economically dominant United States could once handle.

America’s shifting role in the world is very much on the mind of Macgregor. It is reflected in his skepticism of NATO, his calls for reform of the military and his criticism of America’s wars that drag on for years but no longer result in victories. His distaste for foreign wars that sap a nation’s global power and do not meaningfully help America achieve its foreign policy objectives is a refreshing change from the hawkish behavior of Bolton, who is currently drawing the United States dangerously close to a conflict with Iran. Macgregor compares Bolton to Don Gaspar de Guzmán, the advisor to Spain’s King Philip IV who crashed the debt-ridden Spanish empire by engaging it in sporadic and unhelpful foreign interventions. Philip IV is notorious for this failure while Guzmán is now long forgotten. If Trump does not release Bolton soon his legacy will likely suffer the same fate.

America cannot afford the foolish council of those who are unable or unwilling to see the crisis that the country currently sits in. Take a chance on someone who goes against the grain.