California is mulling a new state measure that would require cities and counties to allow permits for duplexes, triplexes and fourplexes on much of the residential land currently zoned exclusively for single-family housing, according to the Los Angeles Times. 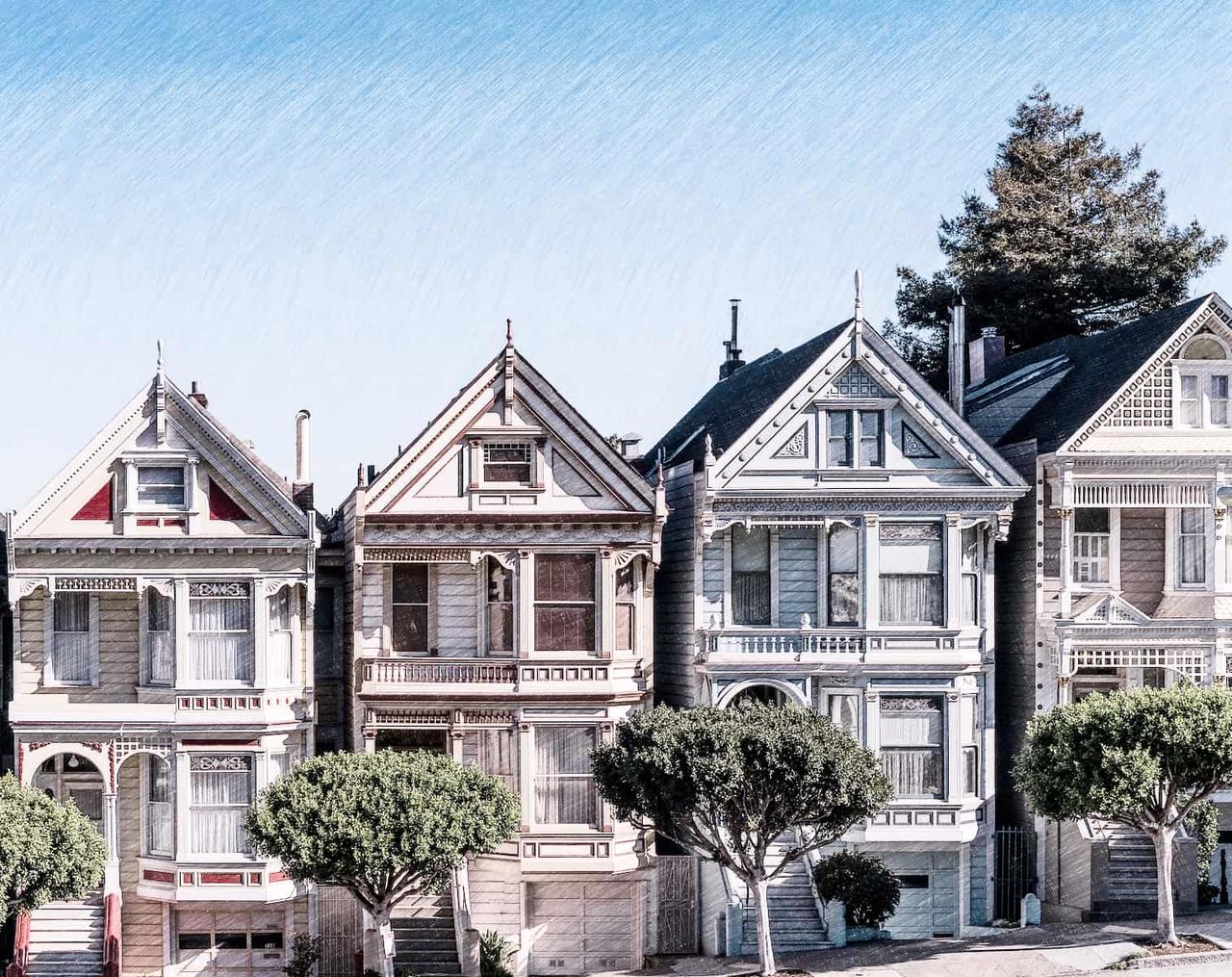 The proposal, added to Senate Bill 50 by Sen. Scott Wiener (D-San Francisco) would also allow for the construction of mid-rise apartment buildings near mass transit, along with small apartment complexes and townhouses in wealthy communities located in some of the state’s larger counties, including Los Angeles.

In the bulk of CA, it’s illegal to build any type of housing other than single family homes. #SB50, the #MoreHOMES Act, ends this prohibition. If we’re serious about ending CA’s 3.5M home shortage & doing so without sprawl, we need to legalize apartments. https://t.co/fL2HS7A3vf

The legislation prohibits the demolition of single-family homes to build fourplexes without government review, while developers could continue to build single-family homes as they see fit. That said, allow up to four homes on a single parcel of land would trigger “significant change” in the way California has grown over the last 100 years, according to the Times.

Nearly two-thirds of the residences in California are single-family homes, according to U.S. census data. And between half and three-quarters of the developable land in much of the state is zoned for single-family housing only, according to a 2018 survey  by UC Berkeley’s Terner Center for Housing Innovation that included responses from half the state’s cities and counties.

The state can no longer dedicate that much land to single-family housing if California is to become more affordable and if political leaders want to meet aggressive goals to reduce greenhouse gas emissions, said Carol Galante, director of the Terner Center. –Los Angeles Times

“I do not think it’s possible to solve housing affordability problems and meet climate change goals without dealing with this issue of single-family homes only, said Terner Center director, Carol Galante. “We have population growth. We have job growth. People need to live somewhere, and they’re now competing for a very limited supply.”

Again, the most important aspect of #SB50 is not density near transit, it’s opening exclusionary and wealthy urban communities to much-needed housing development near jobs. https://t.co/zAVrvm8EzS

Zev Yaroslavsky – former LA County supervisor and director of the Los Angeles Initiative at the UCLA Luskin School of Public Affairs – disagrees, and says that altering the zoning laws would permanently diminish California for current and future residents.

“When people around the world think of L.A., one of the things they think of is a home with a backyard,” said Yaroslavsky. “I think much of it should be preserved.”

62% of developable area in the city of Los Angeles is zoned for single-family homes only, such as Bel-Air, Brentwood, Tarzana and Jefferson Park. 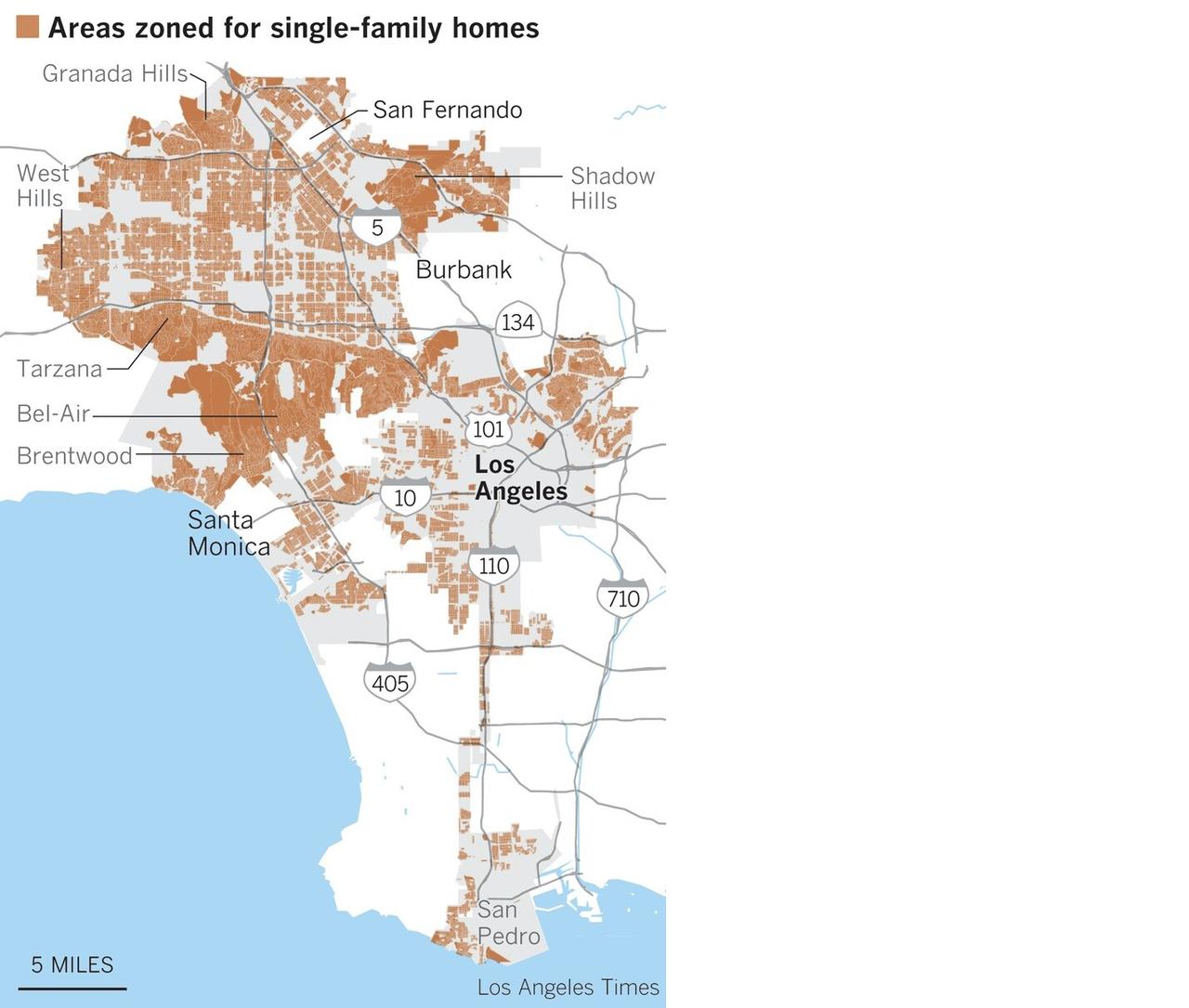 To the north, San Francisco single-family homes constitute just 37% of the zoning, including the Sunset District, Forest Hill, Excelsior, Portola and elsewhere.

That said, nearly three-quarters of privately owned land in San Francisco is zoned for single-family homes or duplexes according to the city’s planning department.

Recently, policymakers in California and across the country have scrutinized single-family zoning as housing affordability problems have become more acute.

Three years ago, state legislators passed two bills aimed at making it easier to build small accessory homes in backyards. Since then, applications to build secondary units have increased by the hundreds in Los Angeles, San Francisco and other larger coastal communities. –Los Angeles Times

In some of California’s larger counties with over 600,000 residents (San Diego, Orange, Los Angeles, Santa Clara and San Francisco), the new bill would allow for the construction of giant apartment buildings on land previously zoned for single-family use only, however local height limits would still apply. To qualify for the increases in density, such neighborhoods would have to be located near quality jobs, public schools and have a high income.

Not just the state…

As the Times notes, some of California’s largest cities have already been considering eliminating single-family zoning.

Remarkable. Just moderated a panel where the mayors of San Jose, Oakland and Sacramento all said they were in favor of eliminating single-family only zoning in their cities

Los Angeles Mayor Eric Garcetti, who hasn’t taken a position on SB 50, told The Times this year he was considering a proposal that would allow triplexes in the city’s single-family communities.

At a housing forum in the Bay Area last week, Oakland Mayor Libby Schaaf and Sacramento Mayor Darrell Steinberg said they supported ending single-family-only zoning in their communities, and San Jose Mayor Sam Liccardo said his city was considering doing so. The trio has endorsed SB 50, as has San Francisco Mayor London Breed.

Los Angeles Mayor Eric Garcetti, who hasn’t taken a position on SB 50, told The Times this year he was considering a proposal that would allow triplexes in the city’s single-family communities. –Los Angeles Times

“You could have one generation of a family, their parents, their kids in the back house, all living together,” said Mayor Garcetti. “That would probably overnight add about 50% more housing stock to Los Angeles in a way that is also neighborhood compatible.”

Garcetti says he was inspired by Minneapolis, which in 2018 became the country’s first major city to ban single-family zoning by allowing duplexes and triplexes on parcels previously zoned for just one. The conversation which led to said legislation revolved around the notion that single-family zoning ‘excludes poor people or nonwhites from certain communities.”

In the early 20th century, court rulings blocked zoning rules that explicitly barred nonwhite people from living in certain neighborhoods. But in 1926 the U.S. Supreme Court decided that proposals allowing only single-family homes in neighborhoods were constitutional, even though many supporters of those plans pushed the zoning as a means to segregate their communities, according to the book “Segregation by Design” by Jessica Trounstine, an associate professor at UC Merced.

In addition, racist deed covenants barred people from selling homes to nonwhites, and government-sponsored lending practices provided low-cost mortgages only to whites through the middle of the 20th century. –Los Angeles Times

Last month, the Times wrote that Wiener “intended for his bill to push high-income neighborhoods zoned only for single-family homes to make room for apartments as redress for historical wrongs.”

The Times also points out that many single-family neighborhoods, such as those in South Los Angeles, used to be “reserved for whites,” and are now home to predominantly black and Latino residents. “But the exclusionary effects of single-family zoning remain today, especially between low-density suburbs and their higher-density neighbors,” said UC Merced professor, Jessica Trounstine.

“Communities with a predominance of single-family homes still contribute to race and class segregation,” she added.