It’s not just the US that is set for another record year of stock buybacks, into which both institutional and retail investors are selling with 2019 already experiencing the worst start to the year for equity fund flows since 2008.

It now appears that China, too, has learned how to goose up stocks on the back of a massive surge of buybacks.

But first, some perspective: echoing investor activity in the US, investors have also ramped up their selling of Chinese stocks, and ever since the Shanghai Composite peaked in late April and tumbled in the subsequent weeks.

In fact, as the WSJ notes, “foreign investors are offloading shares listed in Shanghai and Shenzhen through Hong Kong’s flagship Stock Connect platform.” Specifically, in just the last the 20 trading sessions through May 14, or ever since Chinese stocks peaked and then suddenly slumped, foreigners have been selling China’s A-shares with gusto, dumping some 52 billion yuan ($7.56 billion), net of purchases— the largest amount on record. 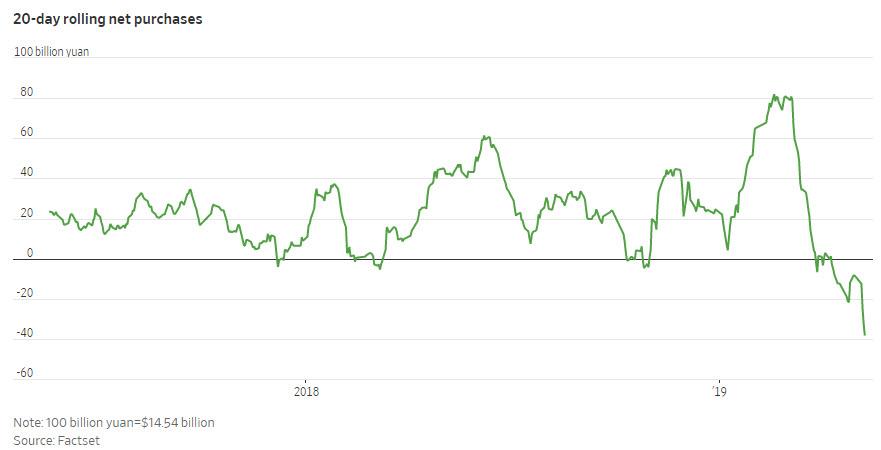 While the selling is perhaps to be expected in light of the recent Chinese stocks slump, it marks a change for China where overseas investors had barely ever sold equity on a net basis through the Stock Connect system before. As the WSJ’s Mike Bird notes, last year, when  the MSCI China A Onshore index fell roughly 31%, the drawdowns lasted no more than a few days and ran to a fraction of the size of the current one. “The shift could be related to the fact that access has been progressively widened to allow more buying and selling.”

This is a problem because as the WSJ notes, “2019 was meant to be the year many Western investors began buying Chinese stocks”, and while inflows could well return later in the year, the current reversal shows that China’s recent index inclusion won’t enough to sustain permanent inflows to China, and the “traffic won’t all be one way”, but instead will be contingent on stock performance.

In light of such an aggressive liquidation by foreign investors, one would expect China’s plunge protection, or “National team” to be especially active in propping up stocks, and yet in the first quarter that has not been the case, as the following chart from Goldman shows, although in recent days, the National Team appears to have turned “incrementally more active.” 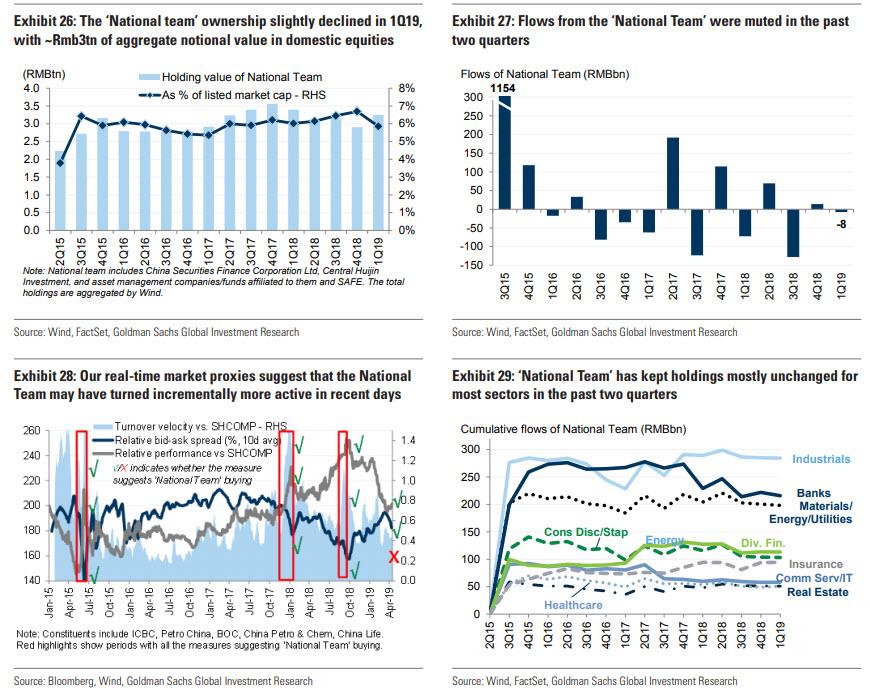 Meanwhile, domestic investors, quite active in late 2018, have been far more muted this year, with over 150 equity mutual funds liquidating in 2019. 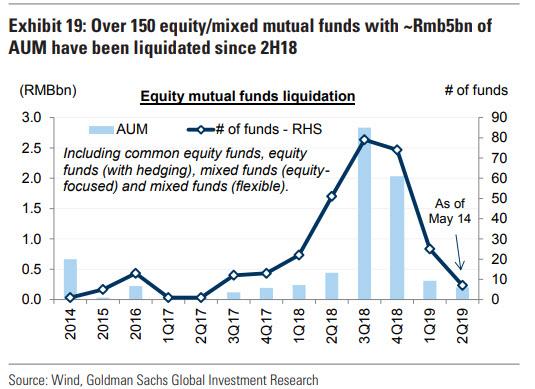 So with foreign investors dumping, and domestic investors hibernating, who is buying Chinese stocks?

The answer, which will hardly come as a surprise to US traders, is a well-known one: stock buybacks.

As Goldman calculates, similar to the US in 2019, A-share buybacks surged in 4Q18/1Q19 to Rmb90bn, ever since the CSRC announced new rules to support share repurchase in last Nov. 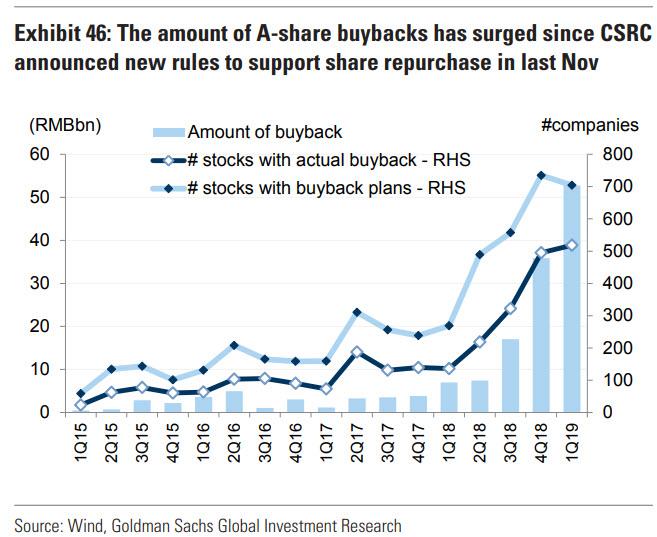 So just like in the US, even as most marginal traders have been selling stocks, the price-indiscriminate buying by companies repurchasing their own shares has exploded, not only propping up the market, but allowing the Shanghai Composite to clock the best performance of any major market. How sustainable such record repurchases are, remains to be seen.

Finally, one last way that the Chinese market action in 2019 has been eerily similar to that of the US, is that as companies have been buying back record amounts of stocks, insiders have been liquidating. In fact, as Goldman calculates, insiders have sold close to Rmb50bn A shares in the past three months, and a further Rmb1.9 trillion of lockup shares will be released in 2H19. 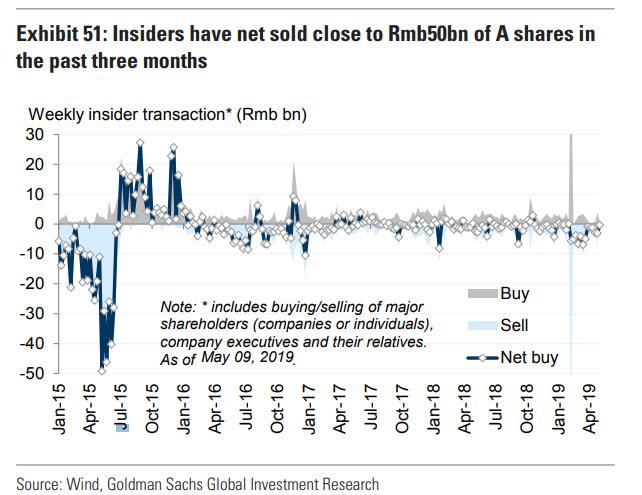 What does all this mean? Well, as long as rates are low enough and companies can continue to sell bonds and use the proceeds to buyback their own shares, the world’s credit investors have become the defacto anchors to both the US and Chinese stock market. Incidentally, this is merely the latest reason why rates simply can not go up: when companies can no longer afford to sell bonds and buyback their own shares, that’s when the next big move lower in global asset prices will begin.