One of the reasons for today’s latest, and quite remarkable turnaround higher in stocks, is that Friday’s University of Michigan consumer sentiment report showed that, following a small dip in April, in May US consumers responded with a surprising surge in confidence, led by a spike in expectations, i.e., “hope”, which helped the overall survey print at the highest level in 15 years, or since January 2004.

Which, on the surface, is perplexing as a repeating argument for why various economic metrics have been sputtering lately is the renewed trade war with China. Meanwhile, in what appears to be a far more accurate survey of consumer sentiment, also on Friday Bank of America released its latest consumer confidence indicator, which found that “consumer sentiment has begun to turn down amid the latest news on trade.”

Specifically, according to the report by BofA economist Joseph Song, consumers reacted negatively to the escalation in the trade war, and the confidence indicator started to slip lower on May 11th, coinciding with the announcement that the US will raise tariffs on imports from China to 25% from 10%. 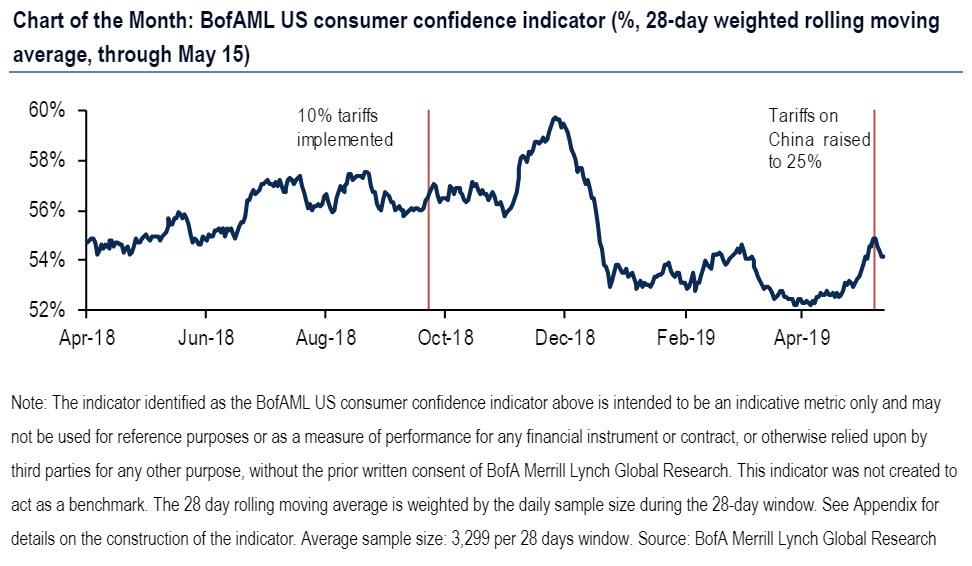 Digging into the details, BofA found that the deterioration in confidence was driven by a decline in both current conditions and expectations, diametrically opposite to what UMich found, beginning the question are US sentiment and confidence surveys – which clearly have the power to boost stocks, something which the president has clearly made a prerogative of his administration – just as manipulated as any “data” out of China?

Among the findings in the BofA report, is that the current expectations indicator had rebounded back to recent highs before the latest trade news, which the bank notes is “unwelcomed news as even a short term trade dispute could have a meaningful, albeit temporary, impact on spending.” 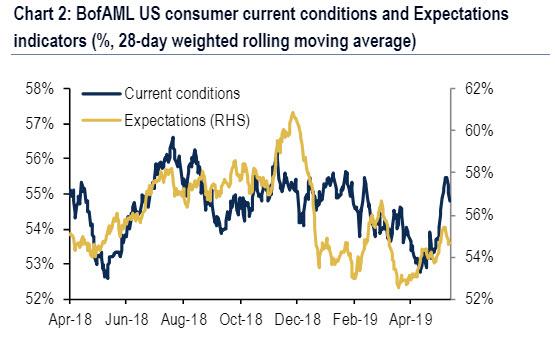 Case in point, when we asked respondents if they had reduced or delayed spending at the start of the year, roughly 48% reported some pull back with lower income households citing the government shutdown as the primary reason and upper income households noting the stock market selloff. 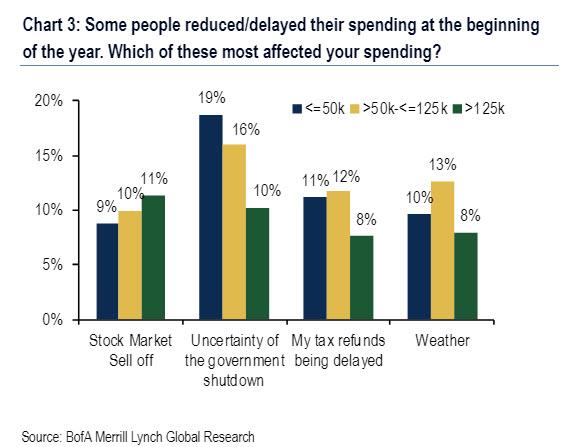 Naturally, a protracted trade war would have not just a dire impact on the S&P, with even uber-bullish JPMorgan now conceding that a full blown trade war would push the S&P back down to 2,550, but it would also have a substantial adverse impact on consumer spending.

Worse, as we noted in the latest SLOOS report, consumer borrowing conditions have been less favorable of late. According to the latest Fed Senior Loan Officer Opinion Survey for 2Q 2019, lending standards tightened on balance with more banks reporting tighter conditions than easier. 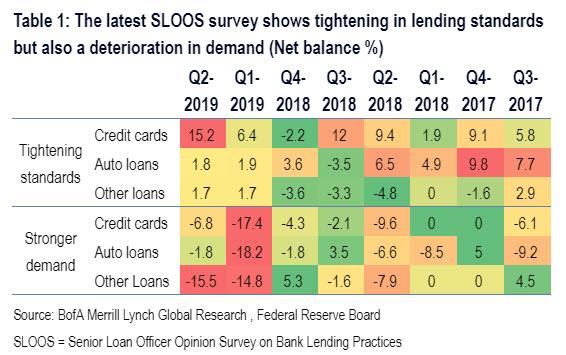 The tighter standards appear to be having a bigger impact on lower income households. When asked if it is easier or harder to get a loan, fewer lower income respondents are reporting it is easier compared to last year. 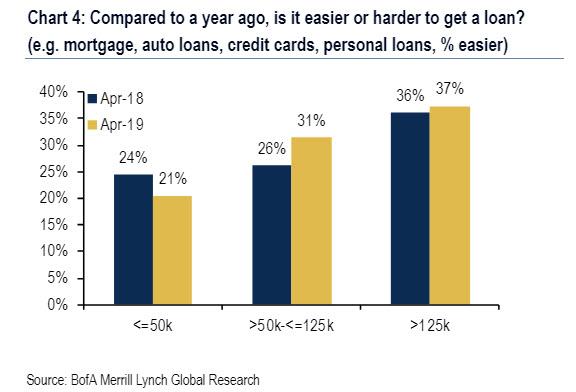 But worst of all is the argument we made first two weeks ago (and which Citi’s Matt King hammered in his latest presentation), namely that the economic weakness has nothing to do with credibility availability, and everything to do with credit demand, or lack thereof, with BofA also noting that “banks are reporting weaker demand for all consumer credit.”

We find two plausible reasons for the slowdown. First, there has been limited change in the consumer’s ability to pay off debt. When asked if it is easier or harder to make a minimum debt payment, we find little change from last year. 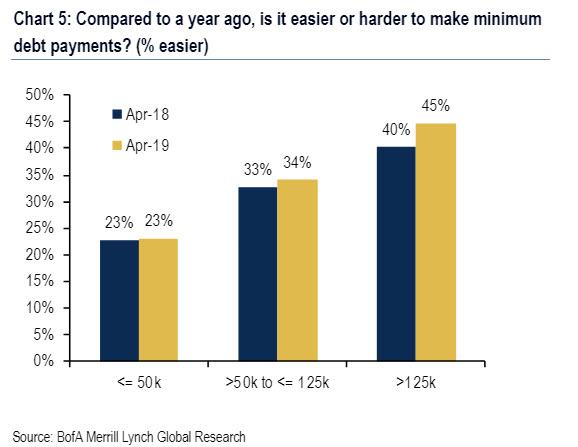 Finally, BofA also found that consumers are comfortable living within their means. When asked what respondents would do with more disposable income, majority of respondents continue to report that they would pay down debt or save more. As the bank concludes, “this isn’t all bad news: a more conservative consumer could lead to a more resilient economy.” 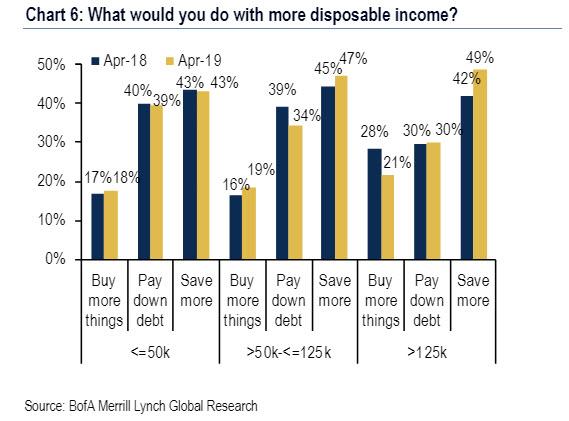