Kunstler: China & US “Are Beset By Dangerous Fragilities”

WASHINGTON – House Democrats, frustrated by President Trump’s efforts to stonewall their investigations and eager to stoke public anger about the president’s behavior, are pinning their diminishing hopes on Robert S. Mueller III yet again… Mr. Mueller, who was invited to testify by the chairmen of the House Judiciary and Intelligence Committees a month ago, has not agreed to do so.

Oh? Is that so? Do you wonder why Mr. Mueller might not want to open his aching heart to any House committee in the desperate, last-ditch effort to wring some impeachment joy juice from the already wrung-out narrative of his disappointing report? 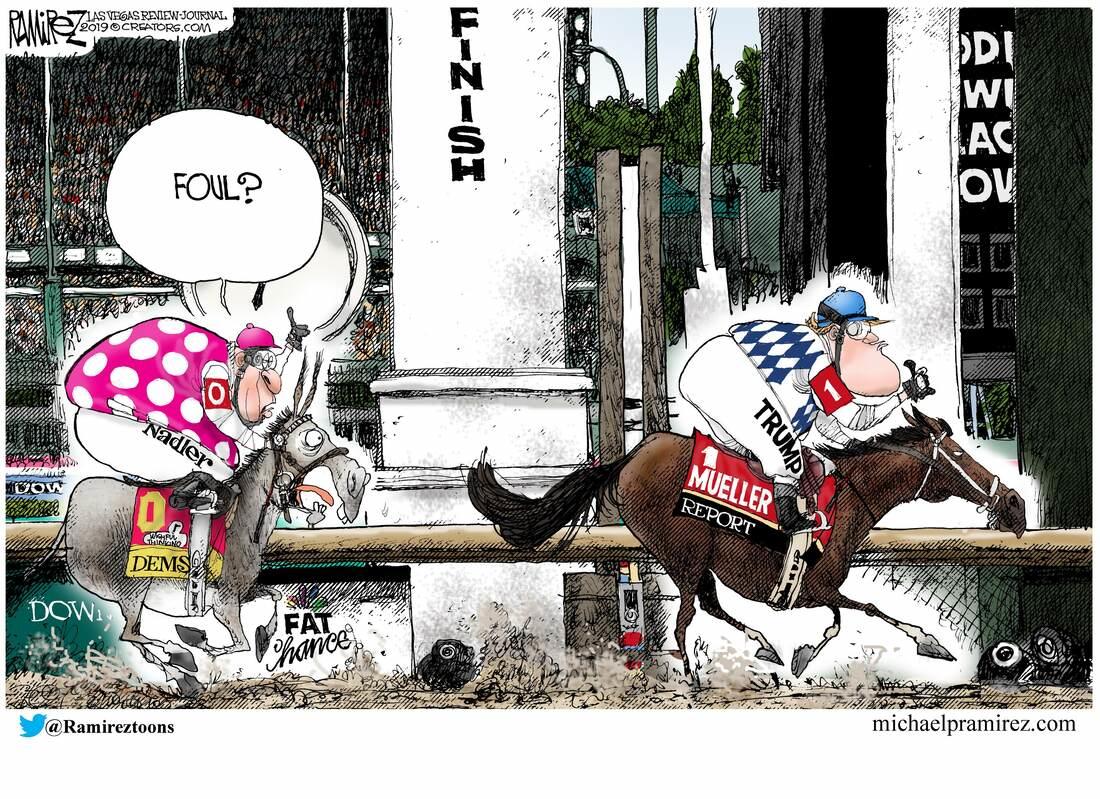 For the excellent reason that the minority Republican members of said committees get to ask questions too, and they are sure to be embarrassing questions, perhaps placing the Special Counsel in legal jeopardy.

why did Mr. Mueller not reveal publicly that his team, and the FBI, both knew from the very start that the predicating “corpus of evidence” for the two-year inquisition was written by Glenn Simpson and his hirelings at Fusion GPS, the Hillary Clinton campaign’s disinformation contractor — including “Russia specialist” Nellie Ohr, wife of the then Deputy Attorney General Bruce Ohr?

I could go on, but the above fact-nugget alone is enough to inform any sentient adult that the Mueller Investigation was an entirely political act of seditious subterfuge, and there are many other actionable nuggets of blatant mendacity in the 444-page report to inspire the convening of grand juries against a great many officials in orbit around Mr. Mueller. So, don’t expect Mr. Mueller to show up in any congressional witness chair, though he may occupy one in a courtroom around the time that the next major election is in full swing.

Here’s what will actually happen. These House majority committee chiefs are going to quit their blustering over the next week or so as they discover there is no political value – and plenty of political hazard – in extending the RussiaGate circus. In the meantime, a titanic juridical machine, already a’grinding, will discredit the whole sordid affair and send a number of hapless participants to the federal ping-pong academies. And by then, the long-suffering citizenry will barely give a shit because we will have entered the climactic phase of the Fourth Turning (or Long Emergency, take you pick), in which the operations of everyday business and governance in this country seriously crumble.

The Golden Golem of Greatness will be blamed for most of that. The internal contradictions of Globalism were already blowing up trade and financial relations between the US and China. The Trump tariffs just amount to a clumsy recognition of the fatal imbalances long at work there. As a 25 percent tax on countless Chinese products, the tariffs will punish American shoppers as much as the Chinese manufacturers. Trade wars have a way of escalating into more kinetic conflicts.

The sad truth is that both China and the US are beset by dangerous fragilities.

Both countries have borrowed themselves into a Twilight Zone of unpayable debt.

Both countries are sunk in untenable economic and banking rackets to cover up their insolvency.

China’s fate hangs on distant energy supply lines that run through bottlenecks like the Straits of Hormuz and the Straits of Molucca. The US has been producing torrents of shale oil at a net financial loss — a business model with poor long-term prospects.

The temperament of the Chinese people is conditioned historically by subservience to authority, which tends to blow into anarchic rage quickly and catastrophically when things go wrong. The US populace, sunk in decadence, despair, distraction, and delusion, moves sluggishly toward unrest — and for the time being expresses its discontent only in ceremonial narcissistic grievance.

The quarrel between the US and China now threatens to suck the rest of the world into a global business depression, which is what you might expect when globalism seizes up and the global players start scrambling desperately to keep any kind of economy going. The danger then will be that the disgruntled populations of these many lands could become as delusional as Americans, and equally inclined to international violence. There could be all kinds of fighting in all sorts of places while everybody goes broke and hungry. And meanwhile, Robert Mueller meets his protégé Jim Comey for the ping-pong championship of Allenwood federal penitentiary.