Alexandria Ocasio-Cortez (D-NY) grilled the CEO of Gilead over a life saving HIV drug that costs $1,780 per month ($21,360 per year) in the United States, yet just $8 in Australia. 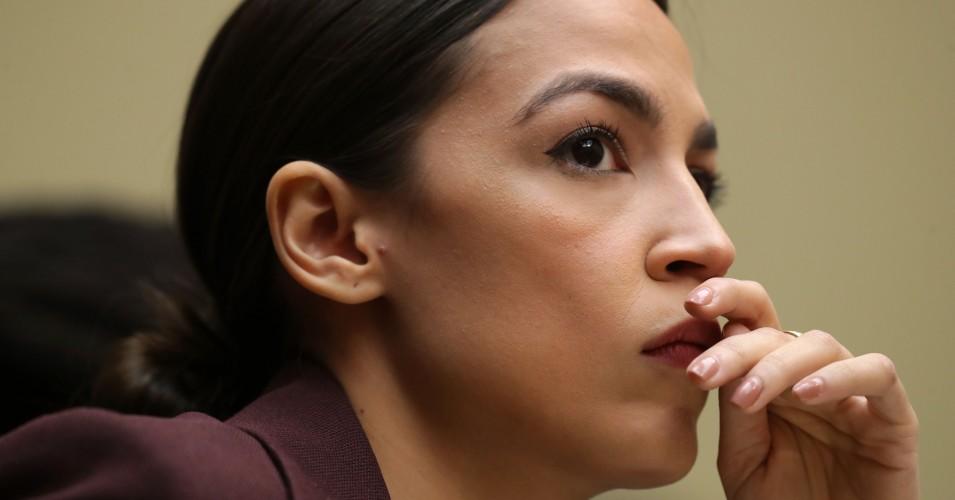 “You’re the CEO of Gilead. Is it true that Gilead made $3 billion in profits from Truvada in 2018?” Ocasio-Cortez asked Gilead CEO Daniel O’Day.

“The current list price is $2,000 a month in the United States, correct?” AOC then asked.

“Why is it $8 in Australia?” countered Ocasio-Cortez.

“I think it’s important here that we notice that we the public, we the people, developed this drug. We paid for this drug, we lead and developed all the patents to create Prep and then that patent has been privatized despite the fact that the patent is owned by the public, who refused to enforce it,” shot back the Congresswoman. “There’s no reason this should be $2,000 a month. People are dying because of it and there’s no enforceable reason for it.”

As the Washington Post reported in March, Gilead’s development of Truvada was “almost fully funded by US taxpayers.”

In 2012, Truvada became the first drug ever approved to prevent HIV, the virus that causes AIDS. Fast forward seven years, and US patients are having a hard time receiving treatment, known as PrEP.

“We are suffering under the weight of your company’s pricing,” said neurologist and co-founder of the PrEP4All Collaboration, Aaron Lord – which has petitioned the Trump administration over the cost of Truvada, according to Bloomberg. “Why not lower the price of Truvada to $15 a month?”

According to the Post, the US government patented the treatment in 2015, but has “opted not to file an infringement suit to enforce” the patent.

O’Day, meanwhile, said that the CDC’s patents are invalid, adding “Gilead invented Truvada, no one else.”

While Gilead created the drug, the U.S. government was heavily involved in making the use of it for prevention a reality. The CDC did early experiments on monkeys that suggested that the two compounds that make up Truvada were more effective than one for prevention. The federal government also obtained patents on the use of the compounds in Truvada for HIV prevention. Those patents weren’t widely known until AIDS activists discovered them recently. –Bloomberg

The US government also sponsored a trial, the results of which were published in 2010, which established the efficacy of Truvada for the prevention of HIV in humans.

The CEO called the company’s deal with the federal government to donate up to 2.4 million bottles of Truvada annually to help treat uninsured Americans at risk for HIV “one of the largest ever donations of medicine.” The effort, which was announced last week, coincides with a call by President Donald Trump during his State of the Union address in February to put an end to the HIV epidemic.

Truvada generated $3 billion in revenue for Gilead last year, including $2.6 billion in the U.S. The price had risen more than 50% since the drug was approved for prevention, to $1,780 a month, according to data compiled by Bloomberg Intelligence. –Bloomberg

In Australia’s state of New South Wales, HIV diagnoses plummeted 25% for gay and bisexual men after Truvada was widely distributed for prevention, according to a study published in the journal Lancet HIV last year.